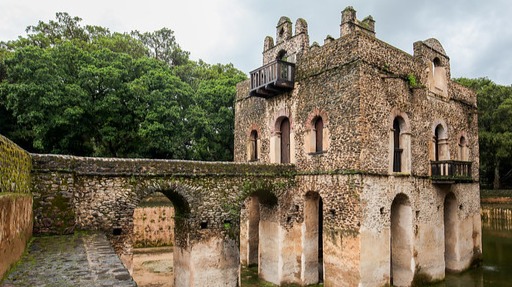 The Palace Of Fasiledes' Bath, Ethiopia

If you missed my previous blogs about nearby Fasil Ghebbi, be sure to check them out. The history of those buildings are intertwined with this one.

Located about 2.5 kilometers from Fasil Ghebbi in Gondar, Ethiopia, is Fasiledes' Bath. It was built during the time of emperor Fasiledes in the 17th century. The palace is thought to have been the summer retreat for the royal family. In modern day it's home to the Timket Festival, which celebrates the baptism of Jesus in the River Jordan. This was by far my favorite of the palaces in Gondar. 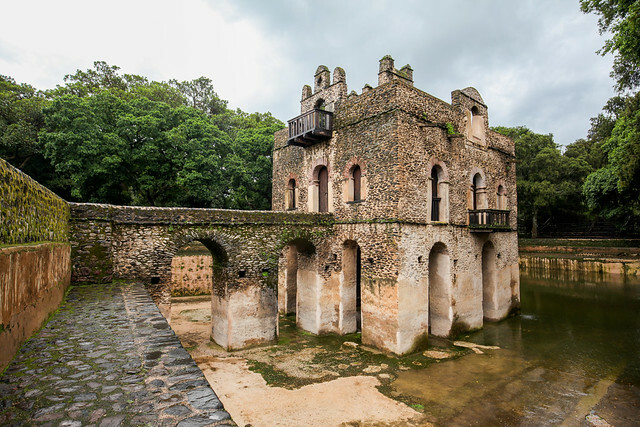 1: The palace itself sits upon 9 pillars within a massive swimming pool. The water from the pool is redirected through a canal fed by a nearby river. When not in use the pool is kept dry, but it can start to fill up during the rainy season, as it has done in this photo. 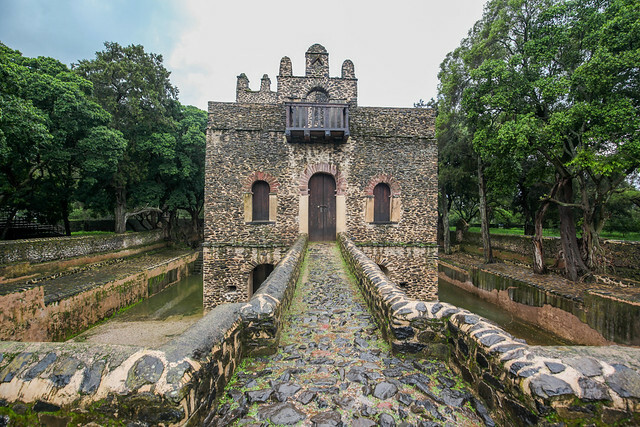 2: The front facade of the building along with bridge leading up to it. The bridge and front door is the only entrance to the building. The pool is meant for recreation, but it also acts as a moat. It would be very difficult for an intruder to enter the building without using the bridge. 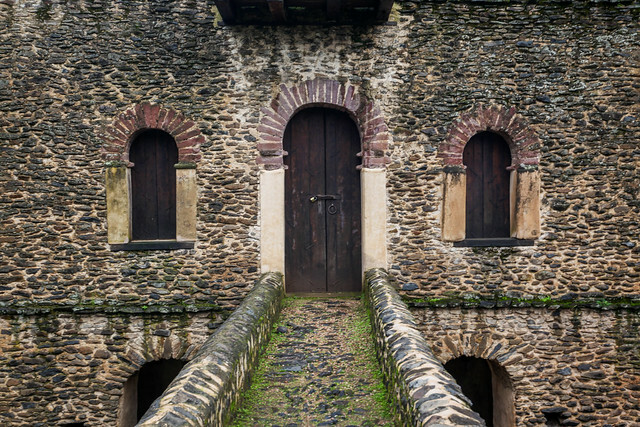 3: The building is in excellent shape, and has been subject to restoration efforts. Like Fasil Ghebbi, it is a UNESCO world heritage site. It is in much better condition than nearby Fasiledes' castle. It makes me wonder how the interior looks. 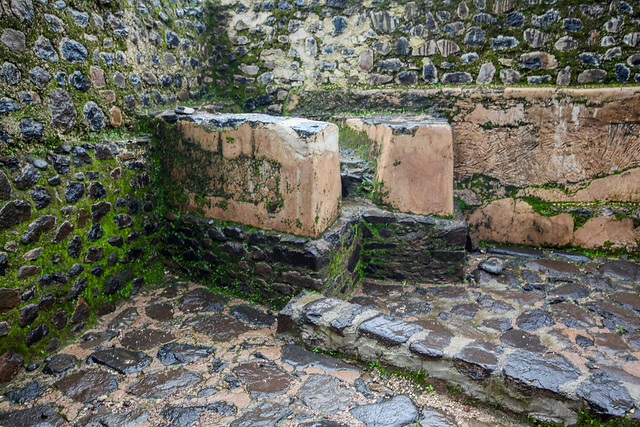 4: Here you can see the water inlet for the pool. The flow of water is controlled via an outside canal. In the modern day, the pool is only filled for the Timket celebration in January. 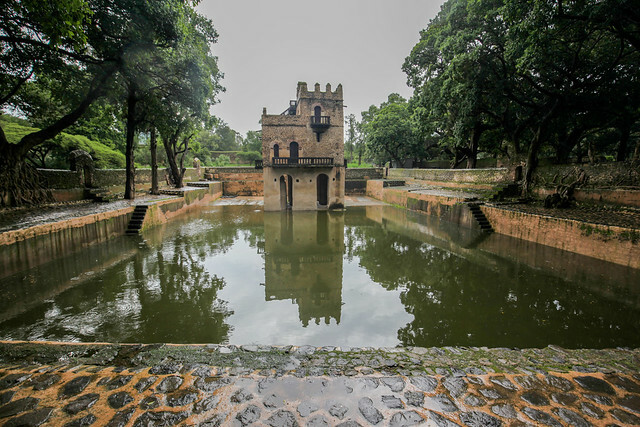 5: From this angle you can get a better sense for the size of the pool. About 80% of the floor surface is covered with water from runoff from the rainy season. The pool is cleaned and filled with clean water every year for the Timket festival, which is celebrated on January 19th. The water itself is blessed by priests to make it holy, and is said to have healing powers. Thousands of pilgrims crowd the area, and jump into the pool. Some even jump in from the surrounding Banyan trees. 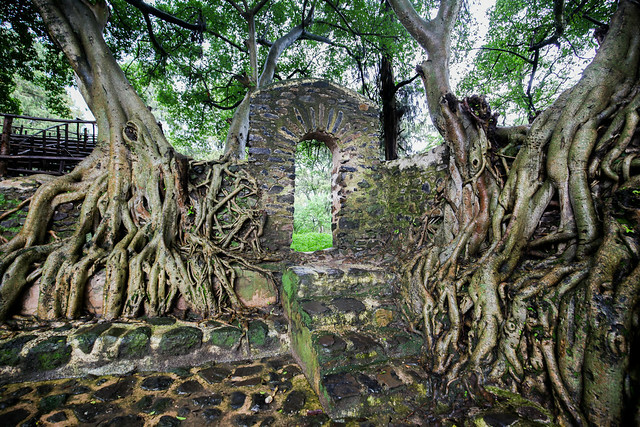 6: The walls surrounding the pool are covered in Banyan trees. These are the same type of trees that you see strangling the temples at Angkor Wat in Cambodia. In time these trees will completely destroy these sections of wall. 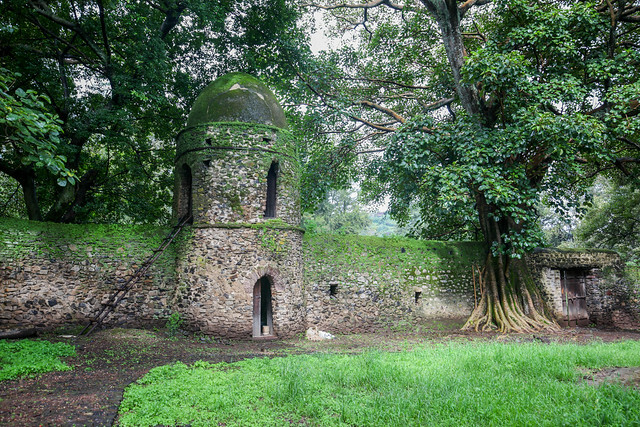 7: The perimeter wall has a number of these guard towers with egg-shaped roofs. This particular tower is used by the modern day resident security guard. To the right is a large banyan tree next to a gate. You can exit through that gate to see a massive banyan tree and the nearby horse's grave. 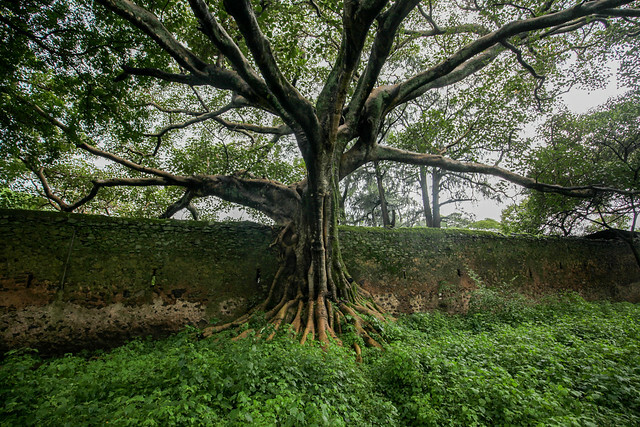 8: Even my 16mm lens couldn't capture the entirety of this massive banyan tree. It has roots growing down both sides of the wall. Despite that, the wall seems to be remarkably intact. 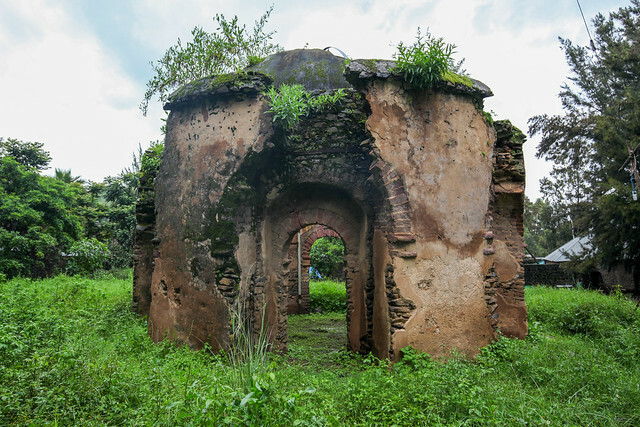 9: Several meters from the bath outside the wall is this horse's grave. It is referred to as a horse cage on the local signage. My guide said a revered royal horse was buried here, and this small building was erected over the burial site in commemoration. 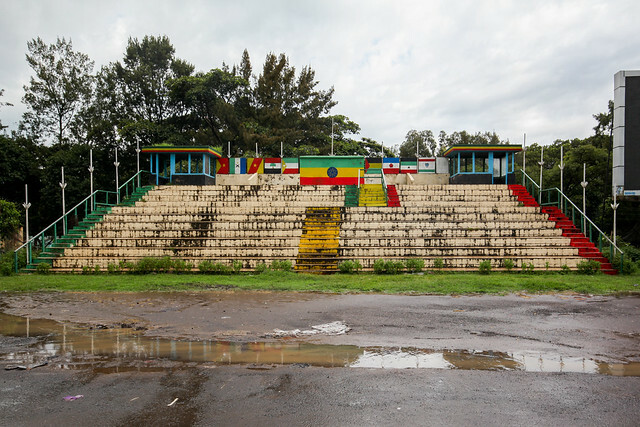 10: Right outside the gate for Fasiledes' Bath is a parade ground and stands. I was told by my guide they date back to the time of the communist Derg, who ruled over Ethiopia from 1974 - 1987. It is not clear whether or not they are used in present day, but they aren't in the best shape.