In case you missed my previous post about Fasil Ghebbi, be sure to take a look at Part 1.

Continuing on from Fasilides' castle we'll take a look at some other features of the compound, including buildings commissioned by his son Yohannes I, and grandson Iyasu. 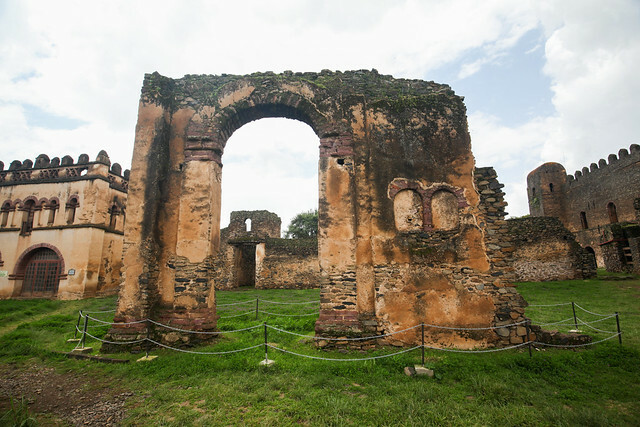 1: The ruins of Fasilides' auditorium are located right outside of Fasilides' Castle. If it was an auditorium, it must have been a fairly large building. This entryway and a couple of wall sections are all that is left. 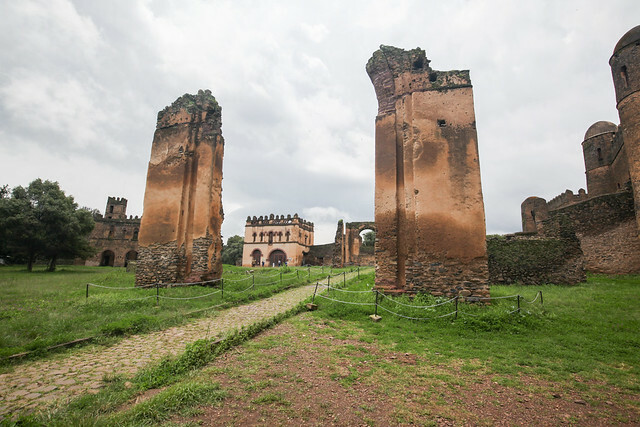 2: What remains of an archway frames the royal library. 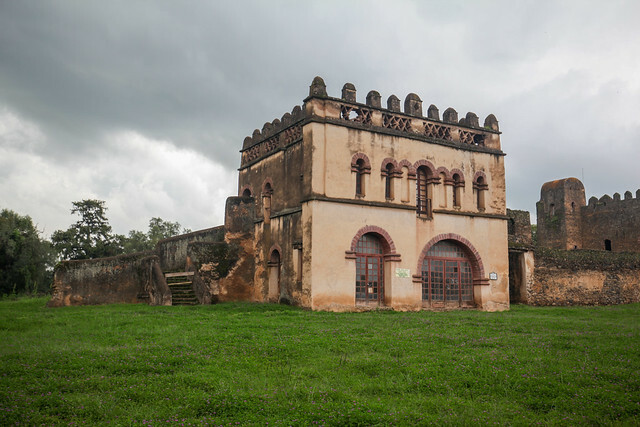 3: The Royal Library commissioned by Yohannes I, who reined between 1667 to 1681. The plaster work and other recent restorations were performed by the Italians when they occupied the site during the 1930s. 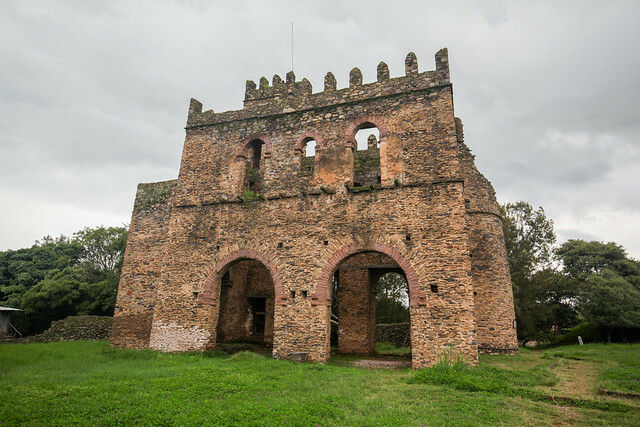 4: The Royal Archive was also commissioned by Yohannes I, but it did not fare as well as the libary. It's now just a roofless shell. 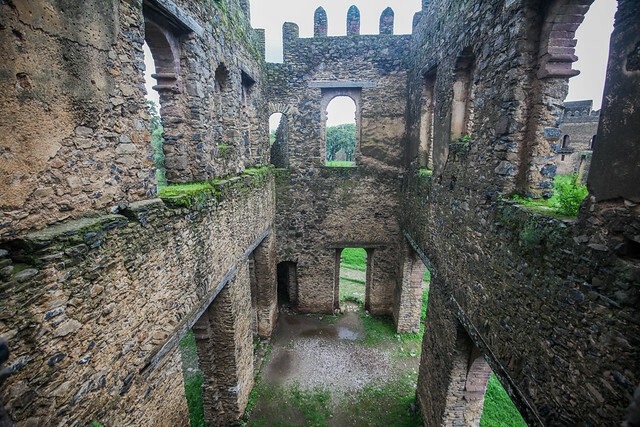 5: Despite most of its features being gone, the external steps to the second floor of the archive are still intact. This gives you the opportunity for an arial view of the interior and also some of the surrounding landscape. 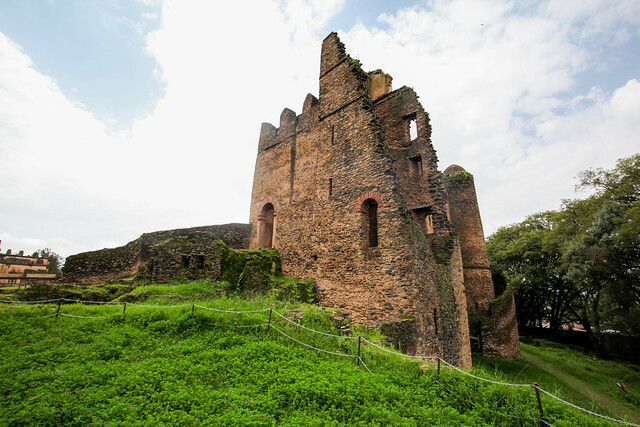 6: The Palace of Iyasu I was commissioned by Yohannes I successor, Iyasu I, who reined from
1682 to 1706. It lies in ruins. I was told of all the buildings in the compound, this one was the most lavishly appointed. 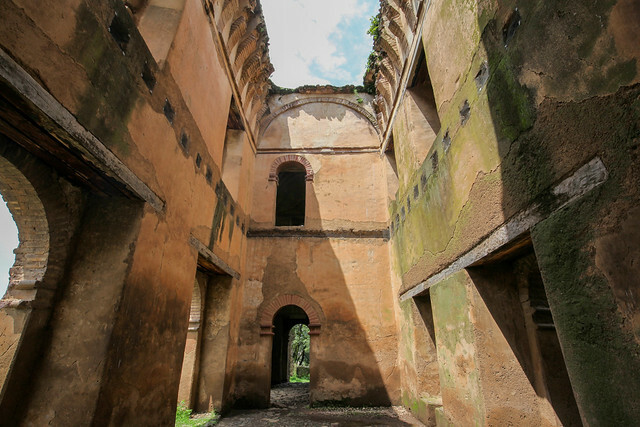 7: The interior of the Palace of Iyasu I. About half way up the walls, you can see the slots where the wooden beams would have been installed to support the second floor. The slots have been covered with mesh to prevent pests from taking up residence in them. The arched ceiling has long been collapsed, but you can still see the bases of the arches. 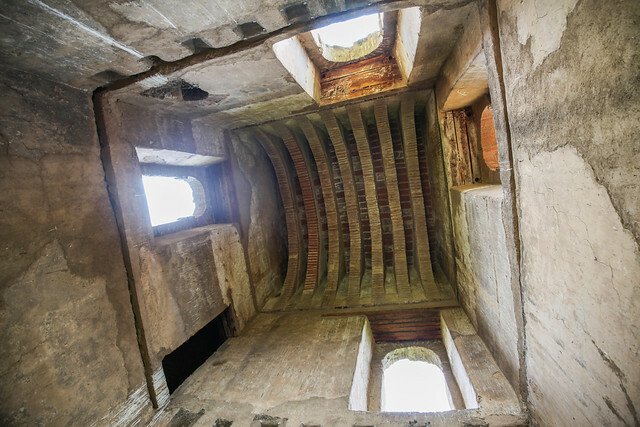 8: The arched ceiling in one of the smaller rooms remains intact, so you can get an idea how the main ceiling was constructed. 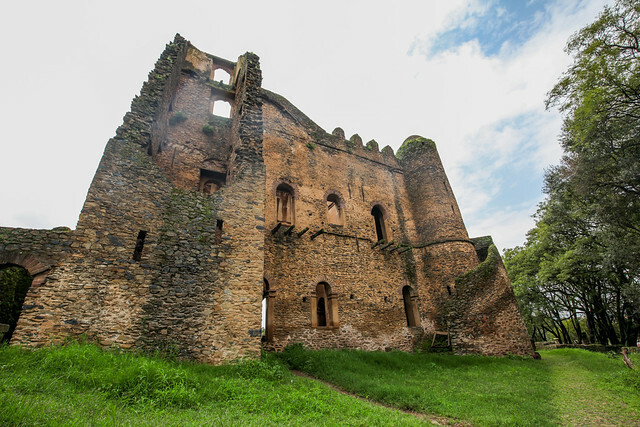 9: From this angle you can get a better view of the collapsed main tower, as well as the intact round tower. 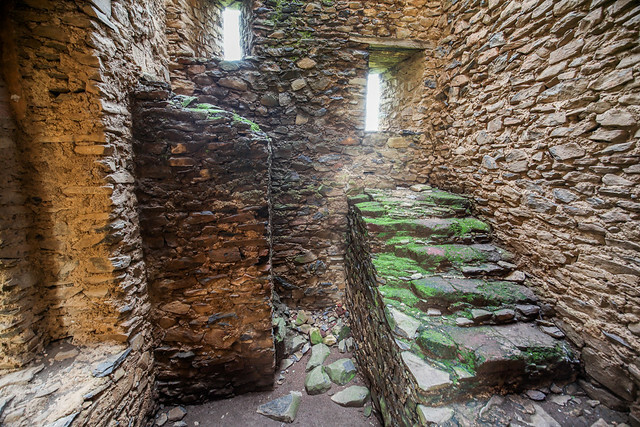 10: Inside the collapsed tower, you can see the remnants of the staircase that once wound its way up to the top. 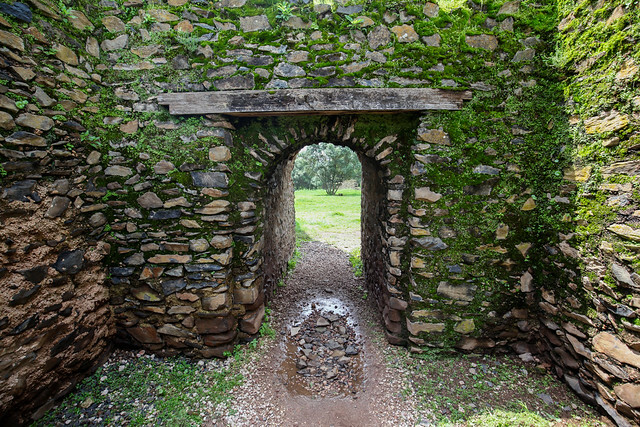 11: The conditions are just right around this doorway for moss to thrive. I thought it made for an interesting photo.

Thanks for dropping by! In part 3 we will continue to explore Fasil Ghebbi and its historical buildings. I hope that you enjoyed my travel photos and commentary, and will return for more travel content in the future.