For this blog post we return to Addis Ababa, Ethiopia.  For such a large city, Addis Ababa, Ethiopia doesn't have a whole lot to offer in terms of tourist activities.  You could see most of what the city has to offer in just a few days. Mount Entoto, which stands on the outskirts of the city, offers great views, fresh air, and a great escape from the hustle and bustle of the city.  The mountain is covered in eucalyptus trees imported from Austrailia during the rein of Emperor Menelik II almost 130 years ago.  If you happen to visit Addis Ababa, visiting the mountain is an absolute must. 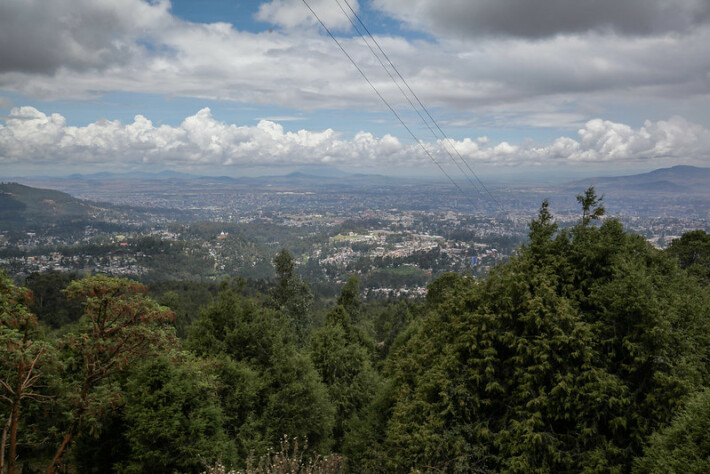 1: When you reach the top of Mount Entoto which stands at 3200 meters tall, you are rewarded with great views of the sprawling city of Addis Ababa. The city itself is at around 2300 meters above sea level. Fun fact: Addis Ababa means 'new flower' in Amharic, the local dialect. 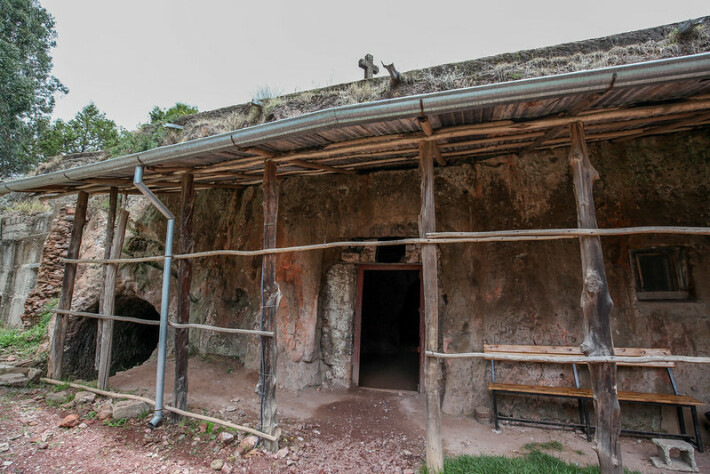 2: Emperor Dawit Cave was carved out of solid stone during the 14th century, and was the location where Menelik II was later wed to Etege Taitu.   The practice of carving churches from stone is a storied one in Ethiopia, and you can see exquisite examples of rock-hewn churches in my previous blogs. 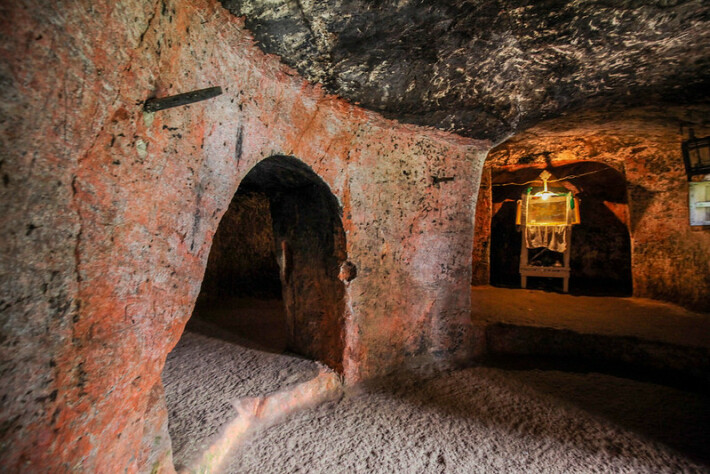 3: If you look closely, you can see the chisel marks on all the surfaces, and the ceiling is black with soot. 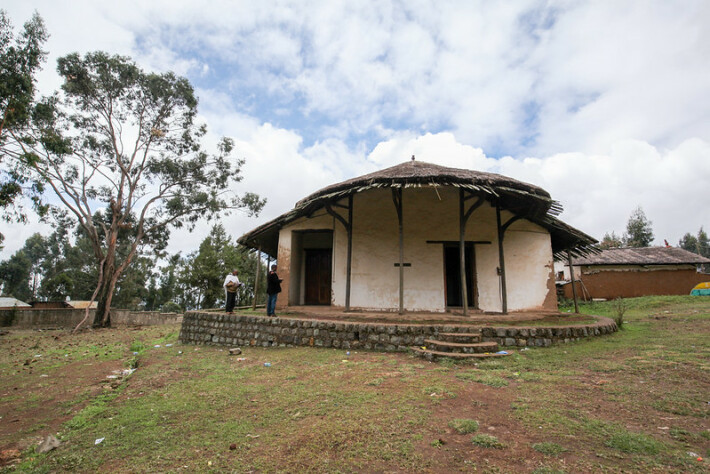 4: Entoto Menelik II Palace is where the emperor Menelik II first established the capital of Ethiopia. He later relocated the capital nearby to the lower elevations of the current city of Addis Ababa. 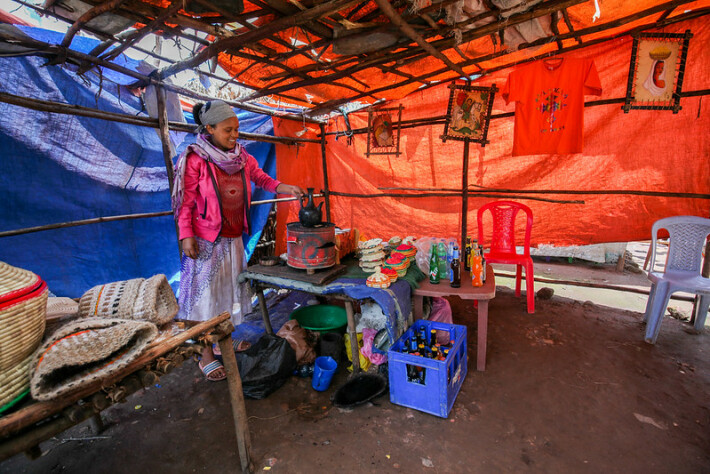 5: There are several simple coffee stands available on Entoto Mountain such as this one. As far as I'm concerned, Ethiopia has the absolute best coffee. It's even better in Ethiopia itself, where it is hand-roasted and served from a traditional jabena. 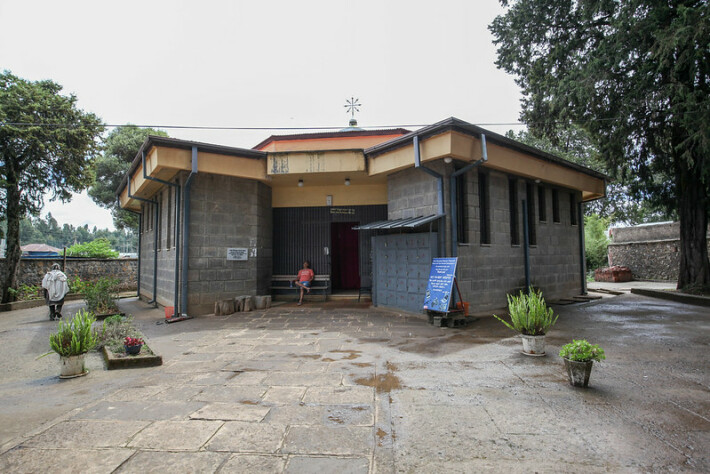 6: The Entoto Maryam Museum is home to many artifacts associated with the reign of Menelik II. These items include royal crowns and robes. 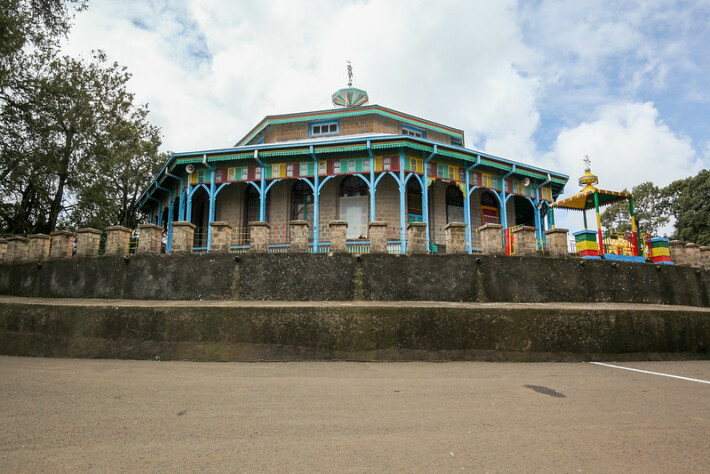 7: Entoto Maryam church is where Menelik II was crowned emperor of Ethiopia in 1889. He had formerly been king of Shewa, but had consolidated his power to include all of Ethiopia.  Menelik II is known for modernizing Ethiopia. 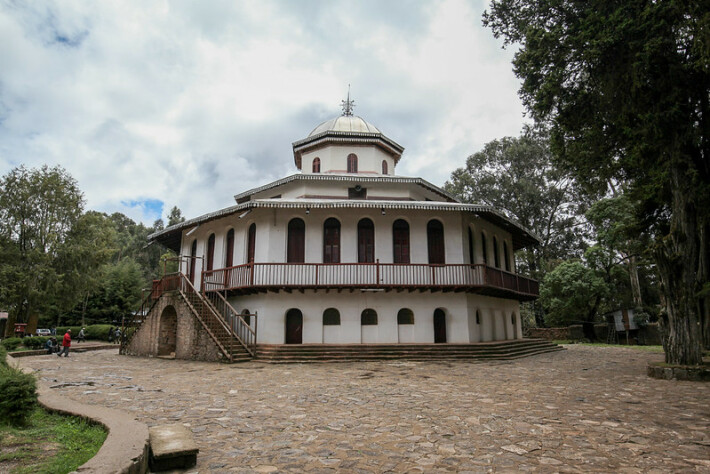 8: The Saint Raguel church is the oldest church in Addis Ababa, having been built in the early 1880s. 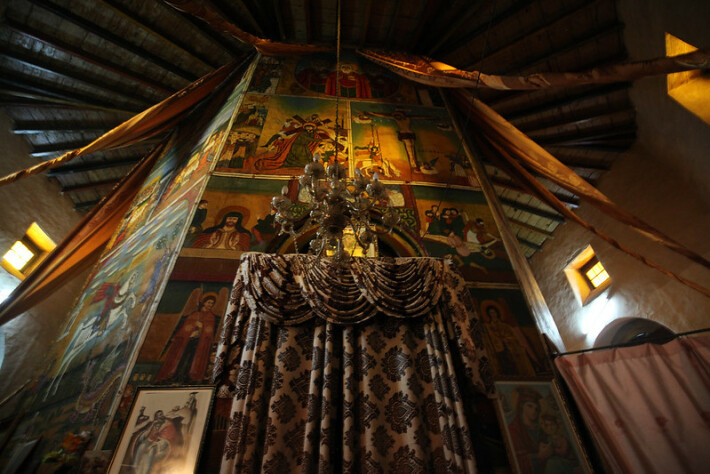 9: The center of the church has a small hexagonal room at the center, with a curtained entrance. This room is referred to the Holy of Holies. As with all churches of these type in Ethiopia, the Holy of Holies contains a replica of the Ark of the Covenant. 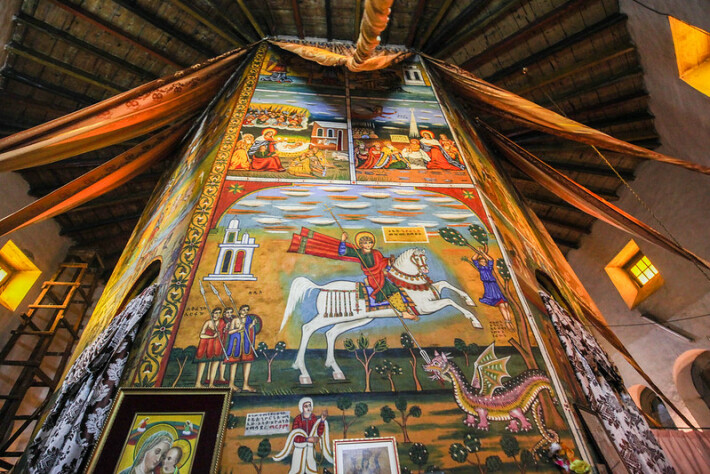 10: This central room is covered with vivid and well-preserved religious artwork that dates back to the original construction of the church. On another side of room, we have a depiction of St. George slaying the dragon, my favorite saint from Christian mythology.