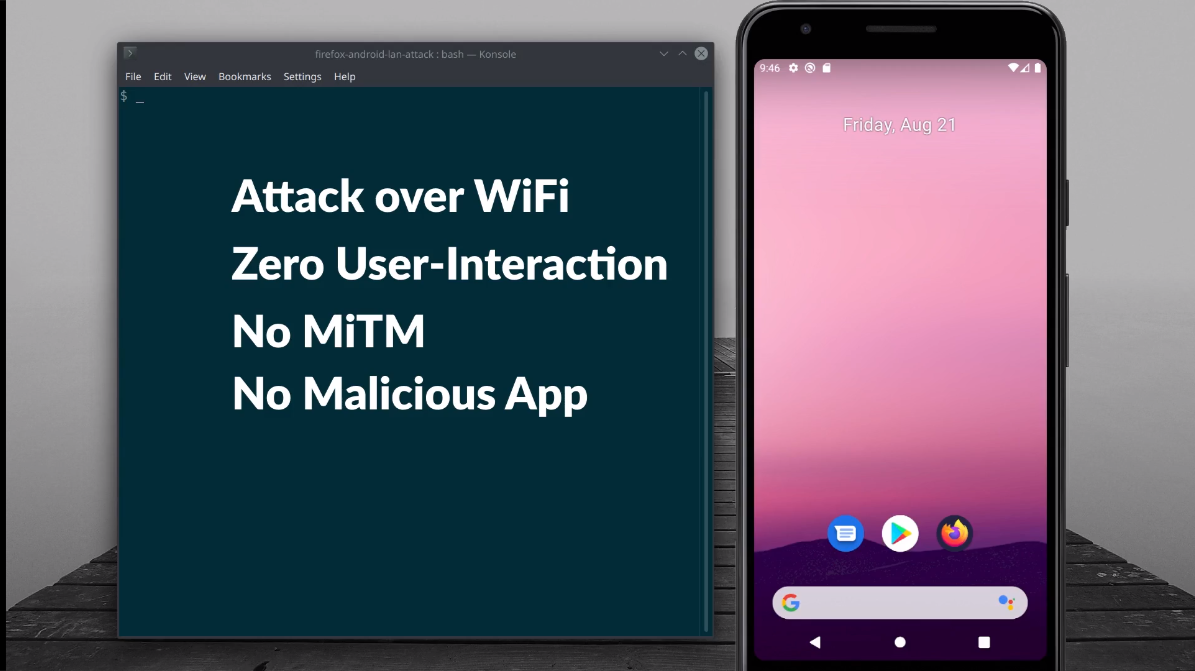 Last month Mozilla has patched and disclosed a serious vulnerability affecting its mobile browser Firefox for Android devices urging their users throughout the end of summer to update to Firefox v79 as soon as possible. The bug was reported to Mozilla earlier in the summer by Chris Moberly an Australian security expert working for GitLabs.

The vulnerability allows an attacker to target everyone on the same Wi-Fi network forcing their Firefox mobile browsers to be redirected to malicious sites, even opening a backdoor for forcing installation of a malicious Firefox extension.

An attacker once equipped with a device containing the script could be targeting publicly open Wi-Fi networks such as airports or conferences to instantly force the active mobiles with Firefox browser on the network to be affected.

The below video is a demonstration by @LukasStefanko of the attack forcing Firefox browsers to be instantly redirected to a web page.

The above demonstration makes use of a script which floods the network with malformed SSDP packets which is at the heart of this vulnerability. The actual vulnerability comes from the Firefox SSDP (Simple Service Discovery Protocol) which is a mechanism through which Firefox searches other devices on the same network for content sharing purposes.

With that being said it's best you ensure that if you are using Firefox on your Android device you are on the latest version to minimise the chances of someone sniffing on your stuff.