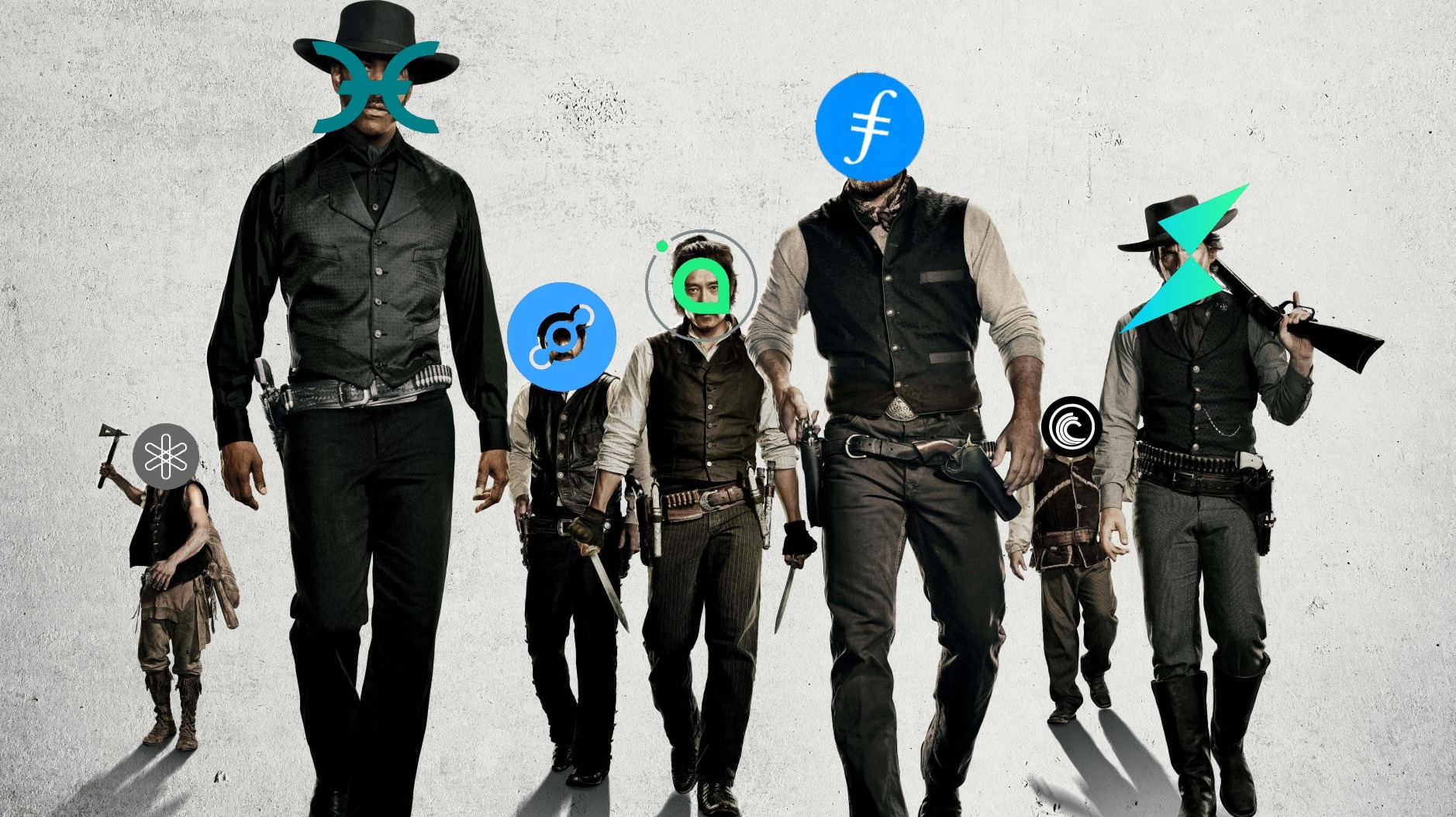 In this article, I will take a look at the seven altcoins that increased the most over the past seven days (March 26th – April 2nd). Note these are top gainers in top 100, there are other projects that have gained more that have smaller market caps.

It decreased shortly afterward before making another breakout attempt. On April 2, it reached another all-time high price of $0.0209.

If it continues moving upwards, HOLO will find the next resistance at $0.023. This is the 4.61 external fib retracement of the previous downward movement and could potentially act as the top. 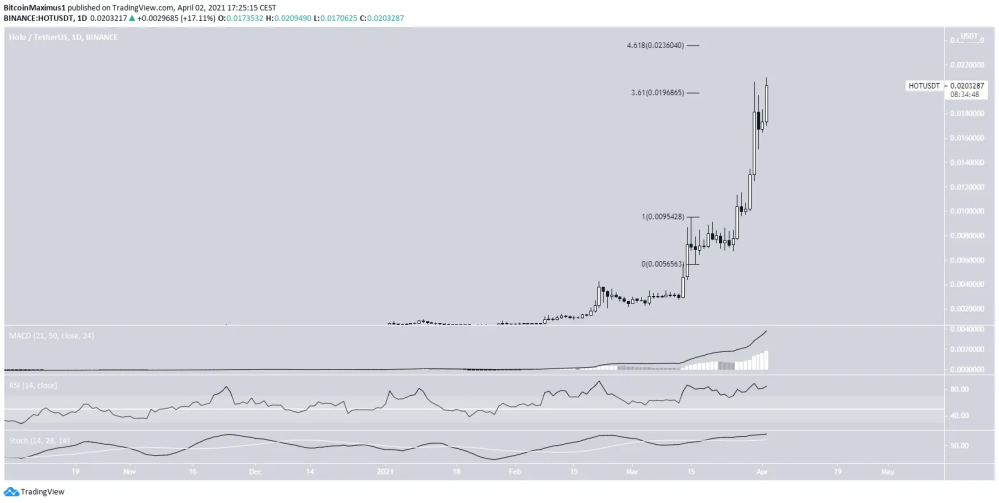 FIL has been increasing parabolically since Feb. 23. On April 1, it reached an all-time high price of $238. However, it created a shooting star candlestick and has decreased today. The shooting star is seen as a bearish reversal sign.

Since FIL has also moved above the 4.618 external fib retracement, it may have completed its upward movement. 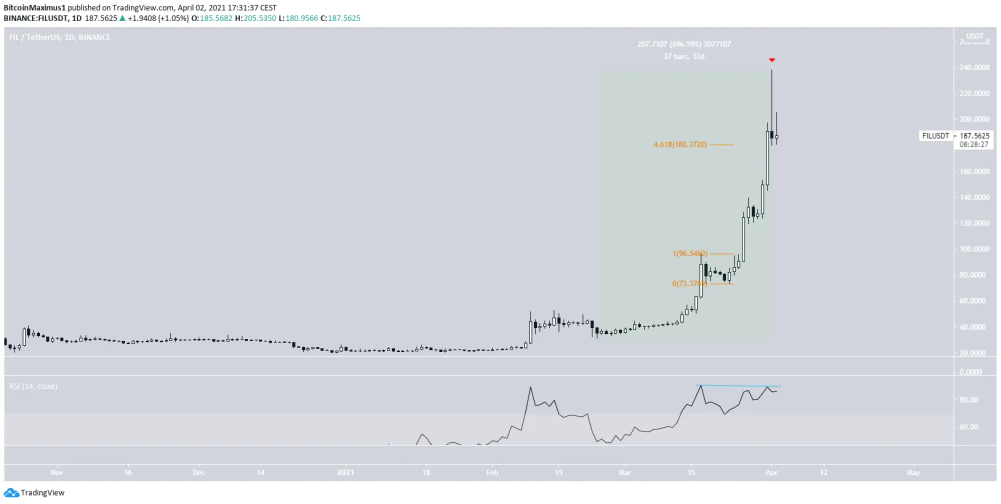 BTT has been increasing at an accelerated rate since March 13.

While it is still increasing, the RSI has generated bearish divergence.

Also, BTT has reached the 4.618 external fib retracement of the most recent drop.

Therefore, it is possible that it will soon being a downward movement. 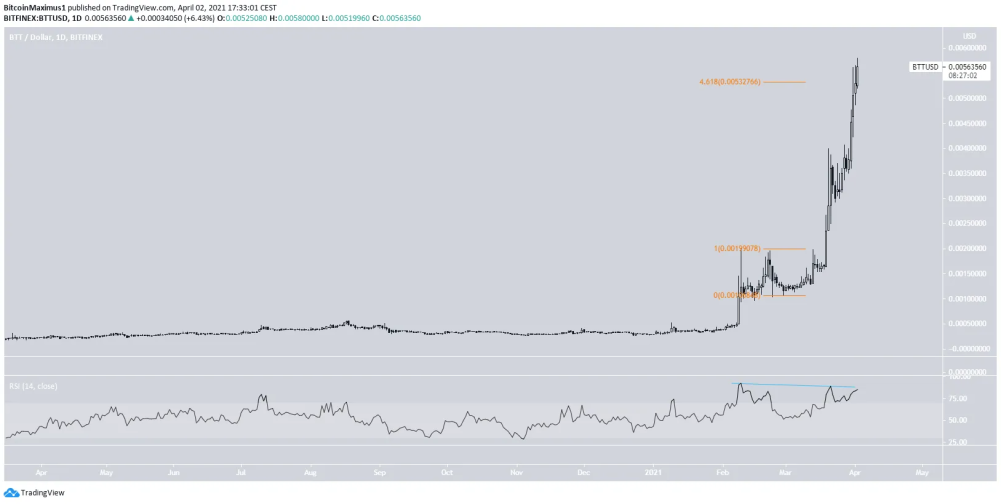 SC has been increasing since the beginning of March. Currently, it is trading right at the $0.03 resistance area. It has not traded above this level since Jan. 2018.

However, technical indicators are bullish. Therefore, SC may break out and move towards the next resistance area, found at $0.045. 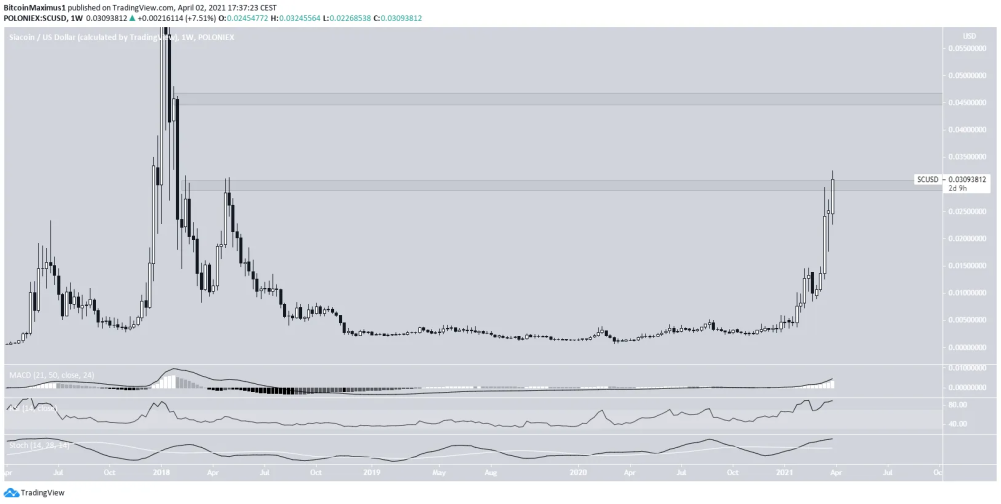 On March 27, HNT broke out above the previous all-time high resistance area of $9.70.

After re-testing it as support, it began another upward movement and reached a new all-time high of $15.19 on April 2.

Technical indicators do not yet show any weakness. Furthermore, the bullish impulse does not seem to be complete.

Measuring from the previous drop, HNT could increase towards $17 and potentially $20. 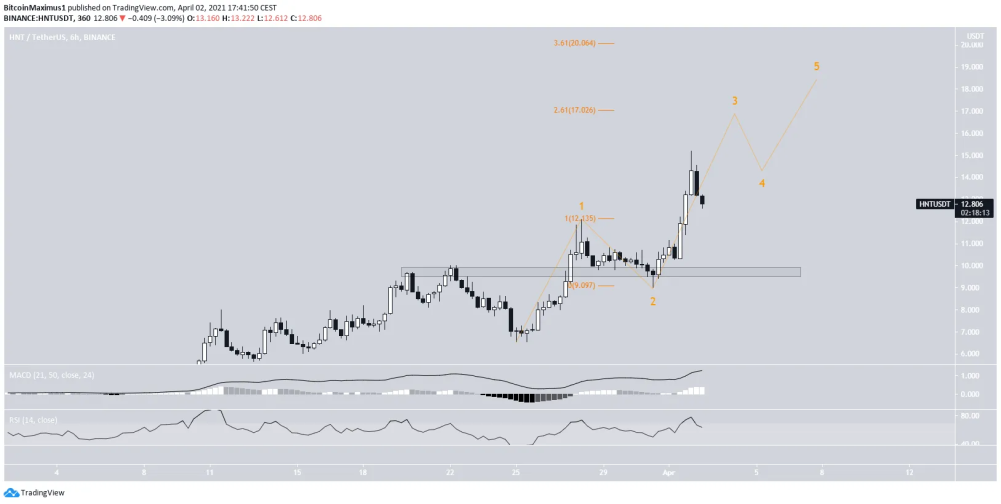 RUNE has been increasing since bouncing on a parabolic ascending support line on March 25.

While the rate of increase is not sustainable, RUNE has not yet shown significant weakness.

A close below the parabolic ascending support line would invalidate this possibility. 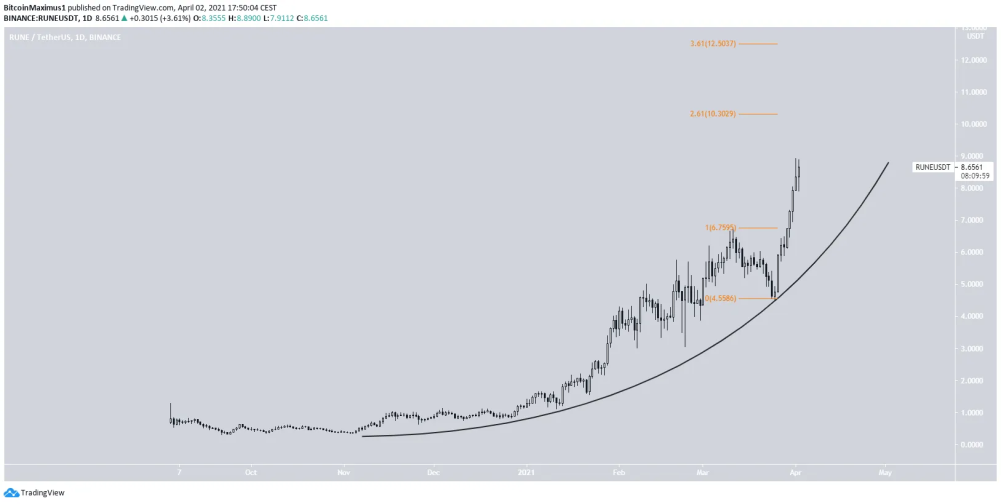 DENT has been increasing parabolically since March 19. SO far, it has moved upwards by 370%.

However, the RSI has generated bearish divergence.

Also, the upward movement is nearly a straight line. Therefore, it would make sense for DENT to reach a top soon and begin to correct. 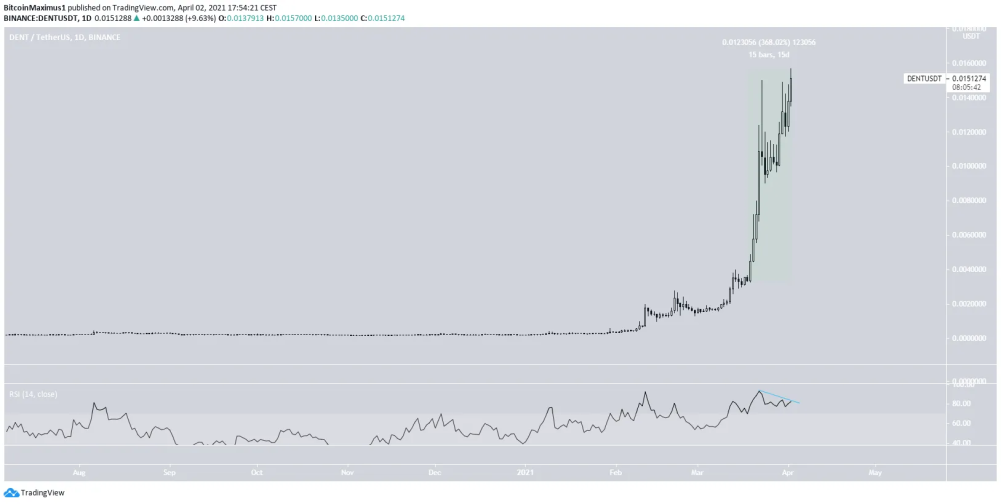