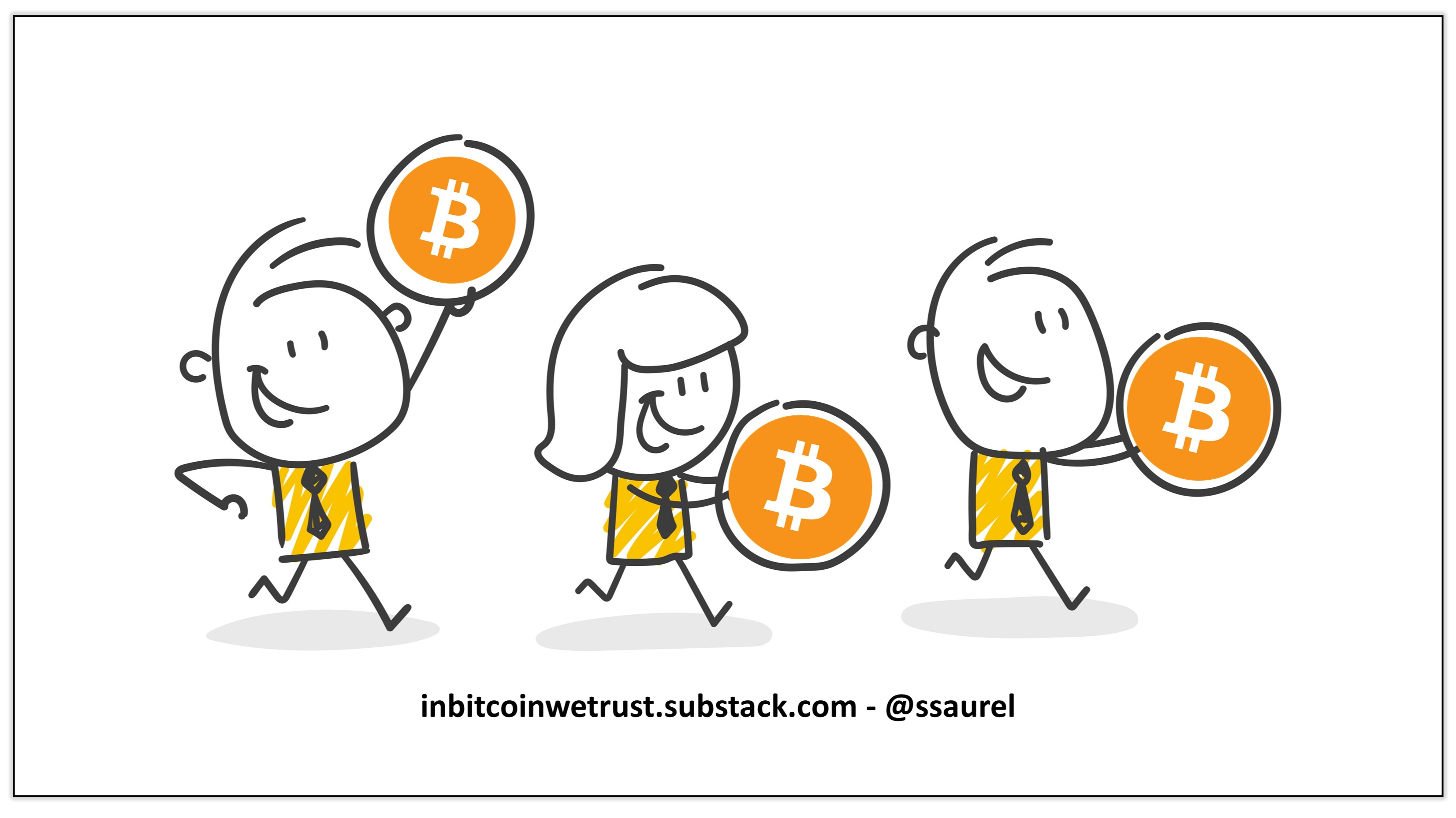 (*): If you fundamentally believe in the Bitcoin revolution.

Sentiment in the Bitcoin market is not looking good right now. It's red and gloomy, according to the Bitcoin Fear & Greed Index. One day is like another with extreme fear that never seems to end.

Under these conditions, the fear of a Bear Market is back in the spotlight. Some people are now talking about nothing else. On Twitter and other social networks, there is a never-ending battle between supporters of a Bullish scenario for the coming months and supporters of a Bearish scenario.

As you know, I am a Bullish scenario supporter. I have already explained to you that I believe that the price of Bitcoin could still reach $100K in 2022. As always, this is just my opinion, and I could be wrong. If I was, I would honestly admit it, because nobody is perfect, including me of course.

In the meantime, if you are afraid of a coming Bear Market, are paralyzed by the idea of accumulating more BTC right now, or are even tempted to sell your Bitcoin, I will remind you of what Warren Buffett said in 1977 in the letter he wrote to the shareholders of Berkshire Hathaway.

But he's an old man who hates Bitcoin... Why is he still talking about him? This is the type of message I get when I write articles about Warren Buffett or Charlie Munger.

As I explain every time, even though I think they are outdated when it comes to new technologies, which include Bitcoin, I believe they have incredible knowledge in many other areas. I would be wrong not to read their opinions simply because they don't understand anything about Bitcoin. Their history in the financial markets speaks for itself.

And generally speaking, I make it a rule to always listen to people who disagree with me, as long as their arguments are well constructed and they are respectful. That's how you can develop your critical thinking skills in life and move forward.

That being said, here is what Warren Buffett said at the time:

“We ordinarily make no attempt to buy equities for anticipated favorable stock price behavior in the short term. In fact, if their business experience continues to satisfy us, we welcome lower market prices of stocks we own as an opportunity to acquire even more of a good thing at a better price.”

Berkshire Hathaway's immense successes since then have clearly shown how excellent Warren Buffett's approach was. We are therefore entitled to be inspired by it as soon as we understand its deep meaning.

What is this deeper meaning?

Well, Warren Buffett tells us that as soon as he fundamentally believes in a business, he has no reason to doubt it because the price of its shares on the stock market is falling. This is part of market cycles. There are ups and downs. As an investor, you have to deal with it and take the long view to take full advantage of the opportunities that market drops offer.

When everyone is panicking, you need to focus on the fundamentals of Bitcoin and ask yourself the right questions

So when everyone is panicking, Warren Buffett will accumulate more shares of a company at a discount. If he believed in a company when the price of its stock was $69 and the fundamentals have not changed, he will strengthen his position when the price is at $38.

The question you need to ask yourself right now is the question Warren Buffett asks himself about the stock market: Have the fundamentals of Bitcoin changed since you bought BTC for over $50K?

I'll stop there, but there are plenty of signs that this revolution continues to move in the right direction in the future. From the moment you believed in Bitcoin at $69K, you can only see Bitcoin at $38K as an incredible opportunity to accumulate more at a reduced price.

To take advantage of this, you will of course need to be able to properly redefine your time horizon with Bitcoin. If you do, you'll see that this is a unique opportunity. To put your mind at rest, I urge you to stick to the only indicator that makes sense when it comes to investing in Bitcoins over the long term:

That's why if you're scared of a Bitcoin Bear Market, but fundamentally believe in the Bitcoin revolution, Warren Buffett's advice from 1977 applies here: the best thing to do is to seize the opportunity to accumulate more BTC at a discount, then be patient.