(IJCH) The Weird Names In The Cardano Project - What's Up With That? (Cool Anectdotes) 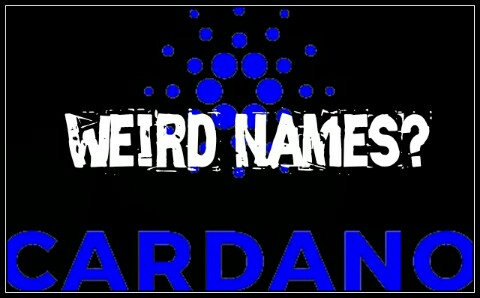 Salutations. I am JaiChai. And if I haven't had the pleasure to make your acquaintance, I'm delighte to meet you now.

In this article we look into the quirky names connected to The Cardano Project - the new cryptocurrency platform by Charles Hoskinson and the IOHK Research and Development Group; namely (pun intended):

What's In A Name? Linguistics is the scientific study of language, and involves an analysis of language form, language meaning, and language in context.

Etymology is the study of the history of words, their origins, and how their form and meaning have changed over time. By extension, the term "the etymology (of a word)" means the origin of the particular word.

Clear delineations between the many subsections of linguistics is difficult; mainly because there are instances where their practical functions overlap.

To cloud the issue further, differences of opinion abound over the countless nuances of semantics, pragmatics, phonetics, etc.

Sometimes, even the formal definitions of these subdivisions may differ from one academic institution to another.

But generally speaking, the broad field of linguistics is focused on a word's meaning within structured speech and chronological/cultural context; while etymology is a subsection of linguistics that deals with a word's origin, history, and how meanings evolve through the various epochs of history.

I have been fascinated by linguistics all my life; specifically, the etymology of names.

For example, when I'm exposed to something new, I immediately think:

Why was this person, place or thing named that?

Why wasn't it named something else?

When and where did the name originate?

Who created (or decided to use) it first and for what reason?

Is it meant to inspire?

Is it meant to serve as a warning or to instill fear?

Because of my lifelong curiosity about linguistics and etymology, I knew I was going to have a lot of fun and looked forward to researching The Cardano Project for a recent article. 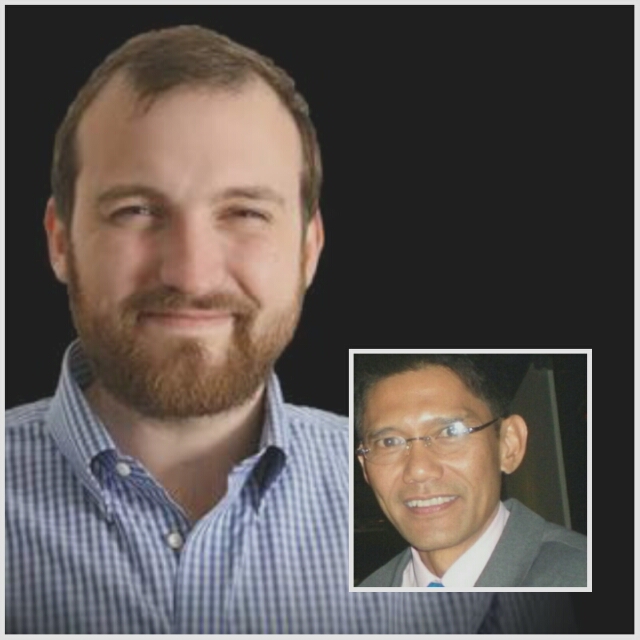 For many years, I've known how intelligent, poetic, ironic, sarcastic, and utterly hilarious Charles Hoskinson can be.

For example, he first gained notoriety in the cryptocurrency space back in late 2012 with his outrageously successful Udemy Bitcoin video series named "Bitcoin or How I Learned to Stop Worrying and Love Crypto".

That video series got its name solely because Charles is an avid Peter Sellers fan and "Dr. Strangelove" is one of his favorite movies.

BTW, Stanley Kubrick's "Dr. Strangelove" is an iconic comedy, replete with an impressive list of actors who would later become film star legends.

But did you know that the movie was originally supposed to be a drama?

Here's a neat article that reveals many other interesting, little known facts about "Dr. Strangelove":

So, in my mind, I knew I was guaranteed to gain some wit and wisdom by researching and writing The Cardano Project article.

And in the process, I discovered Charles' reasons for a few of the strange names within Cardano.

Who Was The Man That The Cardano Project Was Named After? He wrote more than 200 works on science.

Gerolamo Cardano was not only brilliant in a myriad of scientific, philosophical, esoteric and medical disciplines, he was renowned for his gambling and night owl activities.

In short, Cardano was a publicly flamboyant individual and appeared to not give a damn what other people thought while he flaunted his superior intellect and natural abilities in whatever he decided to focus his curiosity on.

He holds the distinction of gambling so successfully that he was run out of many towns, imprisoned for months by the Inquisition - on no official charges, and predicting his own time of death.

But, IMHO, his most memorable feat was being appointed as the physician to the Pope; only to be excommunicated later.

After learning of the many contributions towards advancing mathematics, trailblazing achievements in dozens of different fields of endeavor, progressive attitude, and overall "ballsy" way Gerolamo lived his life, I think it's fitting to name the new cryptocurrency platform after this obscure, but no doubt authentic Renaissance Man.

In fact, The Cardano Project shares the same bold, insightful, all encompassing, and innovative characteristics as Cardano, the enigmatic historical figure. 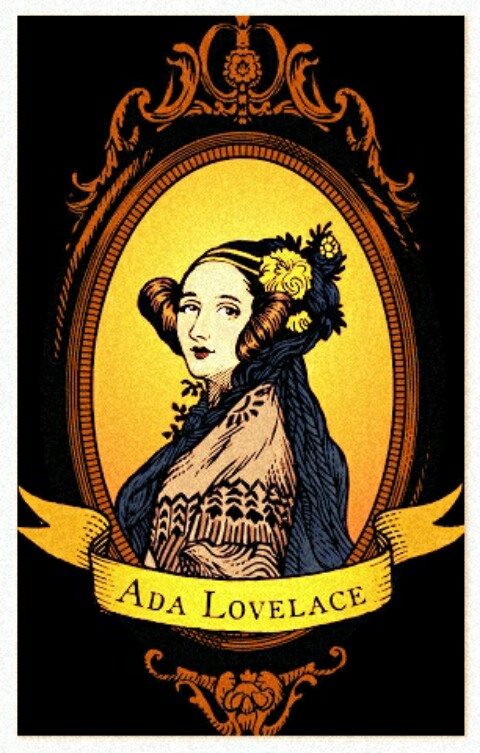 If someone asked me to guess why The Cardano Project's token is named "ADA", I would have said that it's probably connected to the ADA programming language that the U.S. Air Force and other governmental organizations use for their high-assurance networks.

What is the ADA programming language?

Ada is a structured, statically typed, imperative, wide-spectrum, and object-oriented high-level computer programming language, extended from Pascal and other languages.

Ada improves code safety and maintainability by using the compiler to find errors in favor of runtime errors. Ada is an international standard; the current version (known as Ada 2012) is defined by ISO/IEC 8652:2012.

Alas, my SWAG (Scientific Wild Ass Guess) was not correct. But, as you'll see, I think I can claim not being totally wrong.

Charles did not name the token after ADA, the U.S.Government's high level programming language.

He named The Cardano Project's token "ADA" after the 19th century daughter of Lord Byron, a woman named Ada Lovelace.

Why did Charles name the token after this woman?

What does Ada Lovelace have to do with cryptocurrency?

She was the first to recognise that the machine had applications beyond pure calculation, and published the first algorithm intended to be carried out by such a machine.

As a result, she is often regarded as the first to recognise the full potential of a "computing machine" and the first computer programmer.

So you see, Charles named The Cardano Project's token "ADA" because Ada Lovelace was the first computer programmer. He also believed that Ada Lovelace hasn't gotten the historical significance that she deserves.

Additionally, Charles wanted to make it clear to the world that - unlike the majoriy of current cryptocurrency space projects - The Cardano Project harbors no gender bias.

But remember I said my SWAG was not totally wrong, "semi-correct"?

Ada was originally designed by a team led by Jean Ichbiah of CII Honeywell Bull under contract to the United States Department of Defense (DoD) from 1977 to 1983 to supersede over 450 programming languages used by the DoD at that time.

Ada was named after Ada Lovelace (1815–1852), who has been credited with being the first computer programmer. The ouroboros...is an ancient symbol depicting a serpent or dragon eating its own tail.

Originating in Ancient Egyptian iconography, the ouroboros entered western tradition via Greek magical tradition and was adopted as a symbol in Gnosticism and Hermeticism, and most notably in alchemy.

Via medieval alchemical tradition, the symbol entered Renaissance magic and modern symbolism, often taken to symbolize introspection, the eternal return or cyclicality especially in the sense of something constantly re-creating itself.

It also represents the infinite cycle of nature's endless creation and destruction, life and death.

Are you scratching your head yet?

If you're like me when I found out what the Ouroboros was, I thought, "WTF does the Ouroboros have to do with The Cardano Project's Proof of Stake (PoS) consensus algorithm?"

After learning what the Ouroboros PoS is and can do, I finally understood.

What is The Cardano Project's Ouroboros PoS consensus mechanism?

Cardano uses a new proof of stake algorithm called Ouroboros which determines how individual nodes reach consensus about the network.

...Ouroboros is the first proof of stake protocol that has mathematically been shown to be provably secure, and the first to have gone through peer review through its acceptance to Crypto 2017, the leading cryptography conference.

...There have been a number of attempts by other cryptocurrencies to develop a proof of stake algorithm, although these protocols have suffered from flaws and have not been shown to be provably secure.

...Ouroboros is unique in that it was designed in tandem with a formal security model and a mathematical proof that it implements a robust transaction ledger. This marks a fundamental shift in the methodology of blockchain system design.

Ok. Now we know why the Ouroboros is considered the apex of dependabilty and security.

But here's why it was named Ouroboros:

Unlike other consensus mechanisms that are static (where rewards are the same no matter how efficient the validator performs), Ouroboros IS NOT STATIC.

Don't confuse the traditional label of DPoS (Delegated Proof of Stake) to equate to The Cardano Project's DPoS; which stands for DYNAMIC Proof of Stake.

The overall effect incentivises efficiency. In fact, the more participants, the more efficient the network gets. Again, this is opposite of the way current protocols behave.

The following is the simplest way I can explain Ouroboros (in my own words, as I understand it) without totally sounding like a sleep inducing, monotone, stoic professor.

If you wish to dig deeper into the mathematical proofs, attack scenarios (i.e., Common Prefix, Chain Quality, Chain Growth, Forkable Strings, Hamming, Malicious Aggregate Tolerance, etc.) and the technical details of Ouroboros all the way down to ultra-fine granularity, a good place to start is here: (https://iohk.io/blog/)

Another way Ouroboros achieves consensus efficiently without being vulnerable to common attacks that other PoS systems can fall prey to (e.g., Grinding, Nothing at Stake, Circularity, etc.) is through a series of (again, in my words) "born-live+work-die, then new life cycles"; hence the name Ouroboros.

Stated differently, Ouroboros consensus is composed of very small intervals of static stake called "epochs". In these epochs are even smaller slices of time called "slots" where slot leaders issue blocks, all nodes are synchronized, and its history is ready to be passed on (its hash) to the next generation.

Then that epoch's destruction occurs and the process repeats itself anew with the last generation's history (last block's hash proof).

This perpetual cycle of creation, destruction and rebirth of The Cardano Project's consensus algorithm is why it's named "Ouroboros".

Parting Shot - "My Thoughts About The Scalable, Interoperable, and Sustainable Cardano Project" 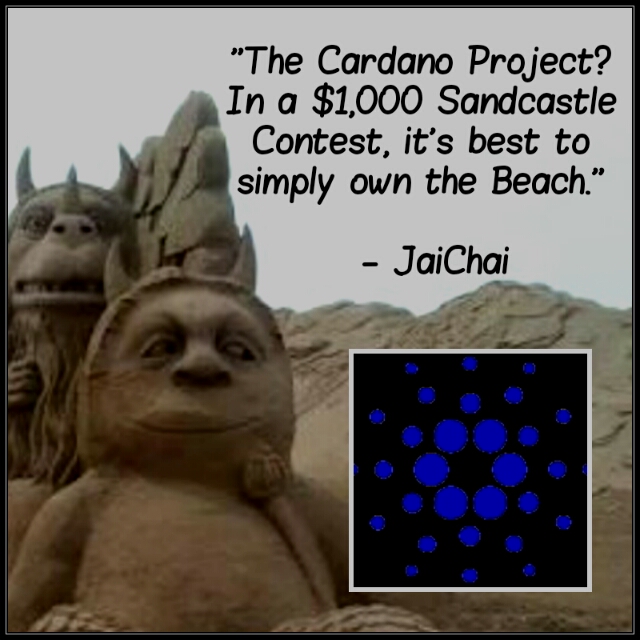