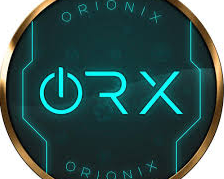 Gaming industry is flourishing, and number of users is rising, with global influence. E-sports and events related to gaming industry are popular and gamers are stars, especially in Asia, similar to sport players. It is estimated that popular games, that have in-game collectables, have enormous turnovers related to buying in collectables, and special features for main characters in the game. All the stuff that could be obtained in the game, but also bought before the game, to reach following levels faster and make the game more interesting. Hence, gamers want protection for their invested funds in the game, since game could be cancelled, and gamers shall lose their funds, but also time invested in collection of several collectables in the game. Blockchain can transform that, since all the stuff that is bought on the blockchain is immutable and stays with a buyer. Of course, for those staff to have value, the game itself shall be popular, and with rise of popularity, obtained staff could become more valuable. Still, if the ownership is recorded on a blockchain, it is immutable, and gamer shall be the owner of the collectable, regardless of the collectables value. Providing real value for virtual assets is currently one of the main themes in the gaming industry, since that will increase turnovers, due to users that will invest in collectables and buying of in-game features, that could be worth more in the future, with increased number of game users.

Orionix is a platform that want to provide this service, to have ORX tokens as a trademark for virtual products, that include collectable items in the game, but also all game exchange values and services. For the moment, Orionix have an idea, that need to be backed-up with a game development company, which will include Orionix idea in the games and products. Project scalability, versatile gaming applications will bring early adopters with a potential for profit and earning with increased number of participants in the project.

Second and third quarter of 2019 are planned for airdrops, bounties and marketing activities, with token sale as main activity, and process of trust wallet integration, distribution of ORX tokens to project participants. In the last quarter is planned expansion in Southeast Asia, which is probably the best and most valuable market for gaming industry, and development of ecosystem, mobile application and launch of web beta platform.

Regarding token sale, for ORX tokens, total supply is 600 million, with 70%, or 420 million tokens, foreseen for token sale, and rest will be made available for marketing purposes, advisors on the project, community sharing and 10% will be held by the team behind the project. Tokens could be bought by ETH and BTC, base rate price is 2941 ORX token for 1 ETH for the sale, with initial price in USD set on 0,1 USD and no maximum number of tokens as investment, while minimum investment is set on 0,1 ETH.

Project team is a good combination of European financial and legal management and Asian programmers and blockchain experts, which promise a good collaboration and development on the project.

I will review ICO and IEO project in this blog