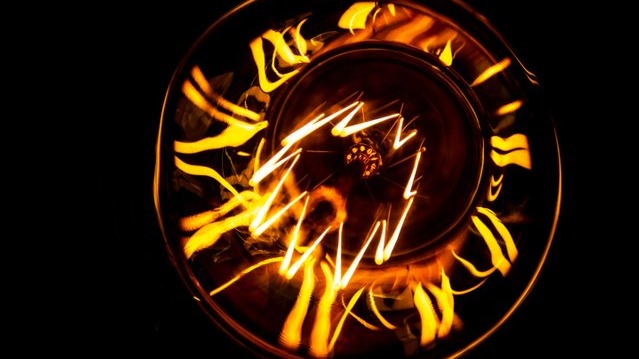 It's been four years since that epic bull market of Bitcoin, when BTC appreciated rose from around $1,000 at the beginning of that year to close to $20,000 in roughly one year. December 2017 will be remembered as "that epic month for Bitcoin".

I don't consider that we are in a bear market yet, but looking back at how Bitcoin has climbed the latter of the USD dollar valuation, we can't say we had anything epic for it for the past two years or so. $69,000 which is the local top we've had so far is 23X the bear market bottom, thus makes that a good rise.

But... I simply can't compare 2017 with 2021 and probably I shouldn't. I do have flashbacks from that time and it would be a pity to let them fade away without immortalizing them on the blockchain.

I remember my experience with NXT... That shitcoin that went from around $0.05 to $2 in less than a month... These were some highly volatile insane times back then and it wasn't just NXT that had such a sky rocketing uptrend. Almost all of the alts have replicated what Bitcoin did.

That didn't happened in 2021, though. We've had all sort of shitcoins and some other decent altcoins projects that had their rip-offs, but not all across the board. It's probably not the time yet, but on the other hand the external factors, the players in the market and the products are totally different as well.

We have NFTs that have amassed a lot of capital onto them, capital that's not even measured by coinmarketcap, these have had insane exponential growth and #playtoearn tokens have benefited from a lot of attention and capital invested as well. I see 2021 as the year of false expectations, but the year which actually marks the start of a long maturation process for crypto as a whole.

There have been so many price predictions for BTC, putting it from $100,000 to as high as $350,000 by the eoy and none is going to be fulfilled. These are doomed to fail because they're based on outdate patterns and cycles.

I was reading today that despite the China mining ban, there are still quite a few Chinese who are "mining Bitcoin underground". BTC is @ $46,000, some are feeling low about that because it hasn't nailed their predictions, but it's actually over 2X the 2017 peak, and the demand is stronger than ever.

@toofasteddie is studying the behavior of the top 100 whales holding BTC and these are relentlessly accumulating. Reddit, Visa, JPMorgan, Nike, and a lot more are hiring for crypto, Adidas is launching its NFTs and announces "the merge with the metaverse" while Snoop Dogg will hold a private NFT based concert in the metaverse soon.

2021 kicks ass, I tell you that. We might not have had the same "insane rallies" as in 2017, but I call this year as the one when crypto has written in bold letters that it's here to stay. It's pointless to re-enumerate all other important events from crypto that made it clear it's not going anyway.

As a conclusion, I'm fine with BTC's "poor performance" this year and for the rest of the altcoins disappointing as well because I have the vision where this revolution is heading. HIVE is $1.4 tm and although some are seeing that as "low performance", I'm highly excited about it because I know how it felt to be blogging for $0.13 per HIVE just one year ago.