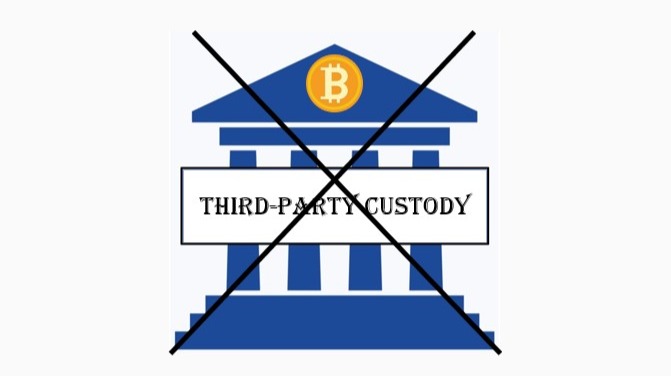 Why Bother With Self-Custody?

Read now to learn why self-custody is worth all the risk and, likely, the least risky option of all when it comes to custody of your Bitcoin.

In our last conversation, we spoke about how the rise of Bitcoin as money is happening at the same time as the demise of fiat currencies. Fiat currencies take users’ wealth, privacy, and sovereignty and give them to governments who lord over their citizens with an iron fist. Bitcoin, on the other hand, allows users to control their money now and maintain its value into the distant future, if not even longer. Or at least it does if holders choose to protect their Bitcoin themselves rather than trusting a third party like an exchange, bank, or other custodian.

Self-custody can seem rather daunting to a lot of people though. I get it. We’ve probably all heard the stories about people absentmindedly throwing away the private key protecting their Bitcoin stash or passing away without having told anyone how to access it. The thought of that happening to us can be terrifying.

It’s human nature to want things to be as easy as possible, and that’s by and large why the banking and finance industries have been so profitable over the course of decades. They offer to hold on to and protect our money so that we don’t have to. And that arrangement is all well and good…until it isn’t. History is unfortunately full of examples of third parties who failed to live up to their end of the bargain when it comes to protecting your assets as their own. Let’s take a look at a few of them to get a sense of why third-party custody of your Bitcoin is not worth the risk:

Hackers and Other Attackers

Hacks, social engineering, and insider theft seem to happen more and more as our world increasingly relies on digital networks and other technologies. There’s no reason to believe that won’t continue and even accelerate as we move onto digital-first assets like Bitcoin.

In fact, it’s already happened several times in the space. Perhaps the most notable Bitcoin hack in history was the attack on the Bitcoin exchange Mt. Gox, in which around 850,000 Bitcoin were stolen over the course of a few years. Imagine trusting your Bitcoin to a company that didn’t even know it was being slowly robbed for that long.

While a user self-custodying their Bitcoin could certainly fall victim to a hack or other attack, the chances of the average user getting hacked rather than a custodian are much lower for the simple fact that most sophisticated attackers will go where the money is. In other words, they’re much more incentivized to attack an exchange holding hundreds or thousands of Bitcoin than a single user who likely has a few million satoshis or less.

If it seems like I’ve been talking about financial censorship a lot recently, that’s because it’s becoming a huge problem around the world. There’s simply no way around it: your ability to access your money and other financial assets will always be at risk of being restricted as long as someone else is custodying it instead of you. Any rational company or individual in charge of protecting your money is going to prioritize their own wellbeing over the safety of your wealth if the government comes knocking and tells them to freeze your assets.

Don’t believe me? The events surrounding Bitcoin donations made a few weeks ago to participants in the “Freedom Convoy” protests in Canada provide a fitting example: The Canadian government moved quickly against the third parties in charge of distributing the donations and were able to seize a portion. But the government is having a much harder time seizing Bitcoin from the dozens of truckers who received donations in the days before the government made its move. Why? Because people will always work harder to protect their own interests than they will for someone else’s.

If only asset seizures when the government thinks you did something wrong were the sole confiscation risk we had to worry about, right? Sadly, that’s not the case. Governments could, at any point, decide to make Bitcoin ownership illegal. Such a scenario is not without precedent. In fact, U.S. citizens have a number of similar restrictions with which to draw parallels:

If the government makes Bitcoin ownership illegal, the entire industry of Bitcoin companies and custodians will fall into line without hesitation. They’ll give up your Bitcoin in a heartbeat when their lives and livelihoods are on the line. Seizing self-custodied Bitcoin would likely be a different story however; the idea of government representatives going door-to-door seizing Bitcoin or throwing large numbers of citizens in prison would quickly have the country’s population up in arms.

Does self-custody have risks? Certainly. But is it worth it in light of the immense counterparty risk with third parties holding your Bitcoin? Overwhelmingly so, in my opinion.

I enjoyed the opportunity to speak on the Muhammad Bana Podcast recently about Bitcoin and financial self-sovereignty. Check out the exclusive below: 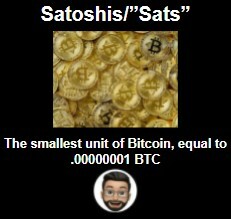