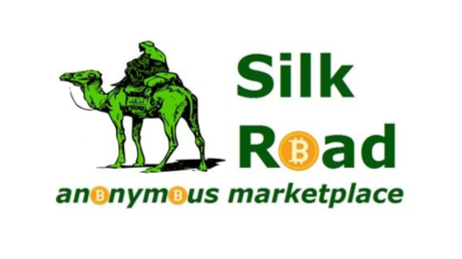 Bitcoin and the Story of Antifragility #2: Silk Road

It was amazing to him to think how far he and his underground marketplace had come in just a few years. Originally started in order to allow people to buy anything completely anonymously, in two years the site had grown from a handful of users to over 100,000. It was more than he could have ever hoped for and the success was empowering. It was the perfect way to express his libertarian ideals. After all, he thought, what government should have the right to dictate what people can do with their lives? Surely none.

Running the site had also been extremely lucrative. Even though he and his admins only charged a small commission on each sale, so much volume had gone through the site that they had already made millions. But it required almost all of his attention and the constant effort had begun to wear on him. He worried that he was getting sloppy with his efforts to stay ahead of the authorities who wanted to shut him down. Only time would tell if he would succeed in keeping the site and his involvement hidden, but he was in too deep to give up now.

The above account is a dramatization that is loosely based on reported events in the life of Ross William Ulbricht, convicted operator of the darknet marketplace known as “Silk Road”. As such, it should not be taken as completely factual.

The Silk Road Made Anew

Silk Road was a darknet marketplace masterminded by Ross Ulbricht, who believed that people around the world should be able to freely buy and sell anything they wanted, whether or not the goods were in fact legal. While Silk Road did allow the sale of legal items, such as cigarettes, jewelry, and art, the bulk of transactions carried out on the site were for illegal goods and services. For example, it has been estimated that around 70% of the 10,000+ products listed for sale were drugs and drug paraphernalia.

Silk Road remained online and accessible for several years, even while authorities in the U.S. and elsewhere tried to shut it down, because of the technology it used in its operations. Silk Road was located on the dark web and ran on top of the Tor network, which meant that user traffic was sent through thousands of relays in order to conceal users’ locations and usage. On top of that, Silk Road transactions were carried out exclusively using Bitcoin, which as we know is relatively anonymous as long as its users don’t do anything that could be used to link their real-world identities to their wallet addresses on the Bitcoin blockchain.

However, try as they might, the admins and users of the site were not able to keep it away from the authorities indefinitely. The long arm of the law eventually reached Silk Road and it was taken offline in October 2013. The site’s creator, Ross Ulbricht, was similarly unable to escape detection. He was captured in a sting operation and was charged with money laundering and trafficking in narcotics, among other things. For his crimes, he was sentenced to life in prison with no possibility of parole.

Bitcoin’s First Real Test as a Medium of Exchange

Although Bitcoin’s association with a site famous for the drug trade and murders-for-hire was certainly less than ideal, Silk Road did offer an opportunity for the nascent cryptocurrency to prove its mettle as a medium of exchange. I’d argue that, in spite of it all, Bitcoin passed the test with flying colors, proving that it can indeed be used as a transactional currency (although hopefully most transactions now and in the future will remain on the legal side of things). In fact, Bitcoin has a variety of features that make it a perfect choice for transactions of all types:

Blockchain operates in a completely different manner than most of the networks that we interact with daily. Your bank, your employer, and even the companies that host your social media profiles require copious amounts of your private information in order for you to use their services. By comparison, blockchain has essentially no barriers and requires no identifying information in order to join the network. As a result, users are often referred to as operating “pseudonymously” on a blockchain, meaning that their real identity is not tied by default to their identity on the blockchain.

That said, most blockchains are not completely anonymous and there are a host of entities out there, such as the blockchain forensics company, CipherTrace, who make their mark on the space by identifying the users behind blockchain addresses. On top of that, governments around the world have already introduced regulations that would require cryptocurrency exchanges, cryptobanks, and other participants to implement “Know Your Customer” (KYC) rules that would pull back the cover of pseudonymity that users typically enjoy.

Anyone in the world is free to use the Bitcoin blockchain at any time. There are no gatekeepers. Users don’t have to request permission from governments, financial institutions, and the like in order to access the blockchain and no one can kick you off if you do something that they don’t like.

In this regard, the choice to use Bitcoin for transactions on Silk Road ensured that users of the site would always have the ability to transfer their money. A similar site, known as “The Farmer’s Market”, used payment services like PayPal and Western Union to facilitate transactions. In addition to eliminating any semblance of anonymity (a key benefit of blockchain as we discussed above), the operators of those centralized services can easily step in at any time and block transactions, good or bad.

Facilitating payments is big business and the costs to end users are substantial. Think about all the fees that your bank charges you for the privilege of using your money after you deposit it. Or the 3+% fees that credit card companies and payment processors charge in order to make spending your money easier. Those costs add up significantly and have quite an impact on the amount of money you get to keep for yourself.

Bitcoin completely removes the need for any transaction intermediary. Value is stored on the blockchain and is protected by a decentralized network of computers that charge relatively low fees in order to process transactions. As a result, users are able to keep much more of their money than they would by sending it over the legacy financial networks that we discussed above. And while it is true that transaction costs can sometimes spike during busy times on the blockchain, a variety of layer-2 solutions, like the Lightning Network, are already in development to make transactions even cheaper.

Bitcoin has experienced quite a bit of FUD (Fear, Uncertainty, and Doubt) throughout its lifetime, and the immediate aftermath of Silk Road’s downfall certainly gives us a stark example. Many users of the cryptocurrency believed at the time that a significant amount of Bitcoin’s daily volume came from Silk Road and assumed that the cryptocurrency would see far less buyer demand after the site was shut down. As a result, Bitcoin’s price plummeted over the course of a few hours shortly after the news about Silk Road broke. However, as seen below, the price quickly recovered to prior levels over the next several days:

In the grand scheme of things, Bitcoin’s disassociation from usage on the Silk Road site has largely been for the best. A sizable number of participants then and now have been put off by the idea that the cryptocurrency was used to facilitate illicit trade. And the cryptocurrency is much less likely to receive the ire of government authorities and regulators when it isn’t used to clear the way for the crimes against which they’re fighting. But regardless of what the cryptocurrency has been used for, it has thus far stood the test of time and continued to thrive.

User-Friendly Crypto: Coinbase, one of the world’s largest cryptocurrency exchanges, has indicated that it will soon allow users to direct deposit a portion of their paychecks into their crypto accounts. Read more

Crypto Expansion: Yellow Card, a cryptocurrency exchange in Africa, is paving the way for users to use and save with crypto without needing to understand the inner workings of blockchain. Read more

Whether or not you believe in Bitcoin’s ethos or technology, have you reviewed if it would be good for your portfolio?

In case you were wondering 👇🏻