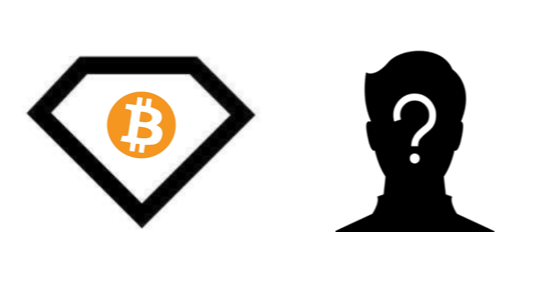 Bitcoin and the Story of Antifragility #1: Satoshi No More

For the Last Time

Bitcoin had come a long way already since they first shared it on an obscure cypherpunk mailing list a few years before. They had had high hopes at the time that the community would be receptive to the technology that they believed would galvanize the world into taking power back from oppressive governments and institutions in every country. But they hadn’t imagined that the uptake would be so immediate. In only a few years, Bitcoin had gone from an unknown technology championed by a few proselytes to a tool used by tens of thousands and protecting millions of U.S. dollars worth of value.

In fact, Bitcoin had grown so quickly that they knew it was time for them to take a step back. The network could only grow so far while under their influence, or anyone’s influence for that matter. In order for Bitcoin to reach its full potential, Satoshi Nakamoto, the moniker by which they were known to the world, would need to be retired. They felt comfortable knowing that developers around the world were already picking up the slack left behind when they had quit the forums several months before. And they knew that the members of the community were in good hands …. Their own hands. They signed off and never looked back.

🗞Substack. Where I share two weekly emails on the topics of cryptocurrency and blockchain and where you can have full access to community comments & unlimited access to newsletter archives.

Satoshi Nakamoto: Legend in the Making

Satoshi Nakamoto is the pseudonym used by the person or persons who created Bitcoin by publishing the cryptocurrency’s whitepaper on a cryptography forum in late 2008 and, shortly thereafter, sharing the initial version of the software code that would soon launch Bitcoin and its blockchain into existence.

While a significant amount of time has been spent trying to ascertain Satoshi’s true identity, the world is perhaps no closer to discovering it than when Satoshi was actively in communication with the Bitcoin community over a decade ago. Many individuals have come forward to identify themselves as Satoshi, likely in an attempt to acquire the treasure trove of Bitcoin that Satoshi is rumored to hodl (over 1 million is the most common guess) or in order to boost their own reputation by connecting it to that of the reclusive genius or geniuses who released what has become the most revolutionary technology of the 21st century.

Although Satoshi almost always self-identified as a single person in messages and emails over the years, many experts within the space believe that Satoshi Nakamoto was likely given voice and life by a group of people rather than any one individual. These experts cite the sophistication of Bitcoin’s software code as evidence that it was created and reviewed by a team of individuals. Regardless of Satoshi’s true identity, it goes without saying that the mark left on the world by that individual or group has changed the world in many ways for the better.

Satoshi’s role in the early days of Bitcoin was to provide support to the fledgling cryptocurrency and the blockchain upon which it ran. Satoshi registered the project’s namesake domain (i.e., bitcoin.org), published the bitcoin whitepaper, mined the genesis block, participated in the first transaction on the network, and much more. Perhaps the most common roles Satoshi was called to fill were that of troubleshooter and subject matter expert. For the entirety of Satoshi’s time participating in the network, veterans and newbies alike could reach out to the founder to ask for help deciphering and running the blockchain’s code or to receive explanations on why Bitcoin would revolutionize the world. Satoshi’s profile on just the bitcointalk.org forum shows how frequently the creator took time to build on the project’s growth and success:

However, Satoshi’s participation in the network’s progress and development gradually began to slow as it grew and as additional competent developers, like Hal Finney and Gavin Andresen, joined and started to take more of an active role within the community and within development of the Bitcoin code itself. When Satoshi felt that Bitcoin was in good hands, s/he/they disappeared into the ether just as quickly as they had come.

It’s common knowledge that investments in new companies and ideas are often just as much investments in the creator or creators as they are investments in the companies or ideas themselves. After all, who can imagine Facebook or Amazon coming as far as they have if not for the constant shepherding of those companies over many years by their creators, Mark Zuckerberg and Jeff Bezos. And surely many people will remember the fears associated with Apple’s future around the time that it’s charismatic founder, Steve Jobs, died in late 2011. Each of those companies has stood the test of time thus far. But it’s safe to say that each would be different (or in the case of Apple, is different) if their founders had called it quits and abandoned them.

That has not been the case with Bitcoin. Bitcoin’s software code remains largely unchanged since Satoshi originally released the first version over twelve years ago. And Bitcoin continues to meet the expectations that Satoshi so frequently communicated through messages to early proponents and developers. Bitcoin has grown to become arguably one of the largest monetary networks in the world. Millions of people in dozens of countries use Bitcoin daily to send and save money, all without the interference of any middleman, company, or government. And hordes of Bitcoin proselytes share the good news of Bitcoin with everyone who will listen in order to bring the revolution to new people.

In reality, Satoshi’s departure from Bitcoin was probably the best thing for it. As we’ve experienced with Elon Musk over the course of 2021, idols within the Bitcoin space are lauded when they support the network and demonized when they turn against it. Overall, the main contribution from such participants is that they distract from the fundamentals and progress of the network itself without providing much else.

Had Satoshi remained an active participant in Bitcoin’s journey, it’s likely that many adherents to the space would have come to revere the pseudonymous creator rather than focusing on Bitcoin itself. Satoshi’s every word would be dissected for its positive or negative sentiment and markets would react accordingly. With Satoshi in the picture, Bitcoin would have forever been stuck in the shadow of its creator, unable to establish itself as a decentralized network open to all and indebted to none.

Satoshi’s identity may someday be discovered. After all, it’s one of the most intriguing secrets to date given Bitcoin’s widespread impact on people and the world. However, it is this writer’s opinion that the world is better off leaving Satoshi’s identity as an unknown, just as s/he/they intended.

Bitcoin is not defined by its creator. Bitcoin stands on its own and becomes stronger with each passing day and with each shock, such as the departure of its creator, that it withstands. Bitcoin is antifragile.

If you found the above article to be helpful, please consider supporting me by providing a small tip below at no cost to you.

Disclaimer: I personally use the following companies’ services. I may receive some compensation if you sign up using the links below and that compensation helps support me in my efforts to educate people about cryptocurrency and blockchain: