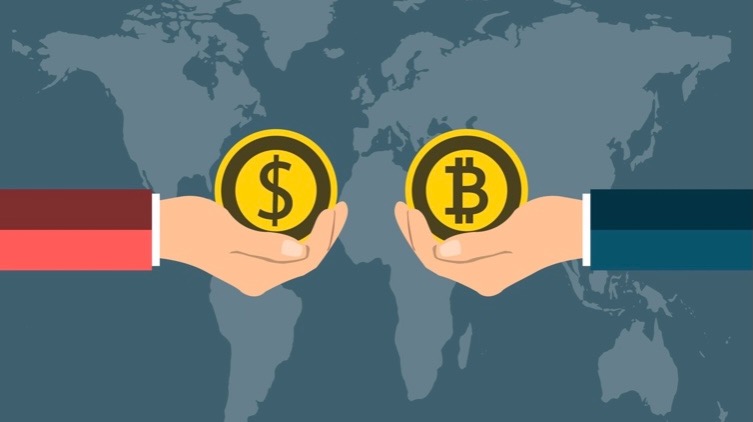 In his bestselling book on the bullish case for Bitcoin, “Bitcoin: Hard Money You Can’t F*ck With”, author Jason Williams makes a candid argument for why Bitcoin will become the world’s preferred reserve currency and asks the following:

It’s likely that Williams and many of his readers believed that the open adoption of Bitcoin as a reserve currency by any country was likely still a few years away. After all, it has been less than a year since Microstrategy came out as the first corporation to adopt Bitcoin as its primary treasury reserve asset. And while that practice has been followed by several other corporations around the world, widespread corporate adoption of Bitcoin remains several months, or even several years, away as regulators worldwide continue to warm up to Bitcoin and its immense value proposition.

It likely came as a surprise then to many when El Salvador’s President, Nayib Bukele, announced by special message during the Bitcoin 2021 conference held in Miami Florida, that his nation’s congress would shortly vote on a bill to make Bitcoin legal tender within the country, equal in supremacy with the U.S. Dollar alone (i.e., the only other legal tender within El Salvador). Within days El Salvador’s congress had voted on and passed the Bitcoin bill, forever changing for the better the trajectory of El Salvador and its people and further proving the bull case for Bitcoin as a reserve currency and as a store of value.

A reserve currency is a “large quantity of currency maintained by central banks and other major financial institutions to prepare for investments, transactions, and international debt obligations.” In other words, a reserve currency is held by central banks and financial institutions in order to facilitate all domestic and international transactions performed by the nation’s residents.

Without prejudice to the actions of the private sector, the State shall provide alternatives that allow the user to carry out transactions in bitcoin and have automatic and instant convertibility from bitcoin to USD if they wish.

In essence, El Salvador’s government intends to hold sufficient reserves of both bitcoin and the U.S. Dollar to enable instantaneous and frictionless conversions between the two currencies for any market participant who makes such a request.

In order to allow government bodies, corporations, and people within El Salvador to prepare for the new law to take effect, a grace period of 90 days was allowed from the time that the law was passed and published. Given the Central Reserve Bank of El Salvador’s crucial role in facilitating Bitcoin’s status as legal tender and reserve currency, it seems likely that Bitcoin will soon be added to the nation’s currency reserves if it has not already.

What Effect will El Salvador’s Decision have on other Countries?

Game theory kicks in again. The fear of being left behind or losing global dominance. This is no longer just about investors or companies getting rich. It’s about nation-states accumulating power and wealth through bitcoin. No single country can control bitcoin, but they can grow powerful by owning a larger percentage of the supply.

Jason Williams once again shares a prescient understanding of the initial effects of adoption by nation-states of Bitcoin as a reserve currency. Within days of El Salvador’s Bitcoin announcement, politicians in Central and South American countries like Mexico, Brazil, and Panama have announced their support for Bitcoin and their desire to follow in El Salvador’s footsteps.

And it won’t stop there. As El Salvador begins to see the powerful results of adopting a digital-first, anti-inflationary currency like Bitcoin, countries around the world will scramble to add as much Bitcoin to their reserves as they can in a gold rush-like fever.

Why is Bitcoin such a Powerful Reserve Currency?

There are a variety of features that make Bitcoin such a robust currency for all countries, corporations, and people. I’ll touch on a pair of the most important below.

Fiat, or government-issued, currencies all suffer from the same problem: they are controlled by whatever party or politician happens to be in power at any given time. The centralized government has all power to decide the supply and value of its currency at all times, as well as who is able to use the currency and who will have their assets frozen (i.e., made inaccessible) if they choose to disagree with or go against the government.

Bitcoin, on the other hand, is open to anyone and is not governed by any centralized entity. Bitcoin is governed entirely by its users, who are spread around the world and who share a wide range of competing ideals and priorities. Bitcoin’s users want to see it succeed and understand that it must be free of government or corporate oversight in order to realize its full potential.

Since Bitcoin cannot be controlled by any centralized group, a nation that adopts Bitcoin as its reserve currency is resistant to overreach by powerful countries like the U.S. and China or powerful organizations like the IMF (International Monetary Fund) that would attempt to subjugate a Bitcoin-centric nation through sanctions, tariffs, and the like. Bitcoin levels the playing field for all nations and all nations must follow the rules established by the Bitcoin network.

Resistant to Inflation and Money Printing

One of the greatest powers maintained by governments who produce and manage the world’s fiat currencies is the ability to appropriate wealth through money printing from those who hold the currency. When governments print money through policies like quantitative easing and purchases of corporate debt by Central Banks, that money is not shared equally with everyone who holds that government’s currency or assets denominated in the currency. Let’s take two recent examples:

The innate beauty of Bitcoin can be observed within its monetary policy. Only 21 million Bitcoin can or will ever exist in the world. No government can introduce extra Bitcoin into the system to finance its spending and no company can mine extra Bitcoin in order to improve its fortunes. Bitcoin’s monetary policy can only be changed through consensus of its user base. And why would Bitcoin’s users ever choose to devalue their own wealth? They wouldn’t and so Bitcoin’s monetary policy remains completely unchanged after more than a decade since the Bitcoin network first started.

Bitcoin Gives Sovereignty Back to its Users

Sovereignty is defined as “supreme power or authority.” Throughout almost all of recorded history, the sovereignty of nations and of people has been controlled by the person or group who had the largest army or who had the greatest control over the money supply.

Armies cannot be easily funded with Bitcoin because Bitcoin cannot be printed. And control of Bitcoin’s money supply rests solely with those who use and support the network. Bitcoin is perhaps the greatest expression of self-sovereignty that the world has ever known. People, corporations, and nations around the world will continue to use Bitcoin to wrest control of their lives back from those who seek to take it. It is up to each of us to determine how and where Bitcoin can have an impact in our lives.