Is the Plus Token whale playing whack a mole with the Bitcoin price?
One Day Left! Guess #AMPL Rebase Twitter Competition - $200 in $AMPL Rewards! >> Details HERE! << 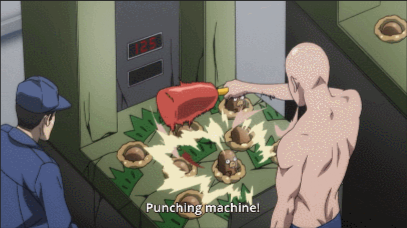 Is the Plus Token whale playing whack a mole with the Bitcoin price?

We love you cryptopunks! The US Feds denied a Bitcoin ETF again recently, basically stating that the Bitcoin market is too vulnerable to market manipulations.  ( but a bitcoin ETF did start in Canada this week, hello USA!?!)

What does that mean really?  The current big question is the antics of the Plus Token whale, the loot from the largest ponzi  scam ever. Three(3) big ones, that's Billions in luscious Bitcoin, Eth and EOS.

As background, here's my take on the simplest games Bitcoin whales play. https://www.publish0x.com/hi-i-am-dave-and-i-just-got-hooked-on-crypto/what-do-the-whales-do-with-bitcoin-xnmjdd and here is the classic pump n dump as shown in altcoin spinoffs of Bitcoin https://www.publish0x.com/hi-i-am-dave-and-i-just-got-hooked-on-crypto/shitcoin-adjusted-total-rate-of-return-for-bitcoin-for-2017-xdpoqz

But PlusToken! The biggest runaway exit EVAH!!  WHAT is this whale DOING!?!? The Plus Token scam did not really impact the western world at first.  This stupendous,  classic ponzi pyramid scheme (four tiers of referrals)  was superhuge in South Korea,  not helping it make the english headlines either.   When plus token split the scene China busted some of the ring ( five guys and a girl Yuan Yuan) who had fled to the super exclusive island of  Vanatu.

Who ever even heard of Vanatu?  sounds and looks pretty sweet like a made up Hollywood island.  But, they should have done their own research -  Vanatu extradited the six in a minute. 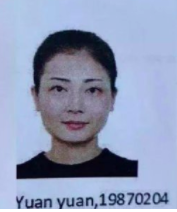 The eponymous Yuan.  When you steal three billion in luscious Bitcoin, Eth and EOS, who you gonna run with?  Yes, baby.  Pack yer flip-flops,

Then China seemed to say "well, all crypto is illegal" and shut up, leaving South Korea to cry.  Case closed, nothing to see here folks.  Except maybe they had not caught everyone?  Leaving many known plus token wallets active, and a mad scramble by cryptocurrency analysts watching the huge windfall hit the coin mixers and the market.  Plus Token ran from June 2018 to June 2019, then left the "sorry we have fled" message with, some say, 3.5 billion of hot coins.  Yeee Haw.  One percent of the entire Bitcoin market.

Somehow China did not catch all the perps.  And somehow the surviving wallets started mixing, conjoining and dumping to Huboi.

Many of the coins were apparently very badly mixed.  There is a powerhouse technical review of that below by Medium.

TLDR ?  the plus token scammers washed a ton of the coins very badly indeed ( people who are smart in building ponzi scams not so smart in coinjoins ? ) and then sent them on to Huboi, the shady looking Chinese exchange.  Who claims not to notice the billions slopping around towards them.

So what? we say. That was last September, 2019.  Okay, fast forward to today, April 11, 2020.  Here is CoinTelegraph saying that Bitcoin crashed through 7K headed down after someone (who, oh who could it be?) dumped 1,000 lovely Bitcoin on the market 12 hours ago.

The story of plus token whacking the market down on the regular has been kicking around for almost an entire year.  Huboi says nothing.  Some sources say Plus Token is not driving the market, most disagree. Maybe the PlusToken guys bought freedom and are working with the CPP.  Maybe they are free elsewhere, but the CCP does not seem to be on the manhunt.

I say we should be glad we have such considerate three billion dollar thieves.  They could really crash the market, instead they are just working the order!  Selling on the upticks!  Really badly, but hey they are trying, it's the spirit that counts.  Maybe it is the CCP.

In related news, CoinTelegraph says bitcoin Whales (those HODLING 1,000 bitcoin or more) are now reaching a two year high, oddly replicating the behavior leading up to the previous Halvening. That surely means even more fun whalely whale games on the way!   Here's one,  a whale named Joe007 supposedly bought around 7MM of bitcoin just to win a 10,000 bet with "Samu." Samu welshed on the bet, claiming Joe007 cheated by piling in: 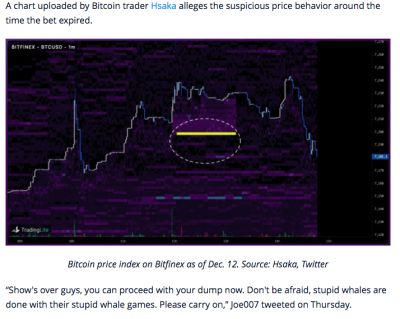 mmmmmmmmmmmmOOOOOKaaaay then, maybe the Fed is right.  Stupid whale games. Right from the horse's mouth!  Thank you Joe007, self awareness is the first step. 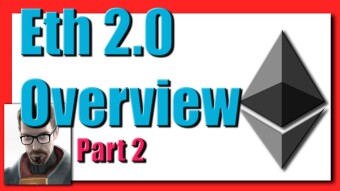 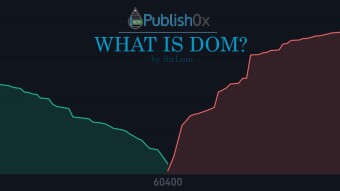 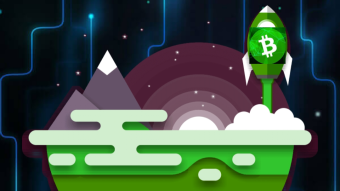