SCIENTISTS: SPICY FOODS CAN BE DANGEROUS TO THE BRAIN 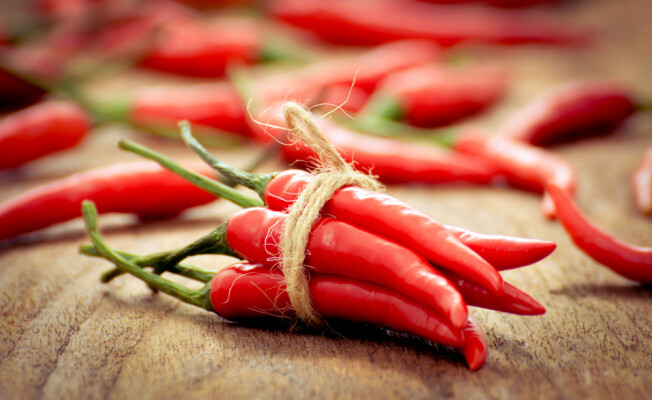 Researchers from universities in Qatar, Pennsylvania, Adelaide and South Australia have studied the
effects of chili peppers on the cognitive functions of older people. To this end, they collected data
from 5000 Chinese residents between 1991 and 2006. The average age of the participants at the time of
the study was 63 years. For 15 years, every two to three years, they were required to undergo intellectual
tests and keep diaries of their diet.

As a result, it was found that cognitive abilities were lost more
quickly by those participants who preferred spicy foods.

"Our previous research has shown the beneficial
effects of chili peppers on blood pressure and body weight. However, we have now discovered the undesirable
effects of eating this product on human cognitive function," says Dr Zumin, research director.

And 50 grams
of dried or fresh chili pepper per day have been recognized as a threshold level. People who ate an equal
or greater amount of this product every day were at greater risk of memory and intellectual impairment.

Scientists have noted that pepper was a greater risk for people with low body mass indexes who lead an
active lifestyle. Sex also had no effect on research results. The reason for such an unexpected negative
effect of chili peppers on cognitive abilities is not yet mentioned.

The full results of the research can be found in the article published in the journal Nutrients.