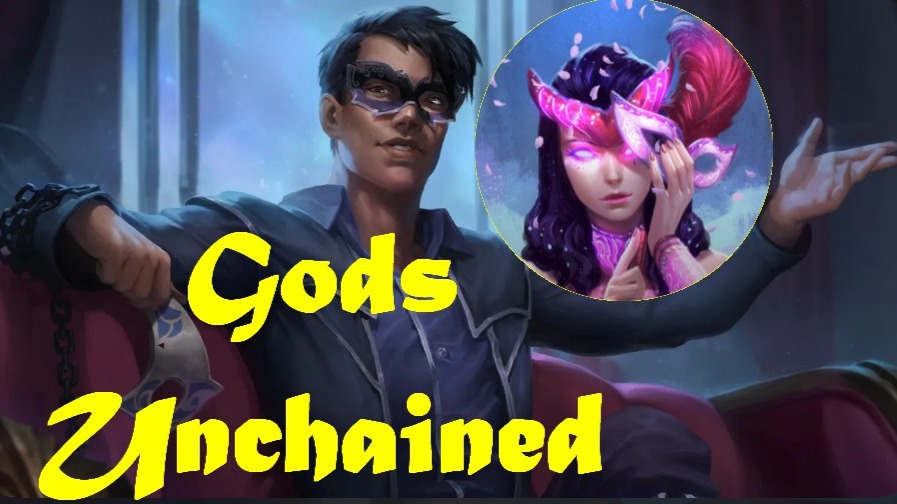 In this video I show the gameplay of a battle between two Ludia goddesses of deception in the blockchain game Gods Unchained.

The game is played at Twilight Shadow rank, my opponent has chosen the power "Thievery" which for a cost of 2 mana allows him to draw a random card from the opponent's domain of 1 mana value, I don't find it worth it.
I chose the power "Olpheo's Distraction" as usual.

I highlight the "Rapture Dance" spell card which allowed me to clear the opponent's board and the "Jinxblade Duelist" creature card which is one of my favorites and which I used late in the game.