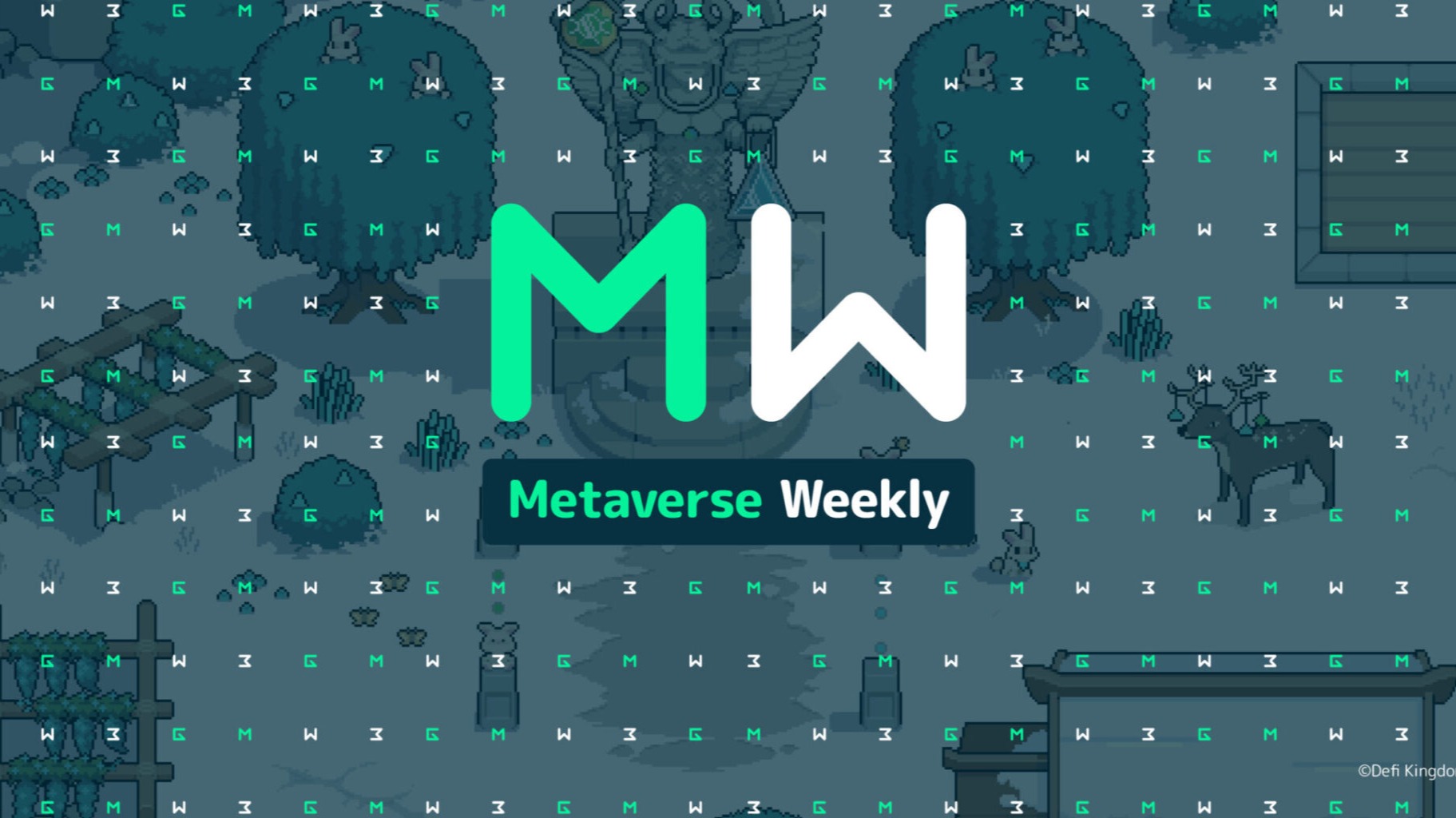 Over the past week, numerous announcements, partnerships, and developments have been announced that have the potential to impact the metaverse space.

The market cap of the metaverse cryptocurrency sector ends the week hovering around ~$29 billion USD. Most of the sector was down in price over the past week, though recently released ApeCoin (APE) ended the week up on a 15% gain.

Price action of APE over past seven days

Among top mentions in the metaverse market this week include these key players:

The popular gamified DEX DeFi Kingdoms (DFK) recently made a major expansionary move to the Avalanche network. On Avalanche, DFK is utilizing the Synapse bridge to create a brand new realm called Crystalvale. This new realm will come along with a new power token in CRYSTAL.

This expansion to Avalanche has opened up DFK to an additional partnership with Chikn, the young NFT project featuring chickens (and soon roosters) as yield-generating NFT mints.

Those three tokens are:

These three tokens provide functionality and a self-sustaining economic system. Now, with an added utility to Chikn NFTs with the coming integration to DFK, both projects can cross-pollinate their user bases to facilitate new growth in the metaverse sector. 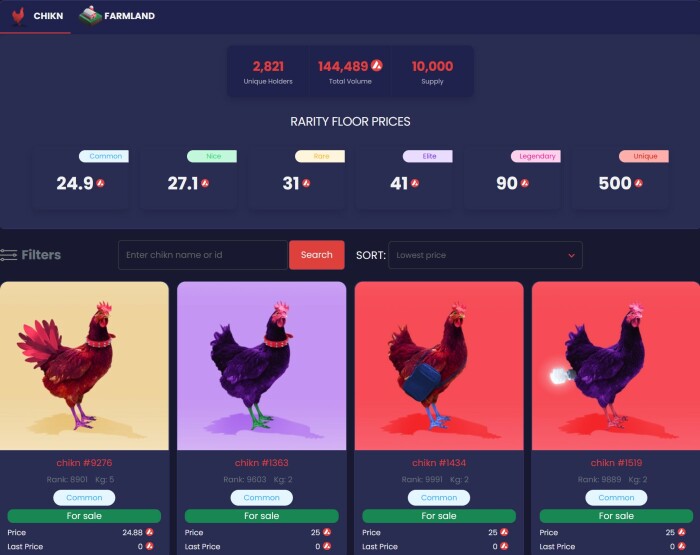 The parent company of Facebook, Meta, recently announced an eye-opening 47.5% cut on NFT sales stemming from its virtual reality platform called Horizon Worlds. This cut makes Meta the most expensive in the entire industry and it isn’t even close.

The fee can be broken down into two different parts. The first part is an immediate 30% hardware platform fee which covers Meta Quest store sales while the remaining 17.5% fee comes from the Horizon Worlds platform.

A comparison between fees across NFT marketplaces is provided below by Twitter user @dustdust213: 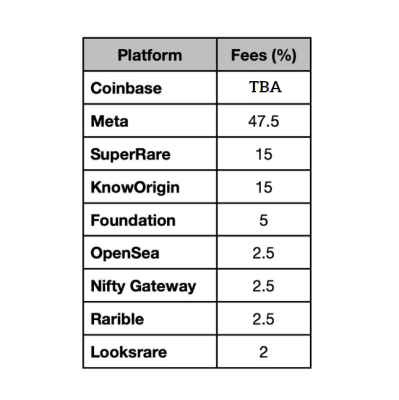 The massive platforms of Looksrare, Rarible, and OpenSea have substantially lower fees of only 2-2.5%, laughable in comparison to the massive cost pressure Meta is putting onto its own creators.

Assets that can be expected to receive consideration for the fund include the following stocks & cryptocurrencies:

This opportunity provides a brand new on-ramp for metaverse projects to receive liquidity and investment assistance. With new buyers stemming from the Fidelity channel, growth can be more readily achieved moving forward.

This announcement also further solidifies the broader interest in metaverse applications from the external investors.

The most interesting development over the past week was the major Coinbase announcement of a coming Bored Ape Yacht Club (BAYC) trilogy. BAYC is one of the most prominent NFT collections in the world today, with a floor market cap of over 1 million ETH (~$3 billion USD). 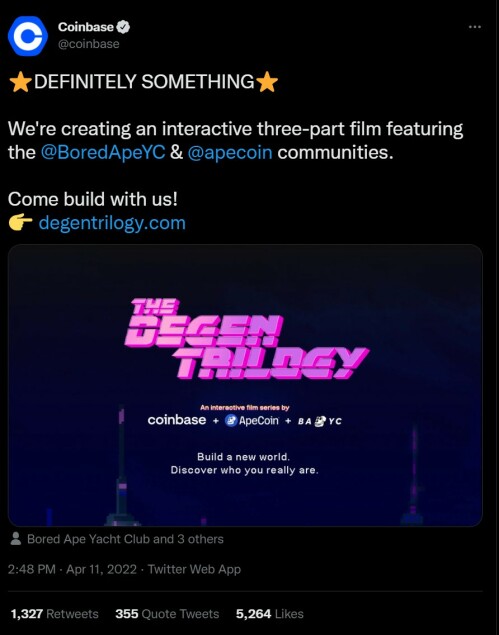 The very first installment of this new trilogy is said to premiere in June 2022.

For the latest on the metaverse and web3, check out our content on GMW3.com