Blockchain Regulation in the U.S. and Malta — Of Leaders and Laggards
AtomicWalletTutorial Writing Contest + Twitter Giveaway: $230 in DAI Prizes. Join now - <a href="/publish0x-contests/230-dollars-in-dai-writing-contest-plus-twitter-giveaway-ato-xdrnlvv">details are here</a>. 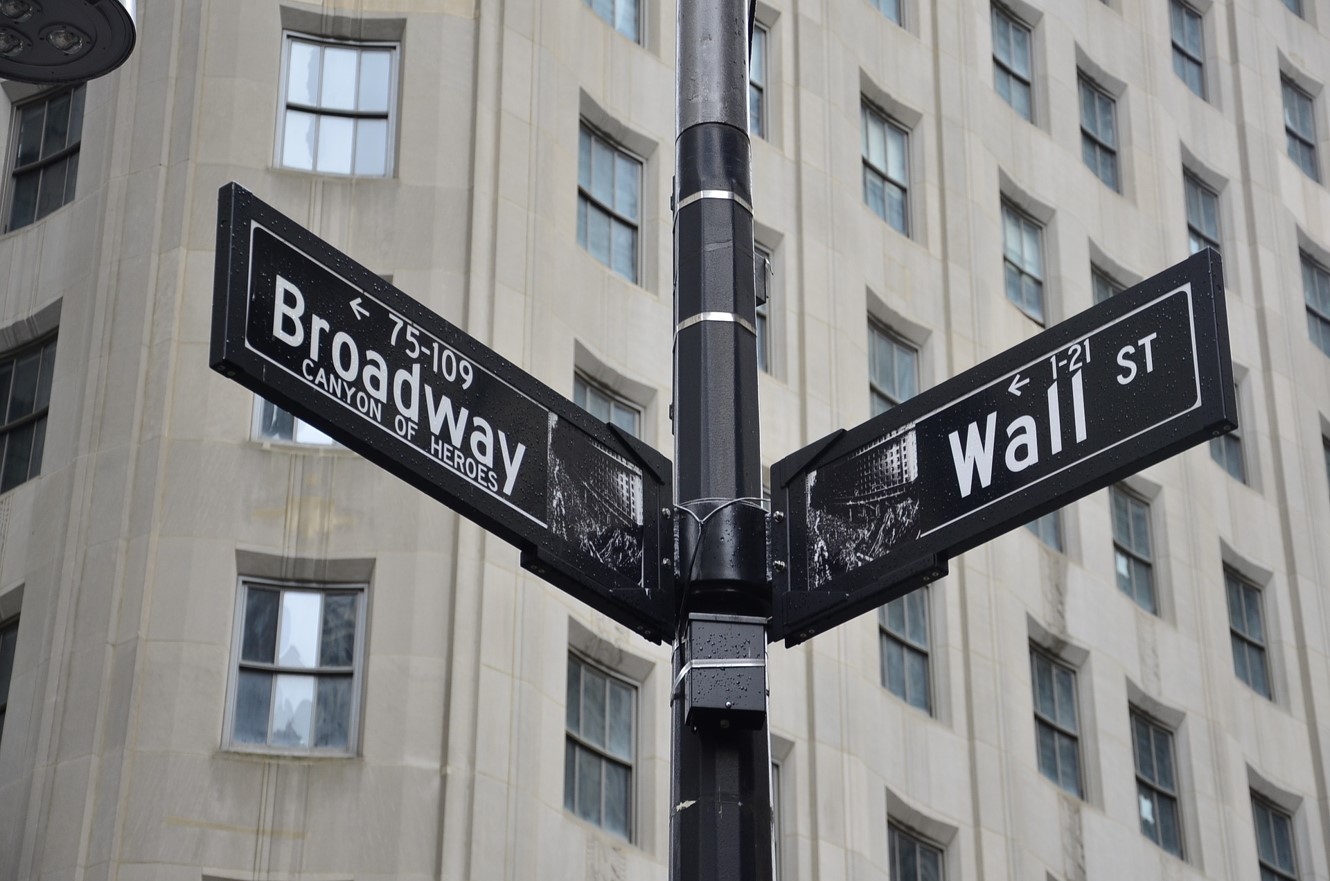 Blockchain Regulation in the U.S. and Malta — Of Leaders and Laggards

This article is an exploration of the myriad world of cryptocurrency regulations; and specifically, ICOs, the U.S. (and the SEC) and Malta.

"We believe that the SEC could do more to clarify its position" —  U.S. Congress Members to SEC Chairman (source)

This simple congressional request reflects the country’s broader sentiment towards cryptocurrency regulations in the U.S. — there is an outspoken need for regulatory clarity. The rapid emergence and exit of Initial Coin Offerings (ICOs), starting in mid-2017 and significantly slowing by mid-2018, have only compounded this uncertainty.

An ICO is one of the means by which blockchain projects, namely startups, raise funds in exchange for coins or tokens associated with the project. These coins or tokens are digital assets, and possess value in the context of the product or service that the project offers, or is planning to offer. As long as projects did well, and as long as they delivered on their promises on the back of a bull market, regulations were on the back-burner.

However, with the cryptocurrency market crash of 2018, where total market cap cratered from ~$820 billion USD to ~$120 billion USD, many blockchain projects started to struggle, or simply failed and some even abandoned the project, but kept the funds (an “exit scam”). Subsequent class action lawsuits and investor complaints brought back the focus on the legitimacy of ICOs and their tokens.

How does SEC fall into the scheme of things?

The Securities and Exchange Commission, or SEC, is the regulator of stocks and securitized instruments in the U.S. Though cryptocurrencies are not currently classified as securities, the regulatory agency continues to have regulatory oversight until a guideline or framework is formalized. This is because, as an asset class, cryptocurrencies are unregulated and have little to no consumer protection measures against fraud.

While the SEC has clarified that Bitcoin and Ethereum are not securities, the verdict is still out on other cryptoassets. Being classified as a security creates entry barriers for investors to an asset class and consequently results in a freeze in progress, and to go a step further, innovation.

Thus far, the SEC has navigated within the Securities Act of 1933 and 1934, a time at least 50 years prior to the invention of the internet. Consequently, maximum activity has been seen in tweaking “investment contract” related regulations, with the latest update published on April 3rd 2019.

This is accompanied by the periodic issue of risk advisories to investors.

The federal government, for its part, has not imposed any blanket regulations across the U.S., and has allowed states to create their own laws. This has allowed several states to create conducive regulations for crypto. However, with the SEC looking at projects on a case-by-case basis, there is still a long way to go before we reach legal lucidity, at least in the U.S.

Funds raised through ICOs in 2018 (source)

Several projects have already discontinued plans for a token sale after receiving phone calls from SEC. And blanket statements like “every ICO I’ve seen is a security” haven’t helped in building developer or investor confidence either. While consumer protection should be paramount when making laws, as a Cato Institute paper points out, uncertainty compounds to volatility, and over-regulation kills innovation.

We have seen just that: an ICO freeze over the course of 2018. To be on the safe side, some projects have outright excluded U.S. investors from their token sales. Submissions have been made to the Congress to bring about prudent regulation before it’s too late. It has come to the point where U.S. Congress members had to write to the SEC to seek regulatory clarity.

Despite the laggard approach, there have been some results on the ground at the state level. The States of Arizona, Illinois, Nevada, and Delaware has passed legislation that uphold the benefits of blockchain. Hawaii’s House Bill 1481 even considers the benefits of adopting Bitcoin.

This brings up an issue not uncommon within the U.S. of federal vs. state law, and often draws comparisons to the status of regulation for the cannabis industry. In the longer run, the law tends to embrace innovation, but there is real harm caused to domestic American innovation while this subject remains a grey area. As such, the current pace of legal development in the U.S. has resulted in many projects looking for jurisdictions with faster adoption cycles.

In March 2018, the world’s largest cryptocurrency exchange by trading volume, Binance, announced that it would be moving its headquarters to Malta. While a tiny island nation, with a population of less than half a million, this country quickly piqued global attention for its balance of forward thinking and institutional quality infrastructure.

Malta had been setting the stage for becoming a “blockchain island” for quite some time. They have one of the lowest corporate tax rates in the EU, and provide legal certainty for crypto. In July 2018, the Maltese government moved legislation to help set up the first regulatory framework for blockchain, Distributed Ledger Technology (DLT) and cryptocurrencies.

This comprehensive framework for handling all things crypto, along with a crypto friendly administration, has helped capture entrepreneur and investor confidence. And the efforts have already started to bear fruit.

With regulatory vacuum being the norm in most jurisdictions, Malta provides relief in the form of both legal clarity and openness to innovation. Moreover, being part of the EU and having a high standard of living help Malta’s cause considerably. As a result, projects have started to flock the island nation. The finer details of the VFA Act (which regulates ICOs/token sales) have come as an additional relief to many projects. The Act defines categories for tokens: utility, security and VFA (Virtual Financial Asset).

Any token that is classified as a VFA is not a security. This allows a much wider audience to participate in token purchase than what a security token would have allowed. Projects have consequently used the opportunity to acquire VFA status for their tokens.

For example, aXpire has recently confirmed that the AXPR token is a VFA and therefore a reconfirmed non-security. They did this for simple, yet powerful reasons: achieving regulatory certainty, aligning themselves with the government, and for signalling their legitimacy to the entire crypto space.

The VFA act is important for these reasons as it allows projects to clear their heads about regulatory worries stemming from insufficient regulation and guidance in other jurisdictions. Hopefully, the Laggard jurisdictions such as the U.S. will follow the Leaders like Malta, enabling innovation to flow free without a project requiring a lawyer to figure out where to even place their feet in the first day of its founding — regulation isn’t the problem; the problem is the uncertainty and vacuum that a lack of regulation fosters.

Binance CEO Changpeng Zhao (CZ) said in an interview that he preferred working in Malta because of accessibility to lawmakers. This has been the ethos of crypto entrepreneurs who have shifted base to Malta recently — the ability to work directly with top officials in helping bring about positive change.

Coordination with stakeholders help administrations make regulatory progress. Certainty that a business is operating within stated guidelines and faces no risk of being shut down for regulatory reasons carries significant weight for an emerging field.

With Malta successfully passing the regulatory framework on crypto, we are starting to see a new path evolve in other jurisdictions, particularly the U.S. — and we are seeing some progress towards acceptance, understanding and change. U.S. Congress members already accept that clarity is necessary, and the SEC wants to hold a forum to increase “understanding around issues involving DLT and digital assets.”

As a prime example, we have already seen state-level change in crypto legislation. All that remains now are federal level changes. Like always, it is just a matter of time. 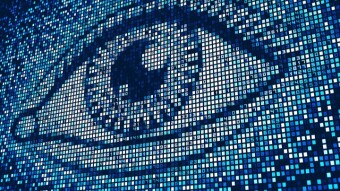 Cryptocurrencies: Money Isn't What It Used to Be! 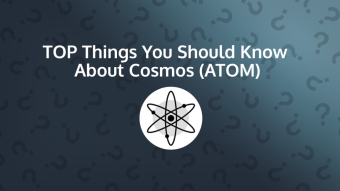 Top Things You Should Know About Cosmos (ATOM) 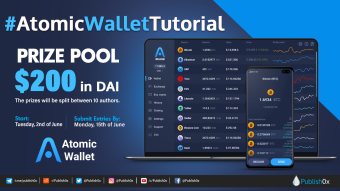