New for Bittrex. Another Launchpad. Launches its own IEO

New for Bittrex. Another Launchpad. Launches its own IEO

The stock exchange operating in Malta will launch its first IEO, which we can classify as the popular Binance Launchpads on Friday, March 15th. It will be the XRD tokens, behind which the gaming industry's Raid blockchain project stands.

According to the information published in the Bittrex press release, the raid is a project aimed at providing players with data sharing within the tokenized ecosystem, which aims to increase marketing and business growth and encourage further innovation in the gaming industry by supporting their developers.

Bittrex CEO Bill Shihara said this offer will allow international investors to invest in new blockchain projects within a regulated environment in Malta.

According to Cointelegraph, Bittrex is one of the 50 largest cryptoexchange in the world with a daily trading volume of approximately $ 73 million.

Bittrex follows the steps of Binance
With such a modern way of selling tokens that resemble the "successful" ICOs of 2017, Binance was launched as the first. As part of its so-called Binance Launchpads, it implemented a successful pre-sale of BitTorrent (BTT) and Fetch.AI (FET) tokens. Both cryptocurrencies recorded a significant 4-fold increase compared to pre-sales prices. The closest Launchpad to Binance will concern the Celery project. 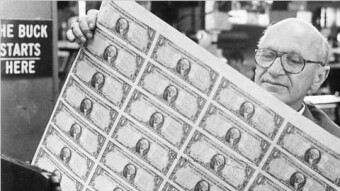