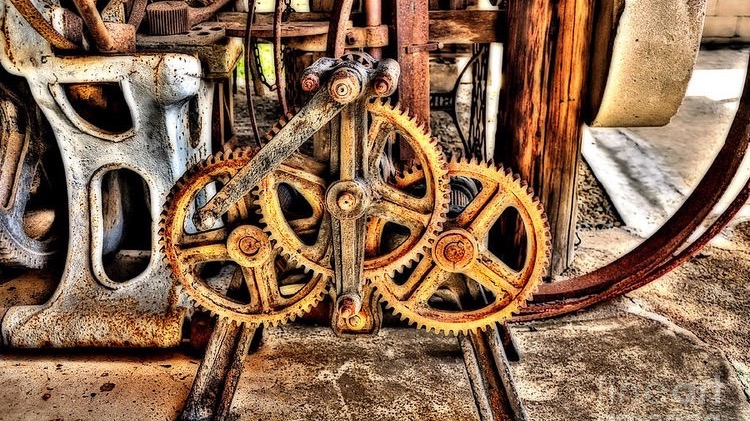 Weekly Briefing No. 43 | The Fed Knows it Needs Disrupting.

This week, we ponder the need for disruption at the Fed and the rise of robot tellers in the land down under. The Israeli start-up scene, Berlin’s fintech rise, Ripple’s dis of banks’ digital coin plans and a look at LendUp are also on our radar.

The Fed knows it needs disrupting.

For us, the most interesting development at the Fed’s annual summer symposium this past week in the Grand Tetons was a willingness of several regional Fed chairs to meet with the activist group, FedUp. Yes, Fed Chair Janet Yellen voiced cautious optimism about the economy and need for future hikes, but that wasn’t a huge surprise. But FedUp, which is backed by Andrew Levin, a former special adviser to Ben Bernanke and Janet Yellen, caught our attention for its ability to get the Fed’s attention. And its “success” got us wishing for other forms of disruption because, let’s face it, the Fed needs help figuring out what’s going on. In fact, it admitted as much during its July meeting at which several officials discussed the need for a new framework in approaching policy choices. While not wanting to throw out the old models altogether, many Fed officials agree their tools are rusty. That’s troubling when you consider that the Fed’s impact on financial markets is more powerful than ever (a fun Fed data point: According to former Fed Governor Kevin Warsh, more than half of the S&P 500’s rise since the beginning of 2008 occurred on FOMC decision days). So why don’t the Fed’s models cut it anymore? One factor may be that the Fed’s data sources don’t capture the rapid shifts taking place in the economy. Consider these facts: 1) Since 2008, U.S. student debt has risen by over 50%; 2) Uber, Airbnb and WeWork — each possessing asset-light, freelance-driven business models that millennials love — were all founded; and 3) one company (Amazon) has come to utterly dominate America’s Retail industry. Our hope is that as the Fed looks to build its new framework for understanding economic growth prospects and inflation pressures (or lack thereof), its analysts look to fintech leaders on the front lines of incorporating innovation into various kinds of economic transactions. Who knows, maybe next year a group of entrepreneurs can form a group called FintechUp and join FedUp in ushering the Fed into the modern era.

The humanoid banking robot from the land down under.

Commonwealth Bank of Australia plans to make a push into “social robotics” by forging ahead with Chip, a humanoid robot developed by PAL Robotics. Reading between the lines, our sense is the bank wants to understand how human-robot interaction will best work in financial services and follow in the footsteps of Japanese firms (For more on Japan’s leadership, check out the launch of NAO, a miniature robot that helps customers of Tokyo-Mitsubishi UFJ handle basic banking services). The folks at PAL look to be brilliant, so we hope that as Commonwealth ponders how to deploy Chip, it asks PAL to modify Chip’s design so he looks a little less like Jason of Friday the 13th. After all, the goal is to get people to like robots, not have nightmares about them. Read more about Chip here.

Israel: Start-up nation or premature seller?We liked this post by Tory Green of Tiller Partners discussing why members of two elite Israeli intelligence units (81 and 8200) possess several advantages in getting start-ups off the ground. We also liked and agreed with his conclusion: Israeli start-ups, for all of their incredible innovation, tend to opt for exits too early. His theory: the Israeli entrepreneurs from 81, 8200 and other pressure-cooker environments often hold the view that “tech is king” (a dangerous assumption, particularly in fintech) and find it difficult to operate in the structured environments necessary to build scale.

Our financial system ecology decoded. “Any view of financial systems must recognize that they are ecosystems, linking agents, stocks, and flows. Just as an ecosystem ecologist is focused on the cycling of crucial elements like carbon, nitrogen, and phosphorus, so too might a “financial ecologist” focus on the sustainable cycling of crucial elements like capital, labor, and financial innovation.” That’s the perspective from Simon Levin of Princeton University and Andrew Lo of MIT in this jointly written article. If that last element, financial innovation, is of particular interest to you, then you may want to consider signing-up for MIT’s next fintech course beginning on September 5th. To secure The FR’s discount code to the program, click here.

Ich bin ein Berliner. Unsurprisingly, Brexit is serving as a boom to Berlin’s fintech scene, which has seen a significant rise in job applications from fintechers since Britain’s fateful vote to leave the the EU. But while we don’t expect London to lose its European fintech crown anytime soon, we were surprised to see just how much more expensive life is in London vs. Berlin. According to numbeo, a rather handy site, you would need only £2,668.71 in Berlin to maintain the same standard of living that costs £4,500.00 in London (assuming you rent in both cities, after income tax). That 40% cost differential, plus all of the uncertainty hanging over the UK, is a powerful combination.

Paper industry waging an absurd war with the SEC over fund reports. Paper manufacturers and postal workers are mounting what appears to be an effective campaign to get the SEC to back down from a new initiative that would pave the way for greater use of electronic delivery of mutual fund reports. This Bloomberg article references the billions of dollars and millions of trees that could be saved if the SEC’s plan goes into effect. But the bigger issue is the symbolism at play. Will the paper lobby fight digital currency’s rise on a trumped-up defense of dollar bills? Or what about the American Plastics Council? Will it oppose regulatory reforms that pave the way for greater use of digital wallets because it would imperil physical credit cards?

Ripple weighs in against banks’ digital currency plans. Asking the president of Ripple to opine on the in-house digital coins being cooked-up by several big banks is akin to asking a Boston Red Sox fan to weigh in on the New York Yankees World Series legacy. Still, we thought Brad Garlinghouse made some legitimate points in touting Ripple’s XRP vs. the banks’ utility settlement coins now under development. Read his post here.

We like this company and love its mission: to provide people with access to credit on flexible, transparent terms and help people lay the groundwork for a better financial future through financial education. The latter goal is a nice way of saying they aim to help their customers avoid the perpetual debt trap that ensnares millions of Americans. The San Francisco-based company just raised a whopping $47.5 million round led by Y Combinator’s in-house fund to accelerate the rollout of its L Card. Check out the company’s site here.

Karim Ahmad is the new head of global product and innovation at Tsys (pronounced “Tee-siss”), the Columbus, Georgia-based payments powerhouse. Ahmad had been a financial services partner at Bain & Company and an investment officer at the International Finance Corporation.

“The best way to predict the future is to invent it.”