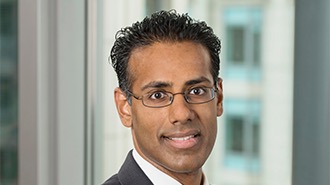 The ability to charter a de novo bank, once a reasonably achievable task, has, over the past decade, become an almost impossible feat.

Part of the reason de novo bank creation has stalled is the regulatory reaction to the 2007-09 financial crisis. The crisis caused bank regulators to recoil from any action they perceive might increase systemic risk, and they have thus diverted their efforts to implementing regulatory reforms and managing bank failures. Today, however, there are various reasons to believe we are on the verge of witnessing a resurgence of de novo bank charters, particularly those involving fintech-oriented business models.

Statistics from the Federal Deposit Insurance Corporation (FDIC) regarding de novo bank charters and applications for deposit insurance illustrate the decline in success of de novo bank applications over the last decade.

The case of special-purpose banks is particularly illuminating. These banks, which operated outside the traditional full-service commercial bank model, have fared particularly poorly in their pursuit of de novo bank charters. One type of special-purpose bank is the industrial loan company (ILC), which offers organizers a path to chartering a bank without the express legal requirements of operating as a bank holding company — a structure unsuited to many investors and commercial firms. From 2000 to 2007, the FDIC approved 47% of the 57 applications for deposit insurance for de novo ILCs. From 2008 to 2010, however, just one of seven applications (14%) was approved — and from 2011 through July 2016, zero applications were filed with the FDIC for deposit insurance for a de novo ILC.

The Rise of Fintech Companies

Today, conditions are ripe for fintech-oriented companies to enter the banking arena. Heightened post-crisis regulation has pushed innovation and demand for financial products outside of the banking sector, advancements in technology have inspired new products and ways to do business, and the consumption behaviors of 85 million Millennials signal that they are ready and willing to embrace innovative financial products. What’s more, capital seeking returns outside of the credit-oriented banking sector has flooded the start-up world and fueled rapid growth in innovators working in credit, payment systems, asset management, insurance, real estate, regulatory compliance, and other fintech market segments.

So will these fintech start-ups partner with incumbent banks, already within the well-regulated financial ecosystem, or will they try to become banks on their own? Each path is rocky.

Bank partnership models involving credit-oriented fintech companies have faced challenges regarding their preemption and true lender structures. Increasingly, bank and consumer protection regulators have released third-party vendor management guidance that incents or mandates bank-like compliance on the bank’s partners. The Bank Secrecy Act and anti-money laundering laws have caused banks to de-risk and de-bank certain payment systems companies. State laws that promised to serve as a pathway to regulatory legitimacy for cryptocurrency companies, such as those passed in New York State, have yielded just three Bitlicenses and two trust company charters to date. In short, the current U.S. financial regulatory infrastructure, in many instances, has proven to be substantially inhospitable for significant incumbent-fintech integration. Becoming a bank, therefore, may be the solution for many emerging fintech players.

Bank regulators have begun to take steps to prepare themselves for the increased demand for bank charters and the rapidly shifting financial market landscape. The Office of the Comptroller of the Currency has taken a leading position by establishing an Office of Innovation that meets with fintech companies exploring national bank charters, releasing public statements and guidance regarding a path toward obtaining special-purpose or limited-purpose bank charters, establishing rules regarding the resolution of uninsured national banks, and generally setting a tone that is strikingly different from that of the last decade.

The FDIC, historically a more conservative agency, has released revised guidance regarding de novodeposit insurance applications and made public statements regarding ILCs, including that it “has seen indications of increased interest from prospective organizing groups in filing applications for new insured depository institutions.”

State banking authorities, facing the reality that cutting-edge fintech companies might leave their respective jurisdictions in pursuit of federal chartering options, have begun efforts to modernize their licensing and examination processes. And other regulators, including the Federal Trade Commission, the Consumer Financial Protection Bureau, the Securities and Exchange Commission, the Commodity Futures Trading Commission, and the Board of Governors of the Federal Reserve, have taken steps to prepare themselves for the new fintech-driven financial world order.

The immediate reaction to regulators’ shifting orientations has been a sharp rise in the number of fintech companies seeking a banking charter. Thus far in 2017, fintech firms have filed two ILC applications and one full-service national bank charter application, all three of which include applications for deposit insurance with the FDIC.

Behind the scenes, numerous fintech companies have looked into applying for these and other bank charter types, including trust banks, special-purpose national banks, full-service commercial banks, credit card banks, and other forms of state-chartered entities. Outside of the fintech world, specialty finance firms have similarly shown great interest in various forms of bank charters.

Like their fintech counterparties, more pure commercial firms have shown an increased interest in the prospect of owning a bank. While such an idea may be controversial in some circles, regulators at the highest levels are taking note. Acting Comptroller of the Currency Keith Noreika, for example, recently noted that the separation of banking and commerce “is a very uniquely American concept” and that we must ask ourselves, “Are we doing the right thing?” As an ongoing practice, the Acting Comptroller noted, “I think we have to have a discussion about it.”

As fintech, specialty finance and commercial companies assess the suitability of a bank charter for their business models, they quickly confront the nation’s dense and often arcane banking laws and regulations. Next time, we will cut through some of the regulatory thicket and outline some of the key features of banking charters and how a company might best pursue obtaining one.

Pratin Vallabhaneni is a corporate and financial regulatory attorney at Arnold & Porter Kaye Scholer LLP. He previously served in the Legal Division of the Federal Deposit Insurance Corporation and regularly advises technology companies seeking exposure to the financial services sector. The ideas expressed in this piece are solely those of the author and should not be attributed to any other person or organization.