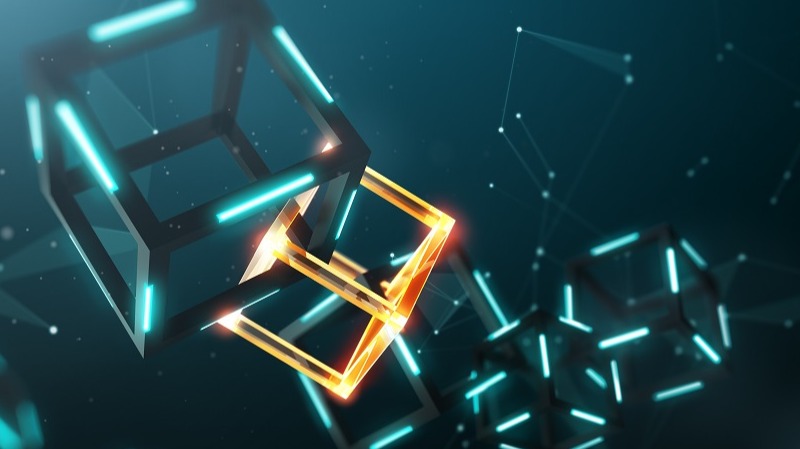 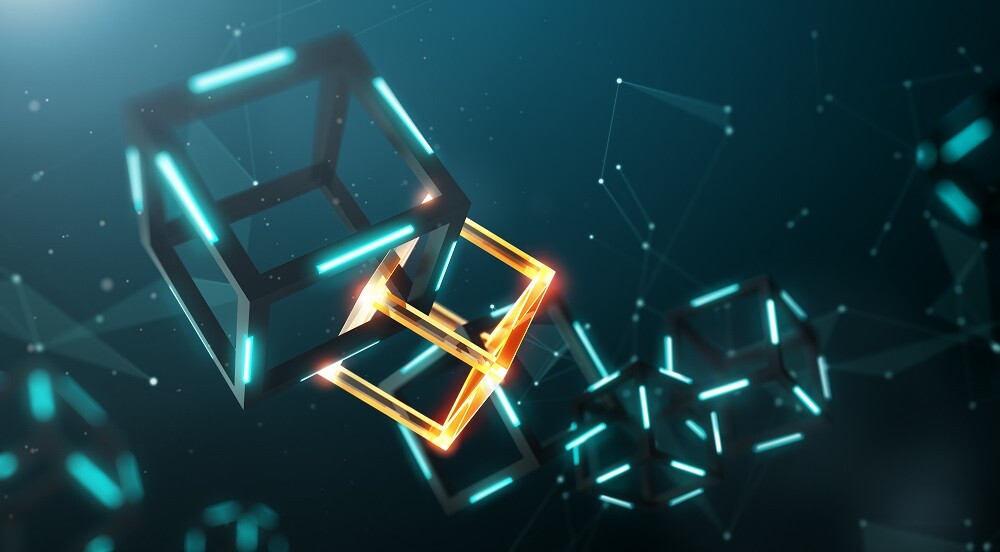 Electroneum Head of Blockchain Chris Harrison has been away from the spotlight for a few months now, but he and his team have focused on projects. That means there will be great news in the coming months.

"The blockchain team has been silently working on some exciting new projects that we will soon publicly announce in detail," said Mr. Harrison.

He also took the opportunity to share a Ledger update with Electroneum's nearly 4,225,000 registered user accounts worldwide. This project has created great expectations, and so the update comes at a perfect time.

"The Ledger team has greatly welcomed our application for Ledger integration," said Chris Harrison. "However, the pandemic has massively interfered with the Ledger team's operational capacity to review device applications, hence the delay in their response to Electroneum. "

He explained that these changes will be completed soon and that his team will resubmit the Ledger application for review.

Tech and Support on KYC

From a purely technical development standpoint, Electroneum's KYC is already highly efficient. According to Product Assistant Becky Corbel, the system is about to be sped up for the benefit of the ETN community, which is present in practically every country around the world.

And on the topic of KYC, Support Manager Sam Warren said his team is “working hard to get through the KYC backlog and has been reduced to over half of it was about a week ago. And with even more support staff members currently being trained the backlog will be significantly reduced in the coming days.

Mr. Warren said there is "still some work to do on clearing our more in-depth requests but have attributed additional resources to this and apologise to anyone who is currently awaiting processing."

Fantastic News, because more team members mean more development, progress, and exciting times ahead, and that's exactly what Human Resources Mike Jennings means when he says: "We are well and truly in growth mode here at Electroneum and Anytask."

Mr. Jennings reported that "we have welcomed four new members to the team and all within our ever-growing technical team."

READ: All about NFTs, their history, the market, and why Electroneum got involved

He also said, "We are hiring a new Head of Development. We're currently screening applications!" But it does not stop there: "We also have several applications for our Front End Development Team, and slots for candidate interviews for the roles are just around the corner."

Head of Marketing Cathy Jenkins and Data Analyst Ellen MacPherson share some stats and numbers that are encouraging and have to do with the impact the AnyTask.com TV ads have had.

READ: Richard Ells delivers BAC2021 speech on how crypto is empowering a generation

The TV ads are rendering promising results, so the plan is to continue down this road, albeit with a more significant media presence, said Cathy Jenkins.

"We are working on expanding TV campaign to other countries. The start dates will be made public shortly after the ads' production is adapted to target the different countries where those ads will air appropriately."

Ellen MacPherson said that the five most purchased tasks were in the design and marketing categories. She reported that AnyTask.com now has active digital tasks listed by just under 17,000 online freelancers across the dozens of categories and subcategories. And the number of users is now just under 681,000.

She also said that mobile airtime and data remain high at 2,256 this past week. Electroneum is very close to reaching the 3 million App-download- milestone. As of this Thursday, Electroneum users had completed a total of 2,913,280.

Slowly but surely, merchants accepting ETN now total 2,178 after five new ones signed up to ETNeverywhere.com this past week, concluded Mrs. MacPherson.

And speaking of NFTs

Well, Marketing ManagerJonathan Marriott would like to tell the entire community how focused he's been on promoting AnyTask's highly skilled and talented NFT artists, but for now, no spoilers.

For now, Mr. Marriott takes this opportunity to echo his invite to all those interested in creating their NFTs. He explained he's worked with all six talented AnyTask freelance artists creating a series of NFTs for AnyTask.com, designed to showcase the talents that one can discover on the disruptive digital task marketplace.

READ: The History of Non-Fungible Tokens

He also wants to remind that AnyTask.com is seeking more talented artists. Reiterated his call for new digital freelancers with drawing, painting, illustrating, and animating skills to sign up now as a seller on the AnyTask.com freelance platform and list their NFT task. Freelancers with architecture, video, music, and 3D rendering skills should also list their NFT task now to get on the ground floor of fast-growing NFT space.

READ: Electroneum teams up with Blockchain Heroes, ventures into the world of NFTs

And speaking of the seller page, Cathy Jenkins invites the entire community, those interested in becoming freelancers and those who already are, "to visit our amazing new Become a Seller page." So, please do not forget to take a peek by clicking here. 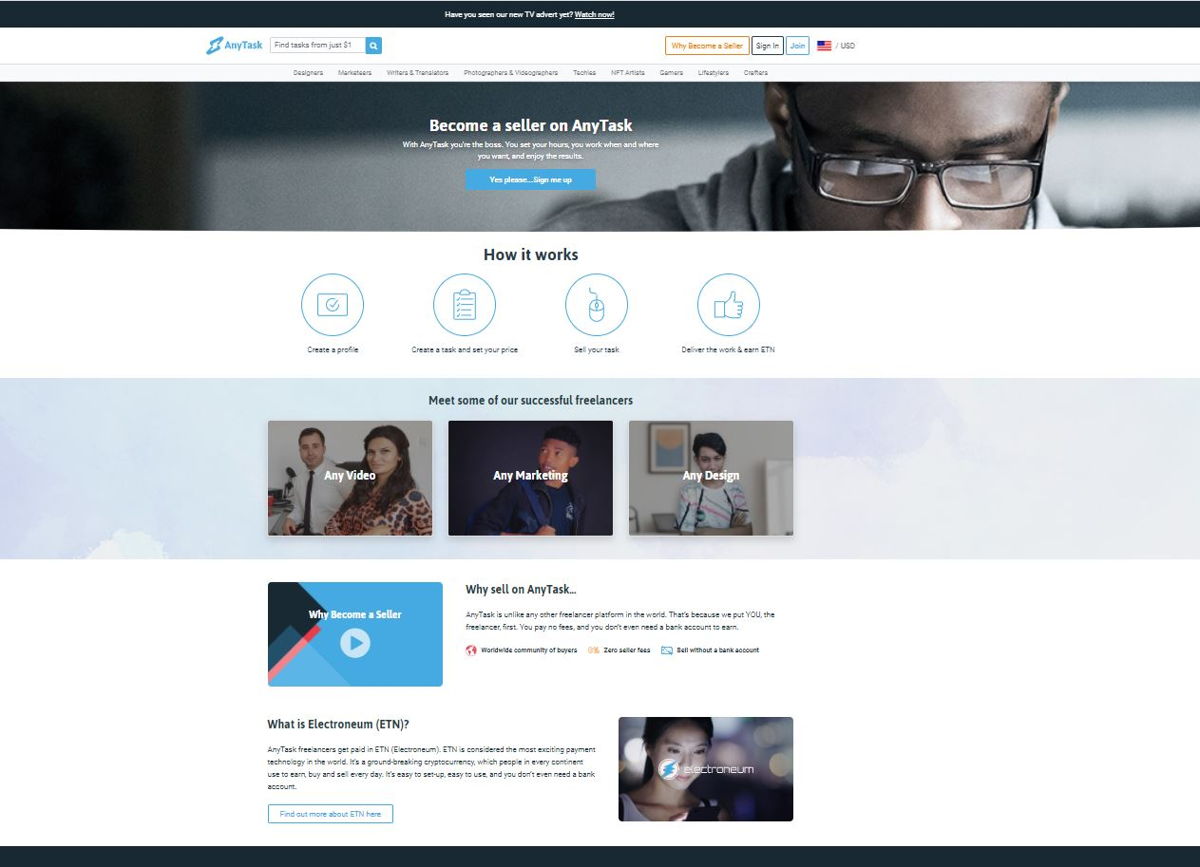 All you need to know about Electroneum, the award-winning crypto-based in the UKI, and AnyTask, its global freelance platform.