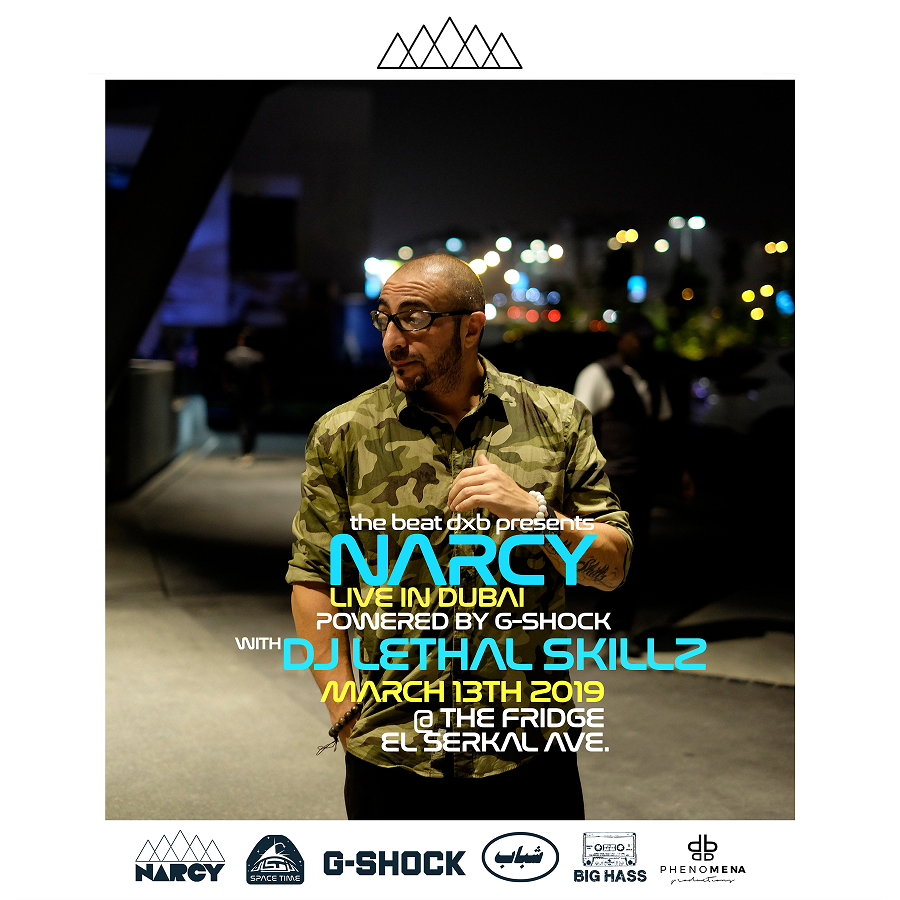 Here's a little recap of our last event that took place two weeks back in Dubai, this time the video recap is done by @ypfilmz

THE BEAT is a series of events curated by Saudi radio host and blogger Big Hass, all in the aim to support local and regional rising music artists by creating opportunities for them to perform live. What started as an underground event in Jeddah (Saudi Arabia) in 2013 has now been marked by the DXB stamp, as Big Hass tries to nourish the independent music scene through private live events. In less than a year, two Dubai editions of THE BEAT have already been successfully accomplished, bringing a new flair to the local music scene.

It is time to crank up the volume for a third edition and bring in a prominent talent from the indie international hip-hop scene, alongside some artists from Dubai, who will be opening for the main act. Multimedia and merging East and West are trademarks in Narcy’s way of presenting his art; in this performance, he will be giving his audience a visual and auditory glimpse on what “Space Time” means to him on personal, cultural and philosophical level. Joining him will be Lebanese Dj/Turntablist ​Dj Lethal Skillz​, a music pioneer and the undisputed champion in the genre of Turntablism, fusing hip-hop and oriental Arabian streams.
Opening acts will also include soulful voice and fashion enthusiast ​Layla Kardan​, and ​Moh Flow​, who is one of the first artists who supported The Beat from its humble beginnings in Saudi Arabia.