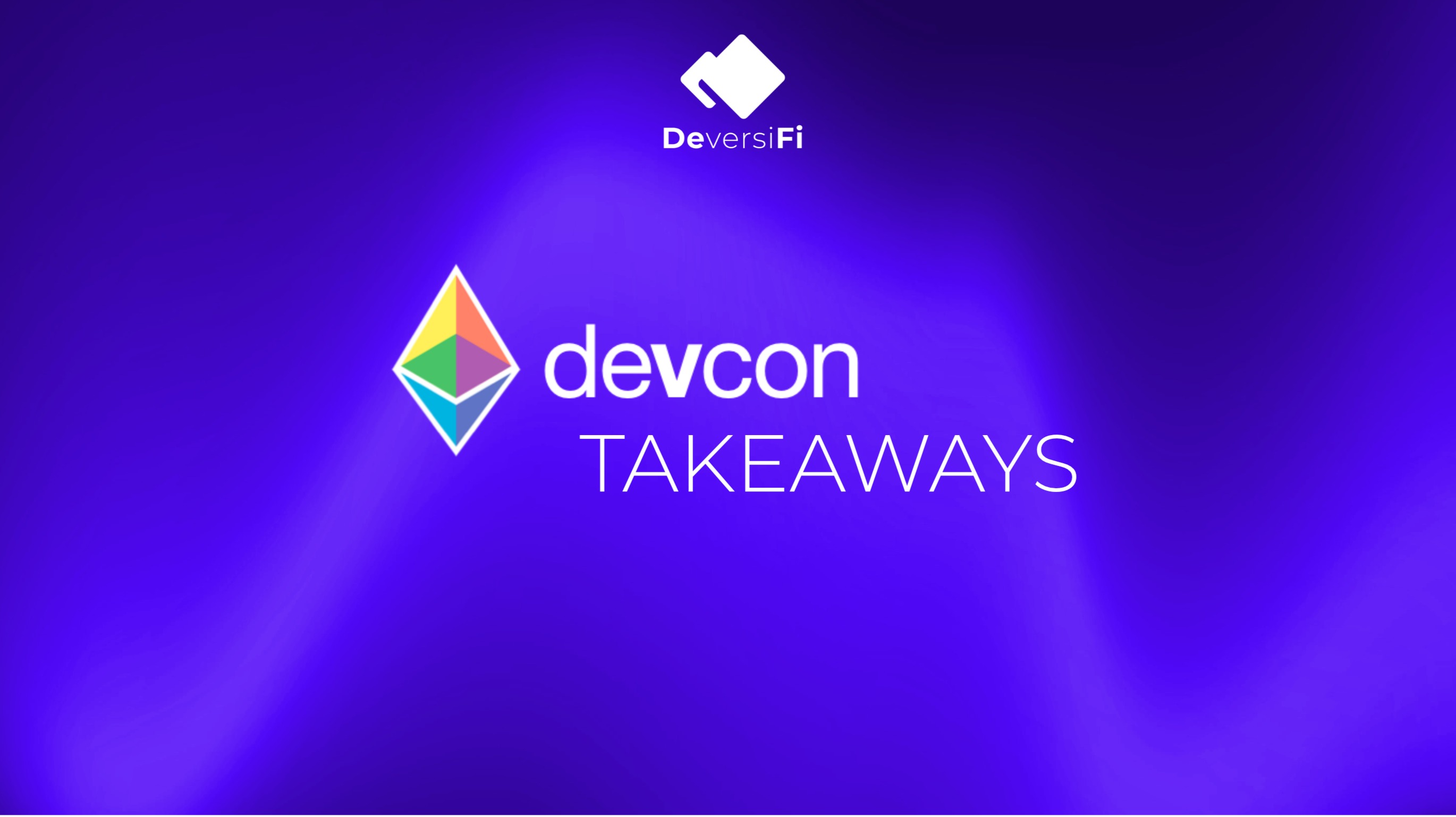 The DeversiFi team joined thousands of blockchain developers, enthusiasts and entrepreneurs among the neon lights of Osaka for the hotly anticipated event of the year - Devcon5. During our time there we talked tête-à-tête with partners and friends but most thrilling of all we co-organised the popular trustcommunity experiment with Iden3 and announced our partnership with StarkWare on the main stage. Read on for more.

As expected, Devcon was draped in ETH accessory - unicorn cutouts, shirts and other cool giveaways. One thing that Devcon serves to remind us is that Ethereum is a large force for change, typified by all of its moving parts - developers, anarchists, businessmen & women, rebel economists, politicians, and social activists. All of these moving parts act in harmony, in decentralised fashion, to establish and promote a new financial world – one that empowers individuals. Our excitement to be playing our role in this movement can't be overstated but is always somehow further invigorated when we join the wider community for several days of talks, networking and collaboration. So, what did we get up to?

Trustcommunity – An experiment with Iden3

For a recap on the why and what behind our partnership with Iden3, check out the launch announcement here. In short, we joined forces to develop an experimental web-app allowing participants to play a prisoner’s dilemma game by connecting with (and subsequently betraying or not) other attendees. Each connection, betrayed or not, earned the participant a share of $50,000 in NEC tokens, with some players earning over 50,000 NEC tokens!

Quite a profitable #devcon5

I think I'll just hoDL dat sweet $NEC as @deversifi is a neat project.
My apologies to the few ones I betrayed, I owe you a

Behind the scenes, the application is allowing users to experiment with zero-knowledge proofs in order to prove claims without revealing any information other than the validity of the claim itself.

When will participants receive the NEC airdrop?

As mentioned in previous posts, all earned NEC will be available within the next 2 weeks with November 4th being the earliest date participants can request their airdrop. All requests will need to be performed within the user profile of the web application - trustcommunity.io.

Hey @sniko_, aren't you 409h? You should add yourself to the scam database! Why did you betray @wimel85 on the @trust_comm game? 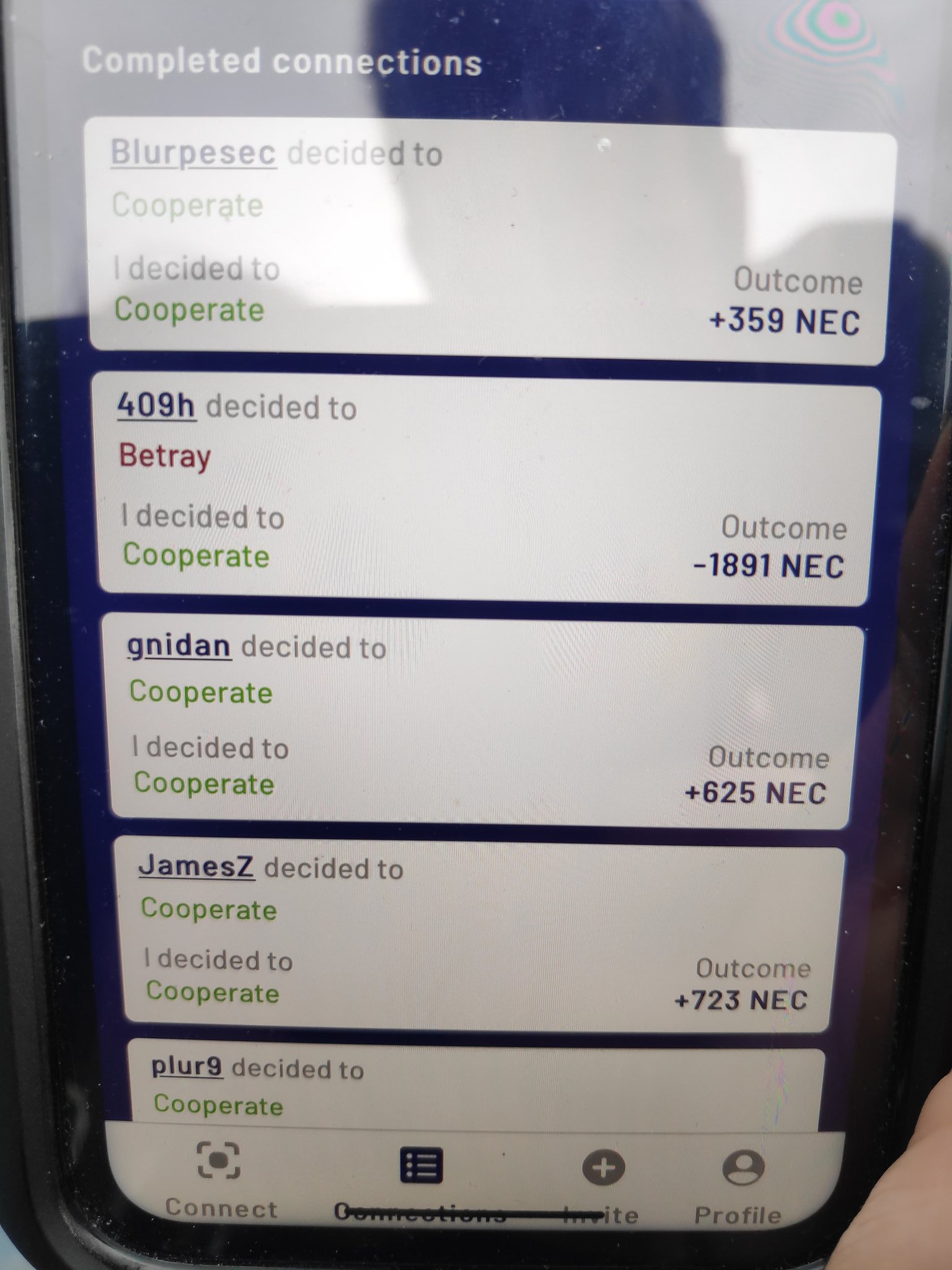 I can't believe @androolloyd did this to me. 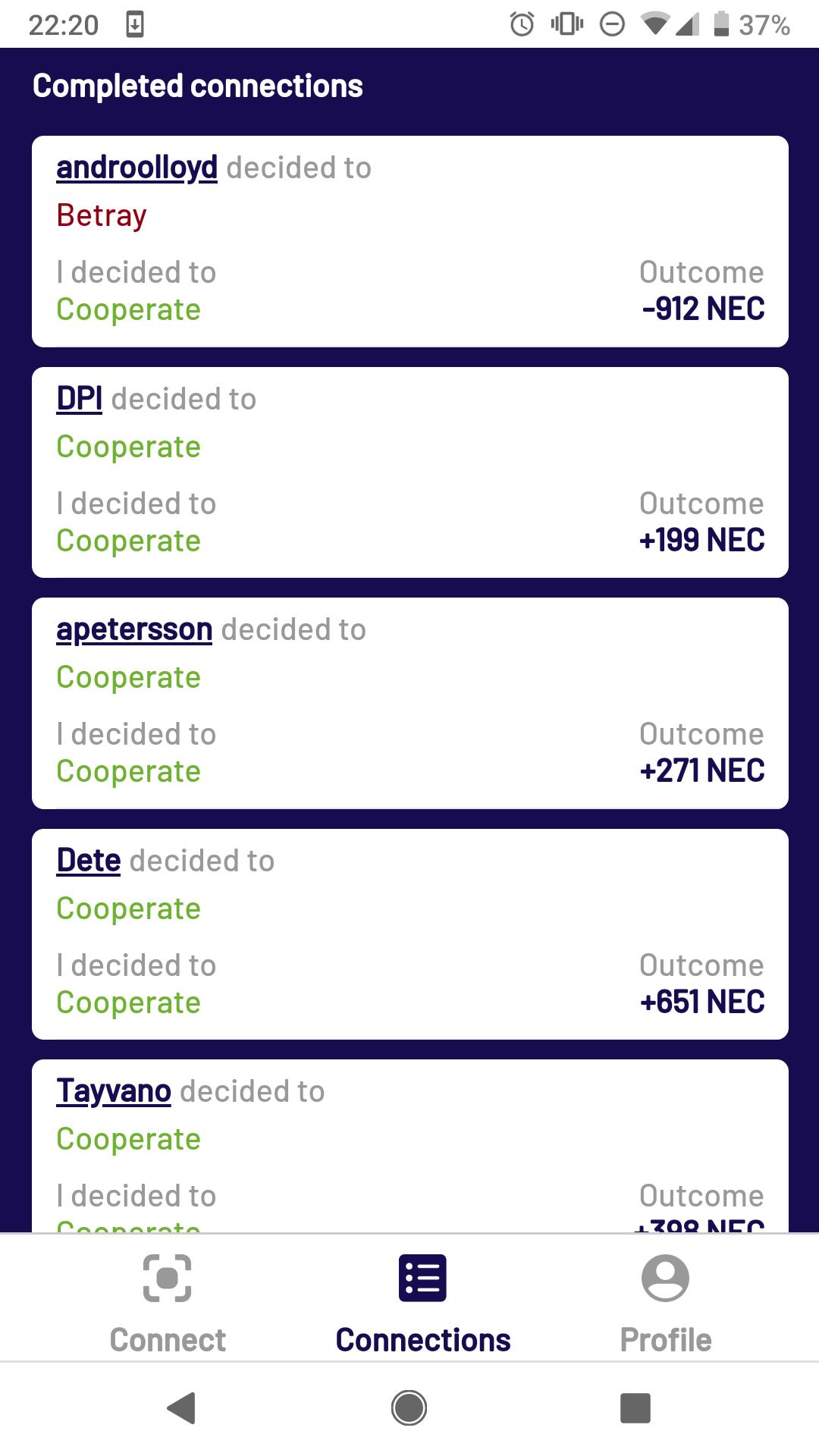 On day two, Thursday 11, we took to the main stage to both announce and demo our upcoming StarkWare integration - making DeversiFi the first decentralised exchange to harness the power of StarkWare technology to make decentralised trading faster, more cost-efficient, secure and scalable.

This demo served as a sneak-peek into what is to come. Over the coming weeks, we will announce in full detail the scope of our partnership and aim to release the new StarkWare powered DeversiFi in early Jan 2020. Stay tuned on our Twitter, Telegram and Blog.

As highlighted above, Devcon conferences are always jam-packed with innovative, game-changing projects that colour outside of the lines. The most relevant and hotly discussed themes were, of course, DAOs, DeFi and Layer 2 scaling.

This year we saw the announcement of battle tested, layer-two scaling solutions that are now close to main net integration. The talks around plasma and side chains have been replaced with different types of roll-ups based on ZKP, snarks and more.

Today at #DevconV Room B10 11:30. I'm going to explain how the zero knowledge based Rollup we are building at @identhree works. IMO the most promising path for scaling blockchain dApps. Including but not limited to payment systems. 1000TX/s are possible on top of #Ethereum 1.0 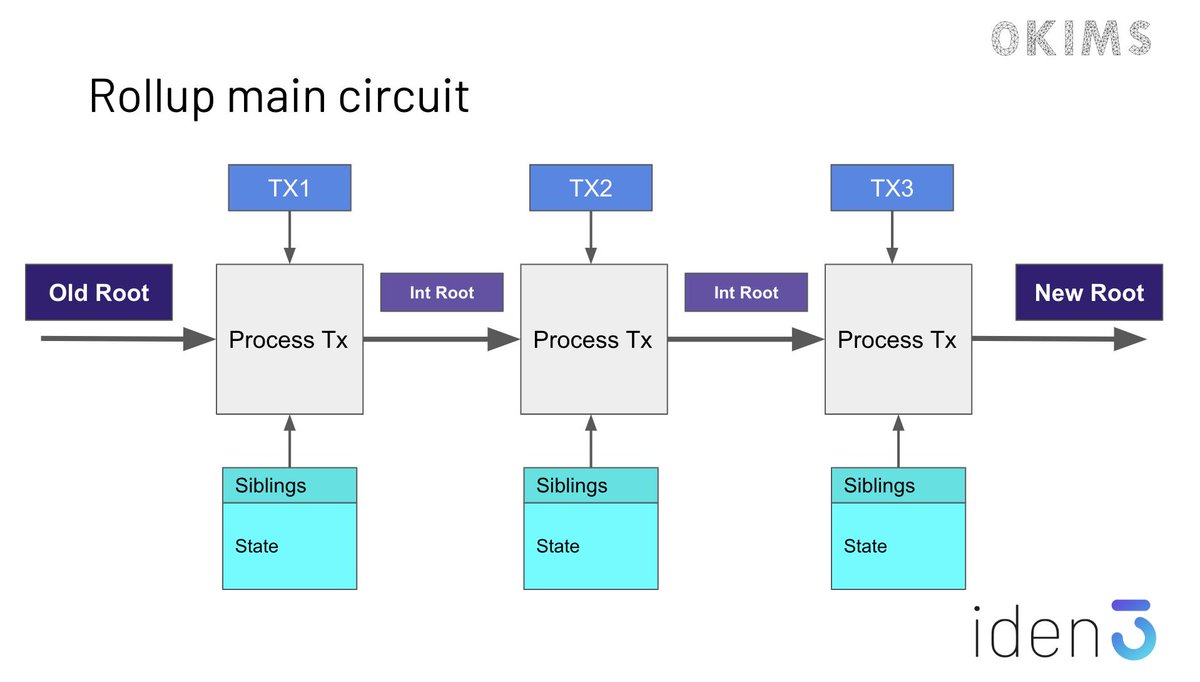 30 people are talking about this

One word (or acronym) – DAOs

As with Berlin Blockchain Week, two unescaping themes at Devcon5 were DeFi and DAOs. Every event seems to bring with it more and more DAOs constitutionally designed for funding collectively organised projects. We are big proponents of DAO technology as an advanced method to allocate and organise resources by harnessing the wisdom of the crowd and doing away cumbersome and vulnerable centralised  systems. Our fast approaching NecDAO is a testament to this.

We are thrilled to see the momentum taking off, with the team behind Kickback using the newly launched Orochi DAO to collectively organise a number of events throughout Devcon. Sponsorship money set aside to fund events were funnelled into Orochi DAO with members then collectively deciding upon ideas. We were speaking with Makoto in Berlin, August where he first shared the idea of creating a DAO for events after our popular Governance Games conference. Nice to see it come together!

Next big theme alongside DAO is, of course, DeFi. DeFi is on a growth trajectory, with a current $525m and growing locked up in smart-contracts. Ethereum is unarguably the largest and most diverse platform for DeFi initiatives. So to cherrypick perhaps the biggest news in DeFi to emerge from DevCon5, it would be the announcement of Multi-collateral DAI - coming on November 16.

To anyone unawares, DAI is the only decentralised stablecoin to date. This is interesting because, that being said, its market cap is still relatively very low compared to some of its counterparts, constituting around 5% of the market cap of stablecoins. As such, transacting with other more liquid coins is ultimately more attractive for the end-user creating a challenge. Due to the way DAI is created, its growth is limited by the market cap of the asset that is used as its collateral - ie the market cap of DAI can’t be close to that of ETH because the system would become unstable. Hence seeing the introduction of other assets as collateral will help solve this problem and potentially produce growth in the amount of DAI, making it more liquid and more competitive to adopt. That's a just a quick snap take but read the full breakdown from the horses mouth here.

Over the last few weeks, we have broken new ground and announced an array of important milestones for DeversiFi and the wider DEX landscape. We are excited to bring to market the first Stark powered decentralised exchange in early Jan 2020 as well as a number of exciting and incentivising features for our traders. Make sure to stay tuned for more!

Typhoon Hagibis, a storm carrying heavy winds, is currently located south of Japan. Current storm projections forecast a northeasterly track that avoids Osaka and heads eastward, but we recommend that all attendees track the storm, and take safety precautions as needed. 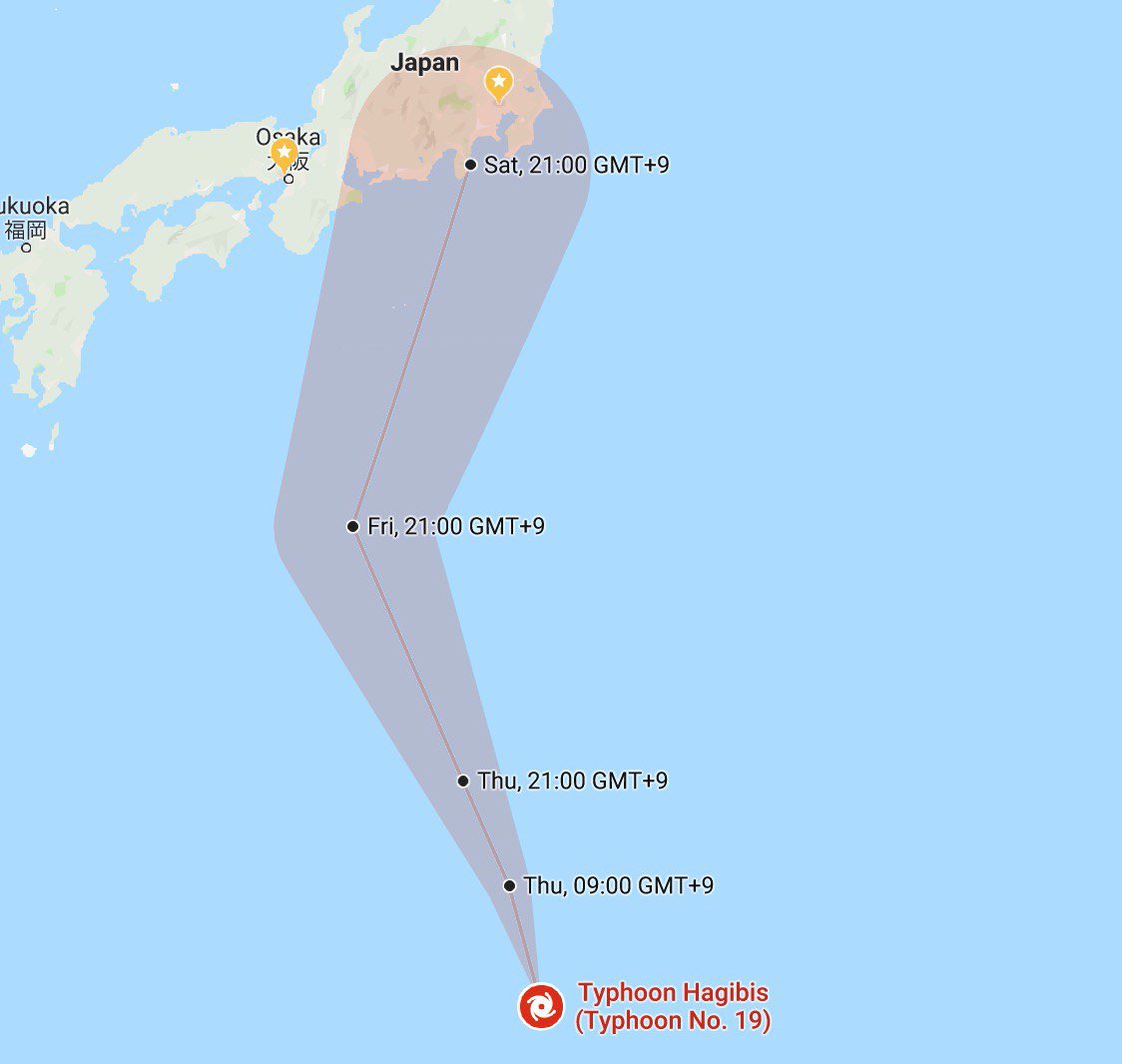 26 people are talking about this

DeversiFi is the only high-speed decentralised exchange where traders can execute orders of any size directly from the security of their private wallet.

DeversiFi the only high-speed decentralised exchange where traders can execute orders of any size directly from the security of their private wallet.