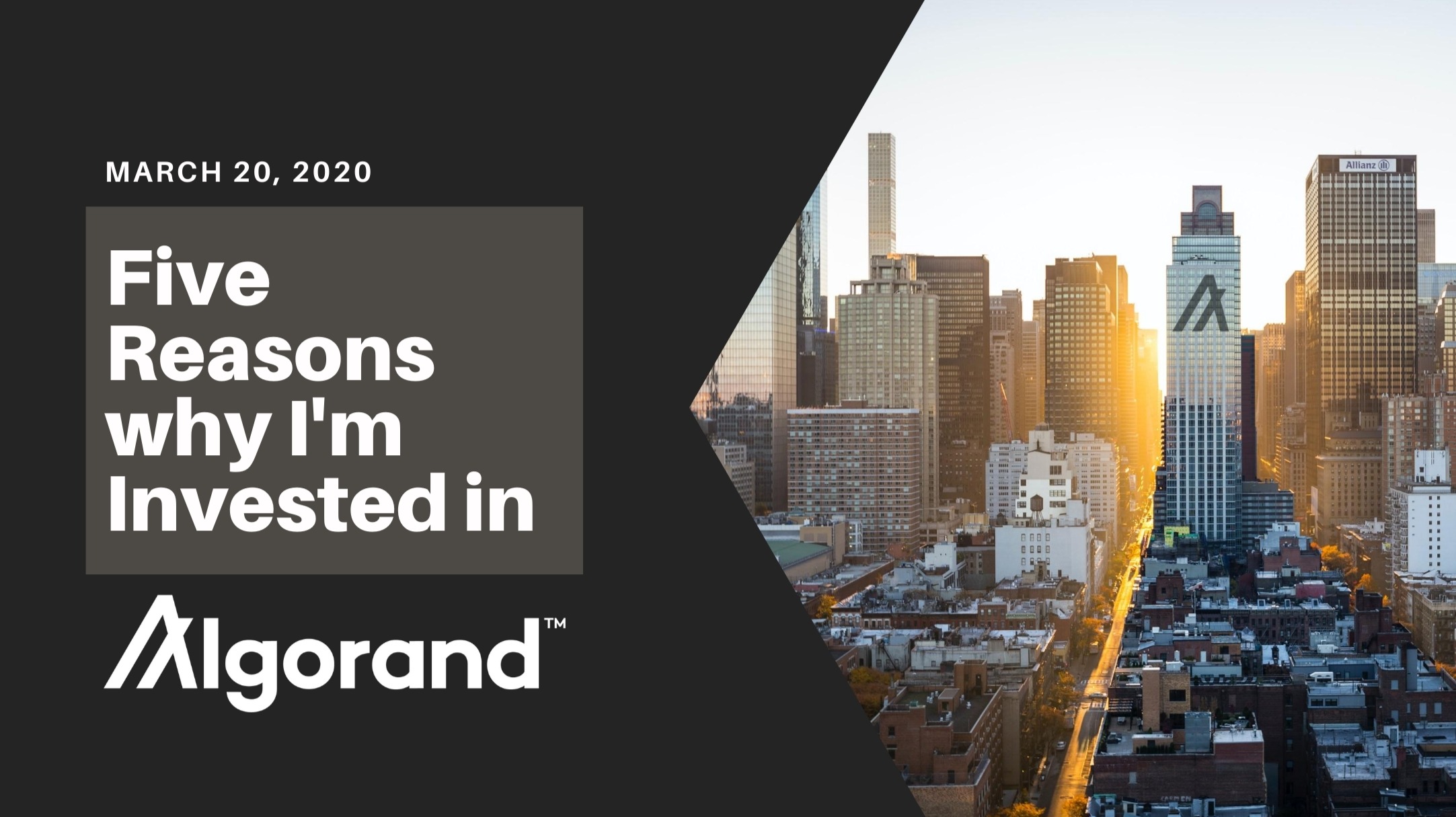 If Algorand’s meteoritical ascend is not enough, then five things will convince you to stay invested in the blockchain project.

A project is as good as its team and Algorand’s success reflects that.

Silvio Micali, Founder - The celebrated Turing Award (2012) and Gödel Prize-winning (1993) cryptographer has been a professor and researcher (Artificial Intelligence) at MIT’s Electrical Engineering and Computer Science department since 1983.

Steve Kokinos, CEO - A serial entrepreneur, Steve first co-founded the web-hosting and application service provider firm Web Yes Inc. that worked with companies like Netscape, Sun Microsystems, and Lycos. Then he went on to co-found the leading data center automation firm BladeLogic working with Fortune 500 firms like Microsoft, GE, Walmart, Sprint, etc. As the co-founder and Executive Chairmen of Fuze, Steve transformed it into a leading firm collaborating with 1500+ enterprises.

Joseph Naggar -  Economic Advisor. Joseph is a Partner at GoldenTree Asset Management. He was Managing Director at Morgan Stanley and worked at Merrill Lynch and Swiss Re Financial Products. He’s also in the advisory board of the MIT Center for Finance and Policy.

Darius Sit - The trading structure and strategy advisor. He is the co-founder and Managing Partner at QCP Capital, Asia's largest crypto-asset trading company. A successful macro-trader, he has developed asset allocation models for sovereign wealth funds and predictive models for Asian currencies.

Christian Catalini - One of the principal investigators of the MIT Digital Currencies Research Study is featured in leading journals like Nature, Science, The New York Times, The Wall Street Journal, The Economist, Forbes, etc. Apart from blockchain and cryptocurrencies, Catalini’s research includes the economics of equity crowdfunding, startup growth, and scientific collaboration.

Robert Matza - Senior Advisor. He served as President, Partner, and member of the Executive Committee of GoldenTree for 14 years and as President and COO of Neuberger Berman, Inc.

Ethereum plans to solve its severe scalability issues by shifting from its existing Proof-of-Work protocol to Proof-of-Stake in its 2.0 version. Whereas, Algorand is developed around the advanced open-source Pure Proof-of-Stake (PPoS) algorithm offering three things -

The PPoS algorithm runs a cryptographically verifiable lottery over accounts to randomly select block producers and committee of block authenticators, irrespective of their stake size.

This ensures the participant identities stay hidden until blocks are added to the chain and bar any chance of foul play. As the network grows in size, the system security gets more robust. Negating the wealth gap, the stake-independent random selection of PPoS makes it an unbiased and much more impartial ecosystem than traditional PoS.

The mainnet is capable of delivering over 1000 TPS. Since each lottery is entirely independent of the other nodes in the network, PPoS can run multiple draws simultaneously. Since each lottery needs just one microsecond, this means Algorand is fast and can scale swiftly.

Technological superiority and a reliable team have enabled Algorand to attract partnerships from various spheres. So far, Algorand has collaborated with over 33 projects, and the list is still growing like clockwork. Here are a few essential collaborations of Algorand -

Algorand is a well-thought-out platform offering almost everything enterprise businesses would require to grow their businesses and then some more. This is clear from what Algorand 2.0 promises. Here a few of industry favorites -

Algorand has promised to keep enhancing its capabilities.

The partnership list indicates that Algorand is gaining popularity in the DeFi space. DeFi is the rising star in the blockchain space locking over $4 billion in funds. Algorand offers a critical balance between speed, scalability, security, and decentralization that is the foundation of DeFi’s growth.

Within just two years of launch, Algorand has grown in leaps and bounds. Although not entirely unexpected, very few can actually walk the talk, especially in the crypto space. Algorand is a versatile thoroughly-planned blockchain that has gained incredible traction and seems to be in no mood to slow down anytime soon.