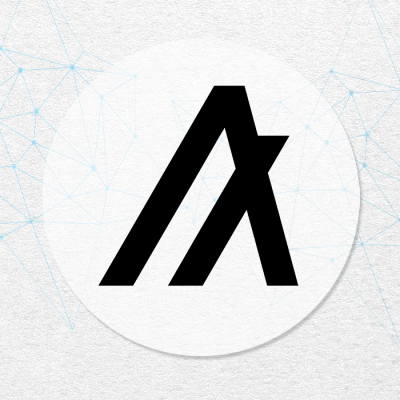 Algorand is a project that is building an upgraded version of the Proof-of-Stake (PoS) protocol . Intended to be a blockchain payments platform that is technically more sound, the project was founded in 2017 by Silvio Micali, an MIT professor and cryptographer. The token’s crowdsale in 2019 raised $60 million, selling out in 4 hours.

Boldly calling itself “the future Proof of Stake Blockchain”, Algorand is working on solving three problems plaguing the cryptocurrency market: decentralization, scale and security. The aforementioned PoS protocol is at the heart of the team’s approach, which the team says finalizes blocks in seconds and offers transaction performance on the same level as large scale payment networks.

On the technological front, the main features of the Algorand platform are its cryptographic sortition, its network level security features and all of the benefits that come from its transaction. The cryptographic sortition chooses a different set of users for every round of block selection and to protect the network. Users are randomly selected for participation in the consensus protocol. Furthermore, when a block is proposed, and the block is certified if a majority users decide in favor of the proposal.

The team also says that “an adversary is never able to convince two honest users to accept two different blocks for the same round.”

Algorand’s consensus algorithm is still being developed and improved, and the team has several other features lined up for 2019 and going into 2020. Algorand’s Vault is a blockchain compression technology that lets users join the network without downloading a large amount of data. Another interesting feature is Pixel, a digital signature scheme that reduces space requirements for PoS systems. Atomic swaps and self-validating transactions are also on the agenda.

Rotem Hemo, Director of Product Management and a member of the founding team at Algorand, in a September 7, 2022 blog described Algorand State Proofs as follows: State Proofs are lightweight, cryptographically provable, portable proofs of Algorand s...

As we advance through this era of web3, it's necessary that we find proper and safe ways to transfer value through the net. That is, of course, the essential point of web3; the transfer of true value online, whatever that be denom...

This week we remember for another meeting on the Fed rate and its rise by 0.75 to 3.25%. At the time of the news release, there was a strong volatility in the instruments on the market, but as a result, the prices for the main instruments remain in t...

FIFA just minted some special edition World Cup moments you can collect as NFTs. The site is integrated with Algorand's Pera Wallet if you prefer to pay in USD-A. https://collect.fifa.com/drops/genesis-drop Thank you for reading my post, if you enjo...

Algofi: The Bank of Algorand

*THIS IS NOT FINANCIAL ADVICE! DO YOUR OWN RESEARCH!!!* Algofi is different from other crypto lending platforms. "Why is it different?" You might ask. Well that is because Algofi is on Algorand. Like other lending platforms, Algofi has a swap featur...

FIFA is launching an NFT project, powered by Algorand

FANS of FOOTBALL and NFTs REJOICE!   FIFA, the international governing body of football, has announced a new NFT project, that is quite similar to NBA Top Shot. The project will be called ''FIFA+Collect'' and will comprise a marketplace of tokenized...

Algorand has an edge and soon we will see it!

In this week's news, two are of extreme importance: The further centralization of Binance and the increased transaction speed of Algorand!Happy reading! https://cointelegraph.com/news/ethereum-ready-for-the-merge-as-last-shadow-fork-completes-succe...

The application lets people trade on the outcomes of events, and follow the odds to garner accurate insights about the future. Users buy or sell Voting Shares, which can be redeemed for 1 unit of the stable asset if the outcome is resolved as correct...