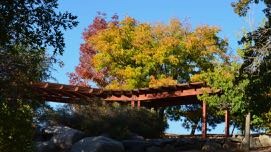 God himself will be with them; 4he will wipe every tear from their eyes. Death will be no more; - Daily Bible Reading: Tuesday, November 2, 2021

​17But as the time drew near for the fulfillment of the promise that God had made to Abraham, our people in Egypt increased and multiplied 18until another king who had not known Joseph ruled over Egypt. 19He dealt craftily with our race and forced our ancestors to abandon their infants so that they would die. 20At this time Moses was born, and he was beautiful before God. For three months he was brought up in his father's house; 21and when he was abandoned, Pharaoh's daughter adopted him and brought him up as her own son. 22So Moses was instructed in all the wisdom of the Egyptians and was powerful in his words and deeds.
23When he was forty years old, it came into his heart to visit his relatives, the Israelites. 24When he saw one of them being wronged, he defended the oppressed man and avenged him by striking down the Egyptian. 25He supposed that his kinsfolk would understand that God through him was rescuing them, but they did not understand. 26The next day he came to some of them as they were quarreling and tried to reconcile them, saying, 'Men, you are brothers; why do you wrong each other?' 27But the man who was wronging his neighbor pushed Moses aside, saying, 'Who made you a ruler and a judge over us? 28Do you want to kill me as you killed the Egyptian yesterday?' 29When he heard this, Moses fled and became a resident alien in the land of Midian. There he became the father of two sons.

1Then I saw a new heaven and a new earth; for the first heaven and the first earth had passed away, and the sea was no more. 2And I saw the holy city, the new Jerusalem, coming down out of heaven from God, prepared as a bride adorned for her husband. 3And I heard a loud voice from the throne saying,
"See, the home of God is among mortals.
He will dwell with them;
they will be his peoples,
and God himself will be with them;
4he will wipe every tear from their eyes.
Death will be no more;
mourning and crying and pain will be no more,
for the first things have passed away."

5And the one who was seated on the throne said, "See, I am making all things new." Also he said, "Write this, for these words are trustworthy and true." 6Then he said to me, "It is done! I am the Alpha and the Omega, the beginning and the end. To the thirsty I will give water as a gift from the spring of the water of life. 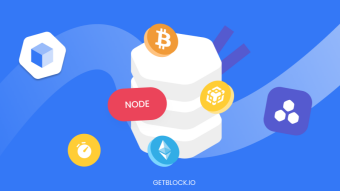 Drife is the blockchain alternative for Ola and Uber