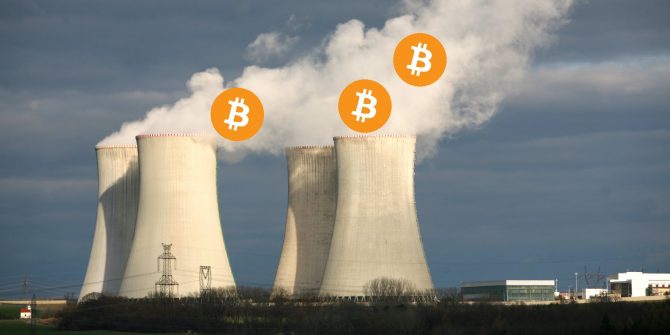 The concern around the global impact of mining bitcoin and other cryptocurrencies has received a lot of press of late, China is even threatening to ban the mining of Bitcoin if the latest press is to be believed. Indeed, it is believed that the mining of Bitcoin alone uses 1% of the total power consumption globally. Electricity is 90 percent of the cost to mine bitcoin. As such, bitcoin mining uses an exorbitant amount of power: an estimated 30-terawatt hours in 2017 alone. That's as much electricity as it takes to power the entire nation of Ireland in one year. However, as long as crypto mining remains profitable “miners gonna mine” but as with any issue of this kind the solution is, in my opinion, multi-faceted. The onus is on the individual, companies and governments to do more.

Governments should be doing more to reduce the power generation through fossil fuels and nuclear fuels and invest and support through tax relief and grant schemes the production of wind farms, solar energy panelling and hydroelectric power, as well as additional 'green' power as it becomes available. Although much has been done to improve this situation - In 2015, Scotland generated 59% of its electricity consumption through renewable sources, exceeding the country's goal of 50% renewable energy by 2015. This, however, is one small country and until the superpowers start to Impress upon themselves similar standards the planet will remain woefully at risk. There are so many ways a dedicated, environmentally conscious government can do more. and this is where the change should start - from the top down.

Companies can also do much more, reduction of waste and production of energy from waste, investing in greener technology and indeed, companies like Azultec who have created a mining rig ominously codenamed ‘the Cube’ The azultec Cube can be connected to photovoltaic systems or fuel cells to reduce energy costs and can recuperate up to 72% of the generated heat, Which can then be recycled in the home and used to power items in the household such as the water boiler. Coming up with ingenious ways to lessen the use of drawn energy or to reuse the energy when possible will be a key factor in helping to reduce cryptocurrency mining’s carbon footprint but companies should be incentive driven to make these changes by local and national authorities. It is admirable that some companies are setting the standard in this way. One product on the market is simply not enough to curb the ever-increasing demand created by mining.

Lastly, the individual should take more care to be conscious of his environmental impact through energy usage. Electricity meters, being considerate about turning off electrical items when not in use. In many countries the options for the consumer to source their energy from a 100% renewable source are relatively scarce but entirely possible if countries remain committed. Indeed this drive could provide a green economy boost – ‘The transformation to a 100% renewable energy system in all end-uses would generate millions of new jobs, bring significant welfare gains in the form of health benefits from cleaner air and water, as well as increase energy independence and economic growth as shown in various studies’ (IRENA, 2018a; Energy Watch Group and Lappeenranta University of Technology, forthcoming; University of Technology Sydney, forthcoming)

The road to a cleaner greener society is not one that can take a single strategy, it must be diverse, each sector of society must be involved in caring for the planet we share. Ultimately, in a time when there is so much trouble in the world, surely that is one thing we can all proudly claim to have in common - our home.

There needs to be a revolution in the way we source and use our power needs, and not just for those of us who mine bitcoin or other cryptocurrencies. Like most revolutions this won’t start with millions of people but with a few, bright sparks willing to lead the way, even when the way is a road less travelled.