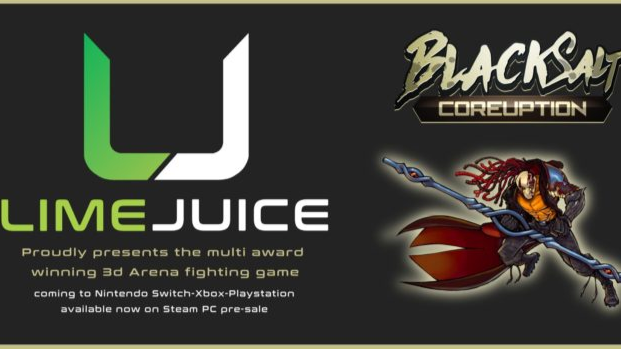 Lime Juice and Intergalactic Gaming (IGG) has officially partnered up in order to promote the IG Galaxy. LimeJuice partnered as well with some IG partnered Esports teams in order to sponsor tournaments and encourage token purchases. By organizing tournaments and sponsoring various players LimeJuice aims to attract influencers and content creators, to the BlackSalt Coreuption game.

Proton Gaming will be the Official Esports Team of the BlackSalt Coreuption Franchise. Mazer Gaming will be also be involved with exhibitions and tournaments as well as, agreed to demo the game and sponsor various players to enter.

eGamers.io reached to Scott Lilliston, Co-Founder of LimeJuice and asked whether we are going to see the game on the blockchain. Scott replied:

“The current game is close to completion but the game creators are very knowledgeable about blockchain. I wouldn’t rule out anything down the road for this franchise!“