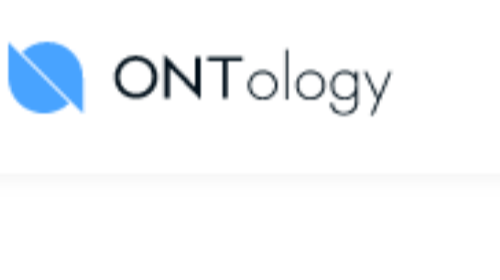 To view how the transaction takes place at OntologyGas blockchain explorer, simply follow the link below;

Ontology coin was created by Li jun Tommy who is a Shanghai based  blockchain technologist with the main objective of becoming a native coin for its Ontology blockchain network thus allowing different Dapps being build thus allowing Dapps creators to also use the coin to run their Dapps on the network thus in return the receive reward in form of Ontology Gas coin. Li Jun also created the Ontology coin so that it can be used by different Dapps to create and issue their tokens on the Ontology blockchain.

Unlike cryptocurrencies like bitcoin and Ethereum which are released through the mining process using power supply and internet using the proof-of-work consensus, for Ontology coin, that is not the case.  Instead, Ontology coin was created to become proof of stake coin. During its launch part of the 1,000,000,000 ontology coins were distributed to several ontology community members as well as partners and cofounders while unknown  remaining amount will be distributed later to its community member. Unlike in other crypto staking, where the same coin is being rewarded to users for using them to secure the network, for Ontology, that is not the case. There are two coins in ontology ecosystem, the Ontology coin and the ontology Gas coin. Ontology coin is the native coin of ontology network and is the one that is used to secure the ontology network while Ontology Gas coin is the utility coin for ontology network thus is used to pay for service offered by Ontology network. Therefore, Users can stake their ontology coin as solo staker or they can decide to lock them in a node thus they will be used to secure the ontology network as well as to validate transactions taking place at the Ontology blockchain network thus in return they receive reward in form of ontology Gas coin being generated or the one being used to pay for transaction cost . The more your staking the the reward you will receive. To become a staker, you need to have atleast 500 Ontology coin in your staking wallet while to become a node you need to have a 24 hour internet connection as well as a minimum of 200,000 ontology coins. Here is how the Ontology staking process looks like;

If you want to become a consensus staker or want to participate as a node to secure the network using your staked ontology coin thus in return you receive reward in form of ontology Gas, then you can join them from below; https://onto.app/

According to Ontology white paper, the maximum amount of Ontology coin that should be circulating in its Ontology blockchain network is capped at 1,000,000,000 coins. Out of this amount, 65.5% will be unlocked while 34.5% is the one which can be unlocked in order to take part in securing the network thus in return they receive reward in form of Ontology Gas coin(ONG).  During its launch, 120,000,000 coins were set aside to be issued to the community members in form of airdrop over a given period of time for performiing specific task while another 280,000,000 coins were set aside for partnership with other projects.Another 100,000,000 million coins was set aside to be issued to council members of the NEO project while another 250,000,000 for the Ontology ecosystem development .Another 100,000,000 coin was set aside for Ontology technical community reward while the remaining 150,000,000 coins was set aside for the Ontology core team members. Here is how the  Ontology Supply distribution looks like;

Currently, 1 ontology coin is worth more than $0.6 and its price is expected to increase over the next period of time. Ontology coin is being abbreviated as ONT.

Converting my Ontology  coin to other cryptocurrencies

Transferring my  Ontology coin to other Users

If you feel that you need to learn more about Ontology coin, then you can follow them on their site. Here is the link redirecting you to Ontology coin platform website

Now that you know, I think that it is time for you to start earning some Ontology gas coin by simply staking Ontology coin to a verified node thus in return you receive reward. The more your staking the more reward you receive. If you feel that i should also own some Ontology  coin for helping you know about it then here is our ontology  coin address;