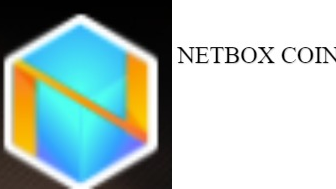 Netbox coin: A proof of stake coin rewarding users for browsing on their netbox browser platform

Netbox coin is a native cryptocurrency created on Netbox blockchain network platform whose transaction takes place from one peer to another without involvement by the government thus is being considered to be a decentralized asset. Netbox coin is a proof of stake coin thus most of it will be released through staking. Netbox coin was created to become a native coin of the Netbox browser thus making the netbox browser a decentralized browsing platform. As a decentralized browser coin, Netbox coin was created to disrupt the centralized browsing platforms like Mozilla, chrome, safari and many more. As a disrupter in the browsing sector, Netbox coin Links two participant in its network, that is The masternodes and the ordinary nodes. The masternode will be responsible for ensuring that their network is online throughout thus more income to its owners who will have staked their coins to them. On the other hand, the ordinary nodes will be considered to be the daily netbox browser users who will be responsible for staking their coins to different masternodes to validate transactions taking place on the netbox blockchain thus in return they receive a reward from the new blocks added as well as the income in form of fees charged. The income will be in two forms, that is The activity income and the staking income. As a netbox user, the more your activity the more the reward that you can receive while as a staker, the more your staking the more income you will receive.

To view how the transaction takes place at Netbox blockchain explorer, simply follow the link below;

Netbox project was started in 2012 but the Netbox coin was launched in 2019 with the main objective of disrupting the centralized browsing platform. By disrupting the centralized browsing platform, Netbox platform allows browsers to run the platform by staking their coins to secure the netbox platform thus in return they are being rewarded with netbox coin when a new block enters the network.

Netbox coin was created by a group of like-minded developers with the main objective of disrupting centralized browsing platforms like chrome, Mozilla, safari and many more. Some of the team members behind this coin include; Andrew Kononykhin( A Moscow based computer programmer and current product director), Nikolay Kondratov(Technical director), Eugene Lamekhov(Marketing director) and Sergey Kononykhin( Operation director).These developers wanted to make sure that Netbox coin becomes the native coin for Netbox browsers such that its network is being run by community members thus in return they receive a reward.

Unlike cryptocurrencies like bitcoin and Ethereum which are released through the mining process using power supply and internet, for Netbox coin, that is not the case . Instead,Netbox coin was created to become a proof-of-stake coin. As proof of stake coin, Netbox coin is being released to its blockchain through the staking process. During its launch,72,000,000 coins were pre-mined. The remaining 28,000,000 coins will be released to netbox blockchain as a proof of stake.The two key participants in the netbox remaining coin releasing will be the ordinary node and the masternode. The ordinary node will be considered as a daily netbox browser user where they can lease their coin to the masternode to secure the network thus in return they will be able to receive their income in form of netbox coin for their daily activity as well as from the income of the new coin added to the blockchain. As an ordinary node, the more your daily activity the more your earnings. Also, the more your staking the more netbox coin you will earn.Here is how the staking process looks like;

If you want to start securing the netbox network as a masternode or an ordinary node, then you can join them from below

The maximum amount of Netbox coin that is expected to be circulating in its blockchain should be 100,000,000 coins. Out of this amount, 72 million coins were pre-mined. From this 72 million coins, 66 million were distributed to team members while another 6 million will be airdrop to early browsers as well as affiliate marketers and opinion leaders as follows; The first 125,000 browser users will receive 20 NBX each totalling to 2,500,000 coins while another 2,500,000 to affiliate marketers. Another 1,000,000 coins will be airdrop to opinion leaders. The remaining 28 million coins will be rewarded through browsing when browser users and masternode are staking their coins while using the browser to secure the network. Here is how the Netbox coin distribution looks like;

Currently, 1 Netbox coins is worth more than $0.02and its price is expected to increase over the next period of time.  Netbox coin is being abbreviated as NBX.

Converting my Netbox coin to other cryptocurrencies

To store your Netbox coin, you need a  Netbox coin wallet. You can either store online or offline. Currently, you can store your coins on the exchanges where it is being listed though this is not advisable. You can also download the Netbox wallet. We will let you know when their online wallet is out.

Transferring my  Netbox coin to other Users

If you feel that you need to learn more about Netbox cryptocurrency, then you can follow them on their site. Here is the link redirecting you to Netbox platform website

Now that you know, I think that it is time for you to start earning some Netbox cryptocurrency simply by browsing on their platform. The more you browse, the more your earning. If you feel that I should also own some Netbox coin for helping you to know about it then here is my Netbox  address;