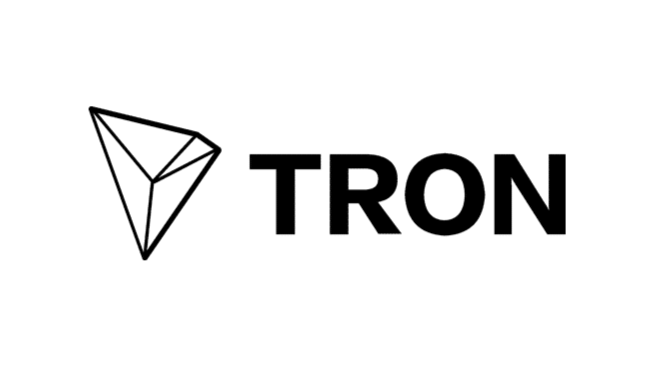 What Is Tron? [A Comprehensive Guide to Understanding Tron]

Tron is a decentralized apps (dApps) platform that tries to ‘decentralize’ the web by utilizing its blockchain technology. Unlike Ethereum and some other older blockchain systems, Tron is proven to be much more efficient because Tron network uses DPoS (delegated proof of stake) as its consensus mechanism. According to the Tron official website, the Tron network can consistently handle 2000 transactions per second. This article explores the history of Tron, the purpose of the Tron blockchain, and all the interesting things about this cryptocurrency. 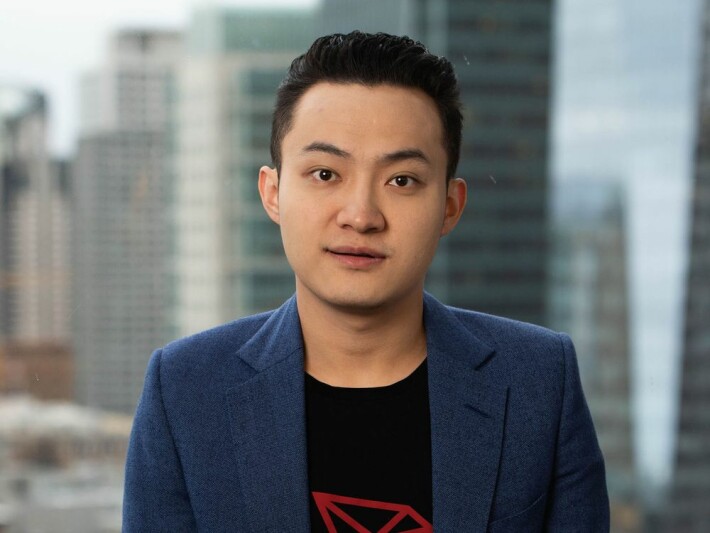 The Tron project began as an initial coin offering (ICO). The ICO ended on September 2nd, 2017. At the time, the ICO of Tron successfully gathered $70 million from the crypto investors. In the very beginning, Tron marketed itself as a global and free entertainment content platform that let content creators cut the middle-men and interact directly with the content consumers in a decentralized web environment. The idea is that nowadays, all the ‘tech giants’ control internet data and user traffic in a very centralized manner. Tron wanted to ‘liberate’ the internet and give back the control to the content creators. The Tron foundation itself was founded by the CEO Justin Sun on September 2017.

However, along with time, the project has shifted its goal to a broader perspective. Nowadays Tron considers itself as another dApp platform that tries to compete directly with Ethereum, EOS, and other dApps platforms.

There have been some controversies surrounding Tron’s journey in the past 2 years. One of the biggest controversies was about the whitepaper plagiarism accusation that (at the time) used open-source code from both IPFS and Filecoin whitepapers. The CEO Justin Sun then replied and claimed that the plagiarism was done by volunteers who did the translation for the whitepaper. We will get more into this (and other controversies) later in the article. 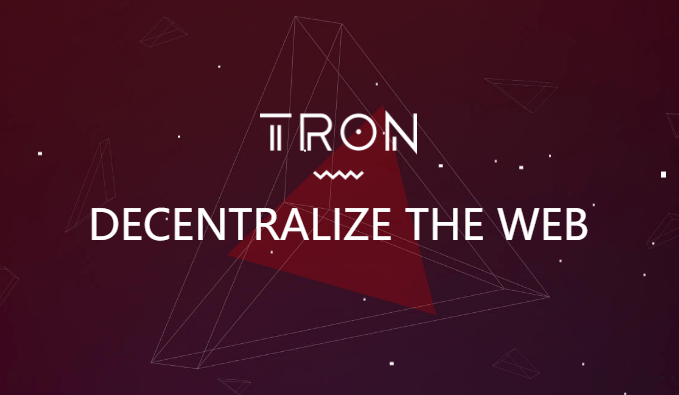 As we have mentioned earlier, the original goal of Tron was to eliminate the middle-men and put both content creators and users on the blockchain. ‘Decentralizing the internet’ was the primary purpose of the Tron network. By eliminating the expensive centralized structure, the hope is that everything can become more efficient and the content creators can easily ‘control’ what they want to sell to the users. However, Tron has been evolving and expanding its goals since its mainnet launch. Many people nowadays see Tron as more scalable and faster Ethereum. They believe Tron is an all-in-one dApp solution on the blockchain. It should not just stop on entertainment and file-sharing industry.

At the present time, Tron blockchain is seen as one of the top 3 dApp platforms alongside Ethereum and EOS. According to the stats at dappradar.com, Tron has decent active users. Two of Tron dApps (Wink and RocketGame) compete against the busiest dApps from other blockchain platforms in the top 10 global rankings.

Just like many newer blockchain platforms released in 2018, Tron utilizes Delegated Proof of Stake (DPoS) for its consensus algorithm. Different from standard Proof of Stake where you will need a lot of verifiers for each transaction, with DPoS you can easily ‘delegate’ the tasks to a certain amount of representatives. EOS introduced the DPoS system with 21 block producers. Tron’s version of DPoS involves 27 super representatives (SR) instead of 21. With this mechanism, the whole process in the blockchain becomes much more efficient. Everything in the Tron blockchain only needs to get pass through the 27 representatives compared to thousands of different nodes all over the world.

Tron claims it can achieve 2000 TPS (transactions per second) consistently and the theoretical limit is up to 10000 TPS. If we compare Tron to Ethereum and other older dApp platforms, Tron is significantly faster. At the present time, there are also 1337 online nodes supporting the blockchain.

It seems Tron won’t find a hard time to ‘scale’ and attract new dApp developers in the future. Tron smart contract uses Solidity, the same programming language that is used in Ethereum.

Unfortunately, Tron is one of the most controversial cryptocurrency projects out there. There are many controversies and accusations about the Tron project, even since the very first day the Tron foundation was created. The first big controversy about Tron happened when some crypto enthusiasts accused Tron CEO Justin Sun of plagiarism. Many people pointed out that Tron whitepaper plagiarized at least 9 pages from IPFS and Filecoin whitepapers.

When the story blew up in the media, Tron CEO Justin Sun claimed it was the fault of volunteer translators. He accused the volunteers (who were responsible in creating the Tron whitepaper) plagiarized the whitepapers of IPFS and Filecoin. Until today, the whitepaper plagiarism accusation has never really gone away. Many Tron sceptics keep bringing up this topic every time they criticize Tron or its CEO.

Apart from the whitepaper accusation, Tron project was also accused of copying Ethereum Virtual Machine and EthereumJ. As mentioned by DigitalAssetResearch, Tron project was accused of copying EthereumJ (one of the first Ethereum libraries) for its Java-Tron client. Not only that, but Tron Virtual Machine (TVM) was also accused as a direct copy to Ethereum Virtual Machine (EVM). When the story made it to the front page of subreddit r/cryptocurrency, many crypto enthusiasts and traders actually side with the accusation. It seems Tron has more haters than supporters.

The controversies didn’t stop there. In June 2018, Justin Sun finalized the deal to buy BitTorrent for $140 million. The deal was hailed by Tron supporters as another ‘proof’ that blockchain will become mainstream sooner or later. However, on July 25, 2019, BitTorrent founder Bram Cohen accused Justin Sun of not letting go the last payment for BitTorrent acquisition from the escrow. Before this accusation, BitTorrent itself issued its native token BTT (BitTorrent Token) through an initial exchange offering (IEO) that was launched on Binance launchpad. 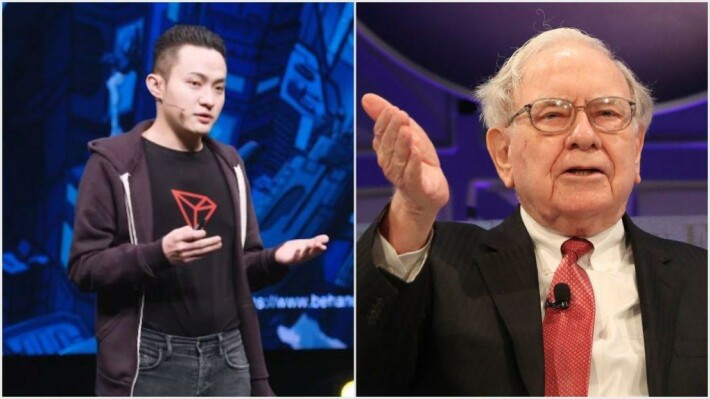 Many Tron sceptics believe Justin’s health problems were not the main reason for the cancellation. They believed Justin Sun had a problem with the Chinese government and this problem forced Justin to cancel his lunch date with Warren Buffet. Some other sceptics accused Justin Sun of a publicity stunt and the only reason why he cancelled his lunch with Warren Buffet was for another publicity stunt. 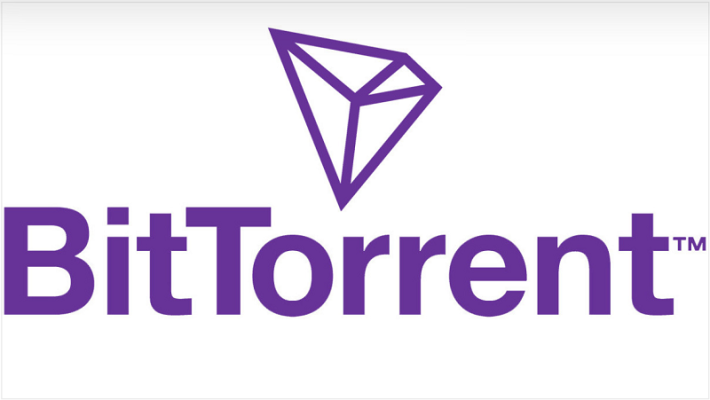 Despite all the above controversies, actually, Tron foundation has done a good job in promoting the project to its partners. One of the most hyped partnerships was oBike. oBike is a Singapore-based bicycle-sharing startup, and it has a massive amount of users. oBike decided to launch its own crypto token oCoin on top of Tron blockchain.

Beside oBike, Tron foundation is also partnering with Zag-S&W (Zysman, Aharoni, Gayer and Sullivan & Worcester LLP). Zag-S&W is one of the most popular international law firms, and it’s part of the Legal 500. By partnering with Zag-S&W, the Tron foundation is hoping that the Tron project will be able to comply with all the regulations across different countries. Especially during the time when regulators are pretty tough against cryptocurrency projects.

Of course, the biggest partnership ever made by Tron foundation so far is the story of BitTorrent’s acquisition. Tron CEO Justin Sun decided to buy BitTorrent for $140 million last year. At the beginning of this year, BitTorrent launched its own native token BitTorrent token (BTT). The token was launched in a TRC10 format on top of Tron blockchain.

Tron has some big competitors in the crypto space. The most notable is the Ethereum project. It’s normal to see Ethereum as Tron’s natural rival considering Tron wants to position itself at the centre of dApps. Another notable Tron’s competitor is EOS. Just like Ethereum, EOS often positions itself as the all-in-one dApp platform. Besides these two, other competitors include IOST, NEO, and other public blockchain projects that have smart contract capabilities.

TRX In The Crypto Market 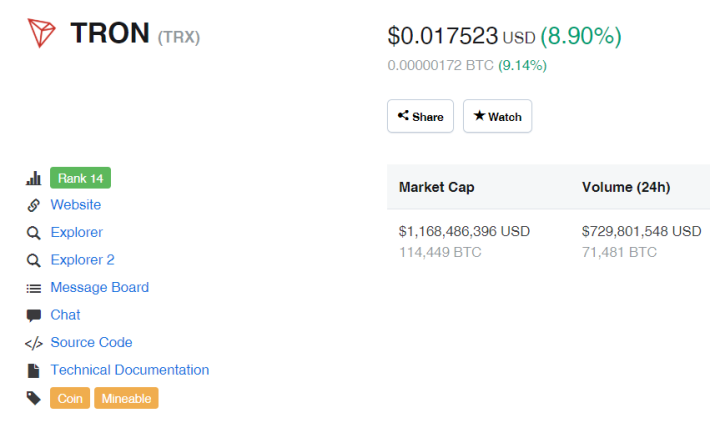 Tron blockchain’s native cryptocurrency, TRX, has been one of the top performers in the crypto market. At the time of this post writing (September 13th, 2019), TRX is ranked 14th by market capitalization on CoinMarketCap. The market cap is around $1 billion. While TRX looks like it has a strong position in the crypto market, but TRX used to be part of the top 10 crypto rankings. It looks like tough competition makes it hard for TRX to regain its position in the top crypto rankings.

TRX itself is available on multiple crypto exchanges such as Binance, OKEx, BW.com, Huobi, CoinBene, and others. Despite its availability on crypto-to-crypto exchanges, it’s not very easy to get TRX directly if you use fiat currencies. There are some crypto exchanges that offer direct TRX/USD pairing, but their liquidity might scare you away.

TRX is one of the most promising cryptocurrencies in the present days. However, TRX is also one of the most controversial projects out there. The blockchain itself is fast and scalable and has low transaction fees. Many experts believe Tron is not going anywhere and will still be relevant when cryptocurrency industry matures.