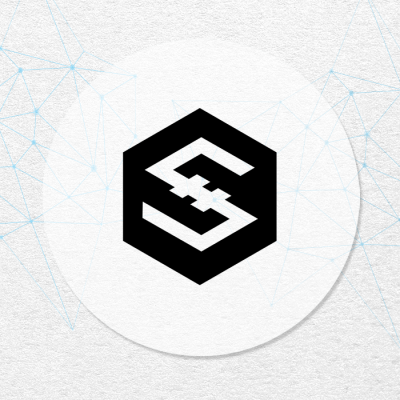 IOST (IOST) is a blockchain platform that is building a network with high throughput with the intention of being “the underlying architecture for the future of online services.” Founded in 2017 by Justin Li, Terrence Wang, Jimmy Zhong, Sa Wang, Kelvin Tan, and Ray Xiao, the project’s name is short for “Internet of Services Token”.

IOST’s focus is more on the enterprise level than it is on retail, with the team explicitly mentioning that it is focusing on services, bringing them together on one blockchain platform that can scale to the level required for global usage.

The IOST network utilizes a distinct consensus mechanism called Proof-of-Believability (PoB), which the team says lends itself to scalability and security. With horizontal scaling and high transaction throughput in mind, the team uses sharding, along with its consensus mechanism, to achieve what they say is 100,000 transactions per second.

IOST launched version 1 of its mainnet, Olympus, in February 2019, six months before schedule. For the rest of 2019, and going into 2020, the team is focusing on creating decentralized applications and optimization through machine learning implementation. 2019 has also seen a lot of effort with IOST’s Global Partners Program, through which members can become nodes on the network. The team has an ambitious goal of on-boarding over 100 million users in 2019.

Distributed Ledger Technology (DLT) or blockchain holds immense potential that can help tackle some of the issues facing the Internet of Things (IoT) such as scalability and security. Many see blockchain as a digital information game changer for IoT...

IOST Coin Has Begun The Most Giantish Move Of 2022

VeChain (VET) VeChain (VET) launched in 2016 as a blockchain-powered supply chain platform. By using distributed governance and Internet of Things (IoT) technology, VeChain’s objective is to facilitate the creation of an ecosystem that provides solut...

Just as the title of the post suggests it indeed has been ages since I wrote anything. Due primary to working it has been a bit difficult fit much else in outside of making a trade here and there. Since the last time I posted a lot has change in how...

2 cryptos to scalp with low risk

Trading is still a very effective method to make money fast but also the most effective method to lose it if you go with a lot of confidence. It doesn't behave like a casino but it almost is. No matter how much analysis you do, you cannot know what t...

New to Publish0x? Register here (affiliate link) and start earning crypto everytime you read or write an article.​ What is IOST Despite the recent hype in the cryptocurrency market, the underlying blockchain technology is still at an early stage and...

Welcome back. Once more today we come back to IOST. After some cooperation with the team, we were told the funds were exhausted for our cause and hence they can't incentivize our efforts anymore. Since the incentive is gone, today's report is somewha...

As at the heart of our lives, in the world of cryptocurrencies, objects that have the ability to always create '‘hype’' and the wind they take behind them are a well-known fact. Sometimes it was called ‘'high earnings throıgh ICO sales'’, sometimes i...

I am strangely attached of IOST, as it was launched on my brithday, in 2018. I use to follow them, and at the time they got a generous faucet, so i had a notable amount at the end of 2019, which i sent to the wrong address and it was iremediably lost...

Welcome back. Today we come back again to IOST. And again, today's report is on an already fixed vulnerability allowing the attacker to critically damage whole network with just sending calls to a specially crafted contract. The proof of knowledge is...