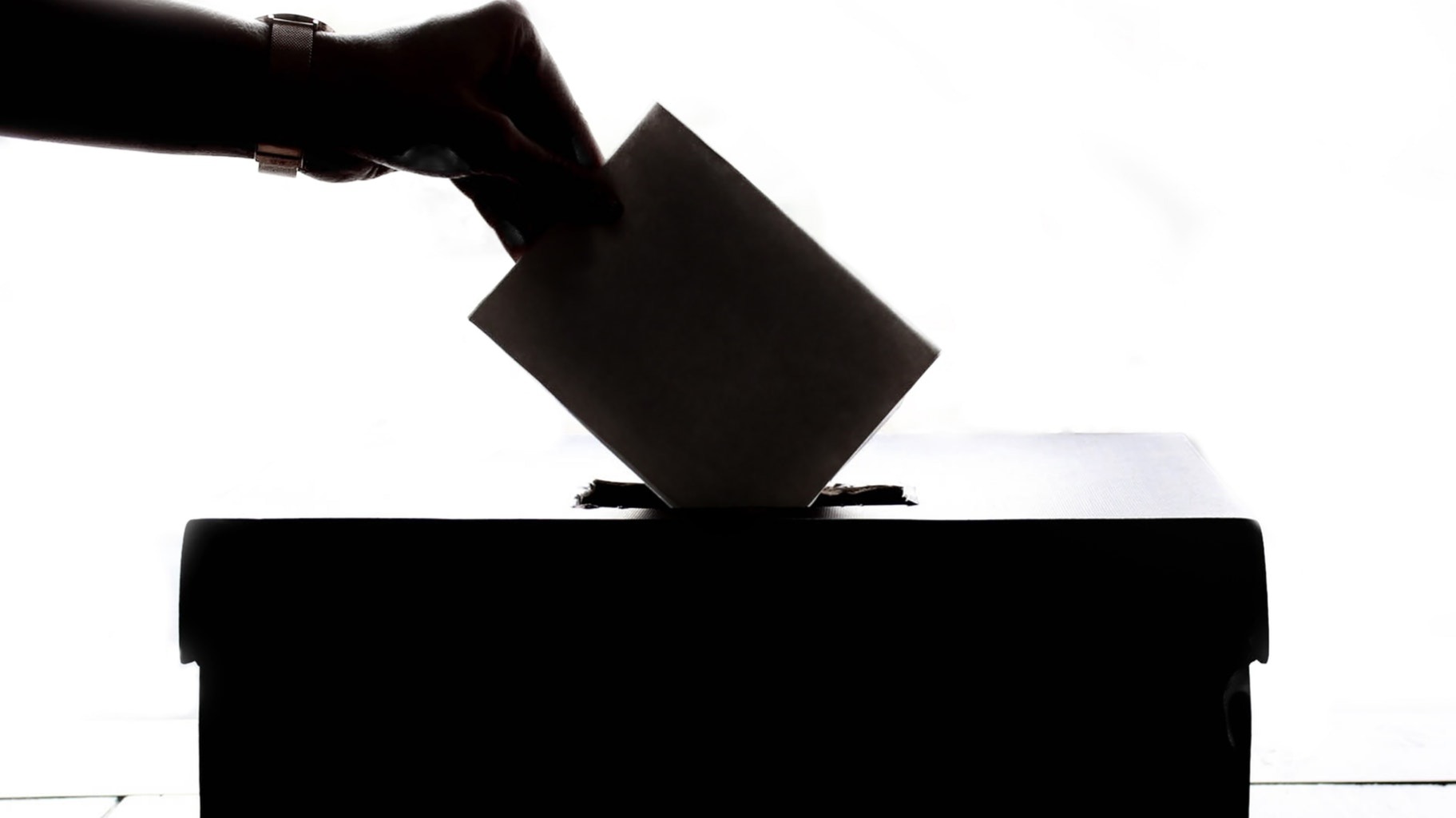 What Is Tezos (XTZ)? - [A Comprehensive Guide to Understanding XTZ]

The altcoin explosion that occurred perhaps 5 - 6 years ago has seen many networks and tokens arrive on the scene. ICOs gave teams the opportunity to raise massive amounts of funds almost instantaneously and this was both good and bad for investors, and good and bad for the market.

In the shortest of time frames, teams went from nothing to organizing global teams with their newfound funds, but the ease with which they raised their funds and the innumerable scams that occurred because of it drew the scrutiny of regulators across the world. Most investors probably experienced both the good and the bad as well - making lots of profit from tokens that surged following their ICOs and losing a lot of money from tokens that just never took after their ICOs, or worse, were scammed.

At the peak of the ICO hurricane, Tezos was born, raising a then record-breaking sum of $232 million. It promised a lot with its blockchain solution, a network that was easily upgradable and backed by solid governance mechanisms. Modular architecture, smart applications in several high-profile industries and a more open network all governed the development direction of the project.

The design principles certainly received a lot of attention and held a lot of promise for investors, but has also been troubled by some controversies surrounding its development and management. We examine the history of this project, how it intends to better previous blockchain networks and the difficulties it has had in its development and growth.

Headquartered in Switzerland, Tezos (XTZ) was founded in 2014 by Arthur and Kathleen Breitman. Although it mostly earned attention after its ICO, the team itself explicitly states that the ideas that Tezos embodies was in conception long before the ICO in 2017. The team released a “position paper” in 2014, around which time the Breitmans hired a group of developers to work on the Tezos protocol. In about a year’s time, the project’s white paper, with a functioning prototype of the network shell released a few months prior. 2015 saw the Breitmans form the company Dynamic Ledger Solutions, based in Delaware, which owns the right to the code.

In 2017, Tezos released the public alphanet, which preceded the launch of the much covered ICO. The ICO raised a record-breaking sum for the time. With no hard cap, Tezos raised $232 million - which, of course, pales in comparison to some of the ICOs that have followed, but for the time was staggering. This ICO and the fact that the XTZ token was considered a security would play a big part in the multiple class action lawsuits that Tezos has faced, which we will discuss later. Tezos seemed to possess a lot of credibility in its early stages, as, in addition to its then attractive idea of making governance more democratic, saw entrepreneurs like Tim Draper backing it.

The Tezos Foundation was formed in Zug, Switzerland - often called “crypto valley” for its blockchain friendly stance - after the ICO, which would oversee the overall direction of the project. The specific agenda of the Tezos Foundation would be to provide support to Tezos, related technologies and the Tezos community. The funds raised also go towards grants that encouraged the development of the Tezos protocol and associated technologies.

In 2018, Tezos launched the betanet, after delays, which was followed by the mainnet launch in September. The XTZ tokens and blockchain was technically live in June that year, but officially, users were handed full network control in September.

Between the launch of the alphanet and the betanet, the Tezos Foundation experienced issues with its management, which would become the source of much discussion. This too gave investors much concern, and invited some skepticism regarding the project’s future - we shall touch upon this later.

The Purpose of Tezos (XTZ)

“The self-amending cryptographic ledger” is certainly a catchy name and Tezos’ agenda of bringing better governance, stronger security and the next generation of smart contracts has caught investors’ eyes. The project itself describes Tezos as “Tezos is a blockchain that can evolve by upgrading itself.”

As described by the Tezos’ position paper, The design of the network places a large emphasis on governance i.e. the users are front and centre when it comes to the direction that the project takes. The other broad principle that guides Tezos’ growth is security.

The governance model oversees almost every aspect of the network, and stakeholders vote on several aspects. For example, developers can submit protocols for protocol upgrades, and are rewarded if there is consensus among the community. There is an initial testing period that sees a review of the protocol for potential flaws. If it passes the test, then the protocol is voted on once more and a “hot swap” occurs (essentially the upgrade). Other notable features of the governance model include stakeholders being able to delegate their voting responsibilities to others.

Letting its “own own cryptoledger to let stakeholders coordinate on forks”, forks cannot occur without the consensus of the network’s stakeholders. This, according to the team, protects against the centralization concerns that may occur from core development teams, who may be subject to an attacker.

Smart contracts also form a big part of Tezos’ network, and is built using the language Michelson. Tezos’ smart contracts systems “cap[s] the maximum number of steps that a program is allowed to run for in a single transaction.”, which the paper states prevents the CPU-usage denial-of-service attacks.

More technical details on the Tezos blockchain can be read in the white paper.

The project’s position paper also suggests that privacy enhancing features, via Ring Signatures and zk-SNARKs, may be implemented in the future.

Tezos’ first encounter with controversy arrived, as mentioned before, with the fact that many of its investors had considered the token to be a security - much like the drama Ripple has experienced. Tezos had not registered with the United States Securities and Exchange Commission (SEC) as a security, and this meant that it could not be legally sold to the US investors. The lawsuits that had been filed largely had to do with the plaintiffs alleging that the project had defrauded and misled investors.

As this concern about the state of Tezos as a security was developing, the Tezos Foundation was simultaneously experiencing trouble with its management, with then foundation President Johann Gevers, who had been appointed to the position by the Breitmans, was accused of hindering the development and progress of the project. The dispute apparently had to do with control over the project. Gevers resigned in February 2018, when multiple lawsuits were still in action, and was replaced by Ryan Jesperson.

The dispute between the Breitmans and Gevers delayed the project “indefinitely”, though it eventually got back on track. However, in conjunction with the lawsuits, the lengthy delay saw Tezos’ reputation took a considerable hit.

Tezos has partnered with a few major entities, most notably in relation to Security Token Offerings (STOs), a hot trend in the crypto market currently. Security Token Offerings are similar to ICOs, but differ in that the investment money (which goes towards actual securities ) is backed by assets or company revenue. This is a more complex legal jurisdiction, so a lot of caution is employed by projects working in this space.

Just yesterday, the Tezos Foundation and tZERO, Overstock’s security token platform, announced that it would nearly $650 million worth of real estate on the Tezos blockchain. The properties are financed by U.K.-based Alliance Investments. The first property to be tokenized is under construction in Manchester, England, and will be available in the first quarter of 2020.

Tezos has partnered with the Brazilian bank BTG Pactual, Latin America’s largest investment bank and Brazil’s fifth largest bank, to the end that the bank will use the Tezos blockchain to issue STOs, potentially worth $1 billion. Dubai-based asset manager Dalma Capital is also involved in the initiative.

Tezos has also partnered with TokenSoft, another security token platform, to bring their institutional grade services to the Tezos blockchain. This includes international compliance support, multi-signature contracts for digital securities and any features that may require Tezos’ formal mechanisms for smooth upgrading.

Lastly, Securitize, a compliance platform for digitizing securities, and Elevated Returns, a firm which digitizes traditional assets, has also partnered with Tezos to issue $1 billion worth of real estate in Aspen on the Tezos blockchain.

Tezos has promised much, but it has much to deliver as well. It’s hard to say at this point determine the long term of the project. The project has had much cast doubt on it, which has given its reputation a hit. However, that doubt does seem to have unduly taken attention away from the fact that the development team has indeed been working on implementing the features and architecture necessary for its goal of becoming a next generation smart contracts and blockchain network strongly governed by its stakeholders.

The turbulent period Tezos has experienced has largely turned into more calm, after changes at the management level. Granted, cryptocurrency investors have a long memory and they are unlikely to forget about what has happened, but should the technical ambitions be achieved, the project will stand in a strong position as a network in the future. A future where a variety of smart contract solutions in several industries will find its home, and protect itself from any hitches that may occur through network upgrades through its modular architecture and formal upgrade mechanisms.