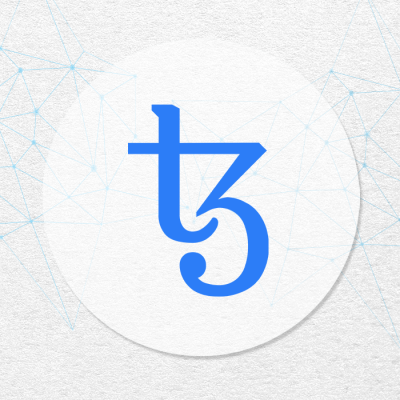 Tezos (XTZ), launched in September 2018, made headlines in 2017 when it raised a then record of $232 million during its ICO. The project faced several lawsuits and differences internally before launching its beta network in 2018.

Tezos is much like Ethereum, in that it is a decentralized network that is oriented towards smart contracts. The platform’s token, XTZ, is primarily used for governance, with holders receiving rewards for proposing protocol upgrades and contributing to the project.

The Ethereum and Ethereum Classic split influenced the development vision of Tezos, with the Tezos executives saying that the splitting of communities and visions is precisely the kind of incident that Tezos wants to avoid, instead focusing on the community consensus via formal methods.

Tezos aims to address the challenges associated with forks through self-amendment and on-chain governance. It recently implemented its first ever on-chain governance blockchain update. Tezos users staked their tokens to implement the first backwards incompatible change to the network, which was termed “Athens A.” The change, democratically conducted as a majority of users voted for this change, resulted in lowering the token threshold for one to be able to participate in the governance and voting process.

It has been revealed that financial firm, Elevated Returns, which focuses on digitizing traditional assets, is planning to release $1 billion worth of Security Token Offerings (STOs) via the Tezos network, which would mark an important step in adoption for the network. Similarly, Latin America’s largest investment bank, BTG Pactual bank, has also announced that it would sell $1 billion worth of STOs on the Tezos blockchain.

There are many blockchains that have smart contracts capable of collecting and selling NFTs, and I have continually falling in love with Tezos (XTZ) blockchain NFTs for a number of reasons. Incredibly low gas and minting fees, integrated purchasing a...

Why I make NFT Art

Some people wonder what is the point of NFT Art?  First, we must define the term NFT.  NFT is an acronym for a non-fungible token.  This means that the token is immutable.  Some people also say an NFT is a one of a kind.  This may have been true in...

Many blockchains now have smart contracts capable of minting NFTs. I am blown away by the Tezos (XTZ) blockchain NFTs for a number of reasons. Incredibly low minting fees, integrated purchasing and transferring NFTs, speed of transfers, and industry...

There are many blockchains that have smart contracts capable of minting NFTs, and I have recently fallen in love with Tezos (XTZ) blockchain NFTs for a number of reasons. Incredibly low minting fees, integrated purchasing and transferring NFTs, speed...

The ETH Merge Won't Do Shit to Other L1s

Let's be honest — the tech behind the #EthereumMerge isn't groundbreaking. There are a number of chains that have already implemented Proof of Stake (PoS) infrastructure in ways superior to Ethereum. What's more, the issues Ethereum has pre-merge wil...

Yupana Finance: A Lending Protocol on the Tezos Blockchain

*obligatory not financial advice*   What is Yupana Finance? Tezos is a popular proof-of-stake blockchain for smart contracts. It had plenty of DeFi dApps since 2021 but for some reason it didn't have a lending protocol until Yupana launched recently....

In January of this year, I posted an article about the goals that I had for accumulating crypto this year. At the time I made the post I was looking for a job in Washington, D.C. wanting to get back on The Hill after interning for three different mem...

The Best Alternatives To Ethereum (ETH) If The Merge Fails - Part 1: Tezos (XTZ)

Everyone is talking about The Merge, as if it was obvious that it is going to succeed. However, it is a technical challenge, and hence, it could fail. All the large investors are getting ready for this possibility and have started to invest into othe...