Quant Network is the network behind the famous blockchain-based operating system Overledger. Basically, Overledger tries to ‘bridge’ the gap between the traditional enterprise system and the distributed ledger technology (DLT). They are trying to solve the interoperability problem that exists in the blockchain space. The focus here is that many existing enterprise platforms and applications are not ‘connected’ to the blockchain industry even though they want to find a way to utilize DLT. Overledger helps these corporations to ‘connect’ their centralized applications into the blockchain. Interesting, isn’t it? So, what’s the story behind Quant Network, and what does the future have for it? Let’s find out! 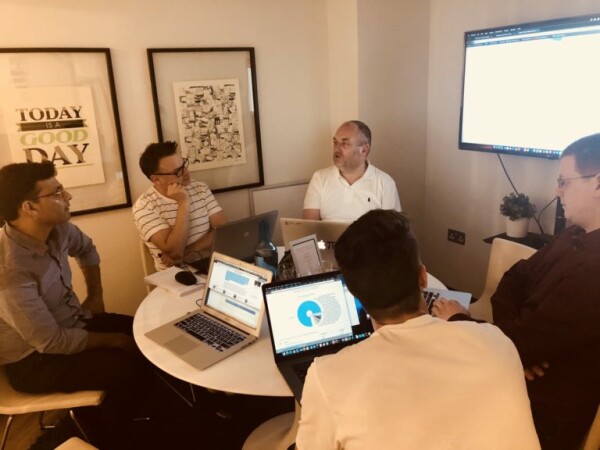 The team behind Quant Network can be described as quite professional compared to other new blockchain project startups. They have ‘corporate’ background, which is a good recipe to success nowadays. Gilbert Verdian acts as the CEO of the project. He used to be the Chief Information Security Officer at Vocalink, a child company of Mastercard. His background before his time at Vocalink is pretty impressive, too. He was the director for Cybersecurity at PWC and Security for HSBC and Ernst & Young. On top of that, he also held various positions in different governments such as in Australia, the UK, the Bank of England, and the EU.

Of course, Gilbert Verdian is not the only individual with brilliant portfolio for Quant Network. Quant’s Chief Operating Officer, Cecilia Harvey, is a Tech Women 100 winner. She used to be a director of global banking at HSBC and a director at Vocalink. Cecilia also served at Citi as the chief operating officer for Markets and Securities Services Technology. Besides these impressive achievements, she also served for Barclays, Accenture, Morgan Stanley, and IBM.

Other team members besides the big three personnel above also held various high-level positions in the corporate world. We won’t name every single one of them, but basically, Quant Network successfully ‘mixed’ individuals with great corporate background. And all of them believed that blockchain would play a significant role in our future.

The Quant Network team eventually published their Overledger white paper in January 2018 and started their journey with an initial coin offering (ICO) just a few months later. They envisioned that the future of blockchain will involve interoperability and must be made as ‘simple as possible’ for traditional corporation applications to connect with. The ICO ended on May 12th, 2018, and successfully collected $11 million out of a $36,900,000 target.

Even though the team had an impressive background but apparently, the 2018’s crypto bear market has turned away people’s interest from ICOs, and Quant Network was no exception. If only they started their ICO in Q4 2017 or early 2018, most likely they would have received much bigger funding from ICO enthusiasts. But well, $11 million was still not a bad thing, and the Quant Network team successfully carried out their ICO participants’ trust.

As of today, Overledger has been progressing pretty rapidly. Overledger has many enterprise clients. One of the most notable clients is SIA, which is a leading European payment infrastructure. SIA’s partnership with the Quant Network team was considered a remarkable achievement because SIA will bring its 580 banking partners to the blockchain interoperability world through Quant’s Overledger system. 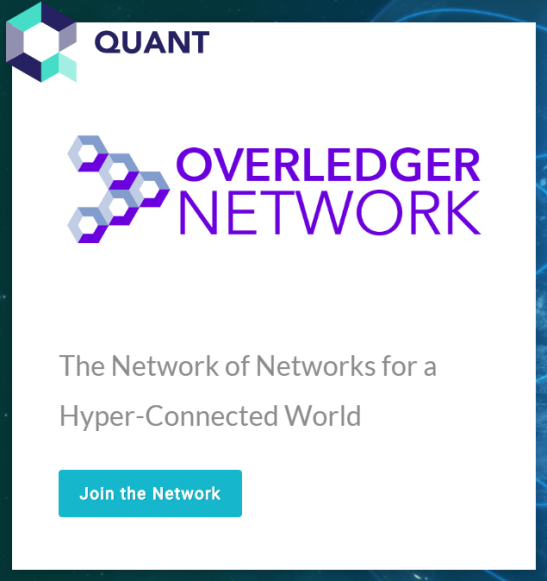 As we have mentioned above, the goal of the Quant Network and its operating system called Overledger is to help attract enterprises to adopt the world of DLT (distributed ledger technologies). Many traditional corporations have been complaining about how complex it is to ‘integrate’ blockchain applications into their financial system, and it would not add too much benefit, anyway. Quant Network team has a dream that all of these corporations would eventually use blockchain technology, but they also think it’s a bit too hard (if not impossible) to adopt the existing blockchain platforms. And if it does not benefit the corporations too much, they wouldn’t adopt it.

That’s why the Quant Network team expects the adoption would only happen when the blockchain world can be simplified and can support multiple applications from different systems. Exactly what they are doing with Overledger. It helps traditional applications to be able to ‘communicate’ with different blockchain systems through a virtual blockchain application (which is the Overledger itself).

Another important goal of the Quant Network is to make a ‘future-proof’ network. As people know, the blockchain industry evolves at a very rapid pace. Blockchain-based companies have to keep ‘shifting’ their revenue models all the time in order to race with time. Quant Network wants to ‘reduce’ this risk by introducing an enterprise abstraction layer to its customers. By doing this, the clients/corporations using Quant Network products wouldn’t need to change the entire codebase just to adapt to all the newest changes. They can just use Quant network’s abstraction layer and keep using it as the team ‘upgrades’ the system. 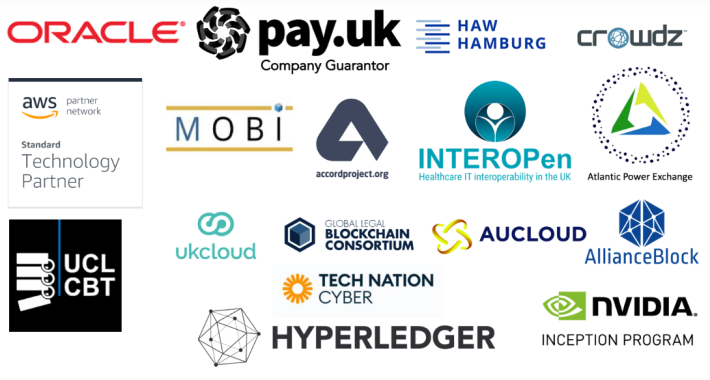 And not just the amazing partners' list, Quant Network’s massive success also comes from its compatibility with the popular public and permissioned blockchain networks, such as Ethereum, Hyperledger, Quorum, Bitcoin, Ripple, Corda, and IOTA. Any corporation that wants to utilize multi-blockchain platforms can just use Quant Network’s Overledger operating system and not worry about which blockchain will get more popular in the future. 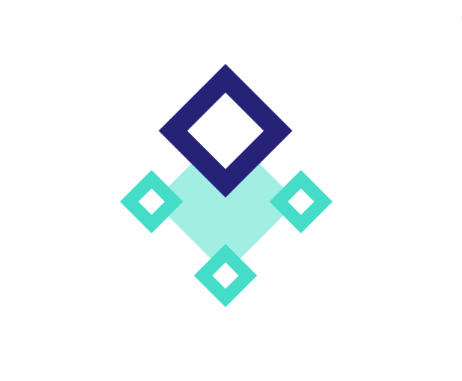 Alright, everything we have written above sounds super great. But, now you might be wondering, what is the exact use cases of Quant Network’s native cryptocurrency called QNT? Why does Overledger and Quant Network need to have its own crypto in the first place? Well, you need to use the QNT token to access Overledger. The clients have to pay an annual license fee or platform fee in order to use Overledger. And while the fees will be a fixed fiat amount, but it must be paid through QNT tokens. So, if QNT price drops in USD valuation, the clients need to use more QNT tokens to pay for the fees. When QNT price goes higher, the clients can use less QNT tokens. As simple as that.

And for clients who want to use Mapps (multi-chain applications) inside the Quant Network ecosystem, they need to hold a certain amount of QNT tokens. So, basically, QNT works as a ‘license key’ to your account within the Quant Network’s ecosystem. Without QNT, you cannot access Overledger and its Mapps.

Fortunately, there isn’t much negativity surrounding this project. Maybe when the project gets more popular one day, there would be some FUDs coming out of nowhere. But for now, the project is safe and ‘clean’ from controversy.

The only valid criticism about this project was more about the QNT token use case. The team could have easily integrated other cryptocurrencies to pay for the annual licensing fees, but everybody knows they had to create their own ‘native’ token in order to attract ICO participants and newer community members. However, this criticism is considered ‘mild’ because, to be honest, other crypto startups also did the same thing. 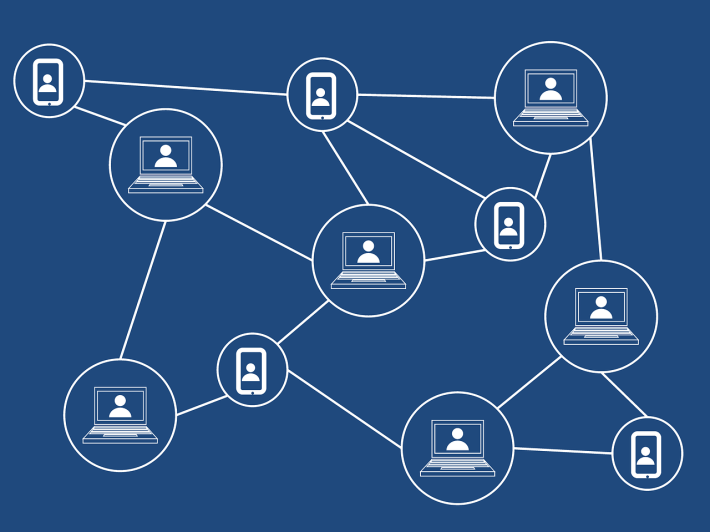 Most blockchain interoperability solutions, directly or indirectly, could be seen as competitors to Quant Network. The biggest names that come to mind are the Cosmos network, ICON, AION, Wanchain, Polkadot, and Fusion. While they are all trying to solve interoperability problems from different technical perspectives, but the main idea is to still build a bridge between the traditional financial system and the different blockchain networks. And thus, they are still the main competitors to Quant Network.

QNT In The Cryptocurrency Market

At the time this post was written, one QNT token was worth $5.92. The market cap was $71,513,304 USD, and the daily trading volume was $3,871,001 USD. QNT was one of the top 100 cryptocurrencies by market valuation, comfortably sitting in the 65th position. You can find QNT on Bithumb, IDEX, Bittrex, Hotbit, and DigiFinex. Unfortunately, there are some rumors stating that Hotbit is a wash trading exchange with fake volume. And guess what, QNT’s biggest volume at the moment is still with Hotbit.

Quant Network has a bright future with the core team’s strong connections and Overledger’s use cases. And of course, the idea is that the more popular Overledger becomes, the more valuable QNT token will be. While the potential of blockchain interoperability solutions is still very ‘raw’ to many traditional companies, but it looks like they are heading in the right direction. It’s interesting to see where Quant Network will be in the next few years. They have good potential to achieve great things.