What is Pundi X - [A Comprehensive Guide to Understanding Pundi X] 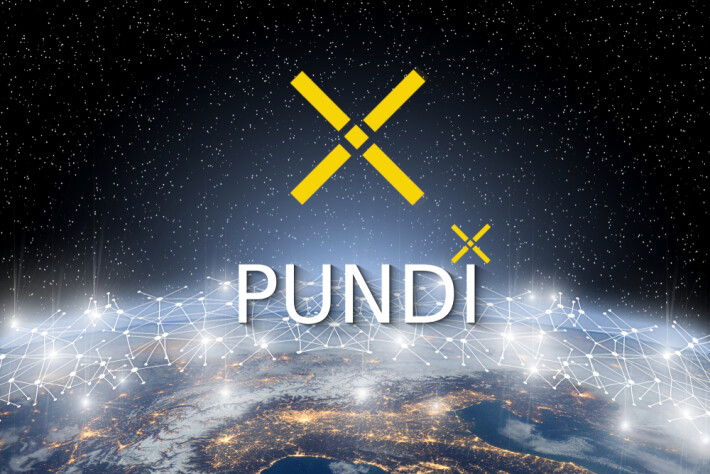 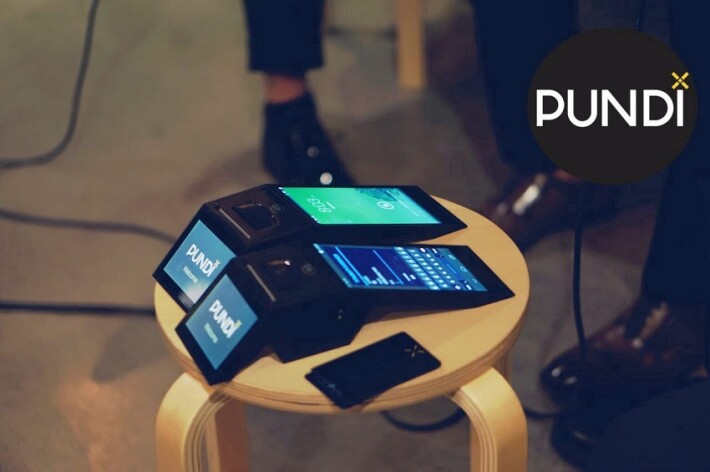 As we have written above, cryptocurrencies face ‘chicken and egg’ situation where they are considered too hard to use. And thus, people always prefer to use fiat currencies. Many customers feel that it’s too complicated to transact with cryptocurrencies, while many merchants believe there is no point accepting cryptocurrencies if nobody is going to use it. Nowadays, it’s probably a bit easier for customers to pay using cryptocurrencies. They can just download a wallet app with their phone, and scan QR code to pay directly. However, it does not solve the problem from the merchant side.

Merchants need a system that can directly integrate with their current business systems as well as records for tax purposes. Not only that, but they also want a system that can automatically convert cryptocurrency to fiat. Most merchants do not want to deal with the volatility of the crypto price. They don’t want to receive crypto payment only to find out that the valuation of the purchase suddenly goes down 10% in the next few hours. On top of that, there is still a lack of interest in using cryptocurrencies to make a purchase in the real stores. So, it comes back to ‘chicken and egg’ situation, where most merchants wouldn’t bother to set up a difficult system for something that only represents a small ‘niche’ of customers.

Pundi X team completely understood that issue, and they have been trying to solve this problem. The team was previously known as Wokoworks team, and they were specialized in creating electronic wallets. The same team believed there was a ‘gap’ that most other crypto projects chose to ignore. The ‘gap’ was about PoS terminals that would help merchants to adopt crypto payments with ease.

In late 2017, the Pundi X team promoted the idea to cryptocurrency enthusiasts. Fortunately, they received a warm welcome everywhere. In January 2018, Pundi X officially launched its initial coin offering (ICO) to receive funding. By January 21st, 2018, they successfully collected $35 million in total from their ICO. It was considered a massive success and the Pundi X team focused on bringing their idea to reality since then.

Their plan to bring PoS (point of sale) devices were started in February 2018, not long after they finished their ICO. Pundi X PoS ecosystem includes several different mediums. Their own “mobile app” to pay for services called xWallet as well as their own hardware device called the XPOS. The clever thing about Pundi X’ POS ecosystem is that they prioritize normal digital transactions and don’t just focus on cryptocurrencies.

For example, if the customer wants to pay using normal fiat currencies, he/she can easily do that with Pundi XPOS device. The system is not ‘exclusively’ built for crypto payment, and thus it made it much easier for merchants to adopt the system and these devices. Merchants who want a ‘superior’ POS device can just use XPOS and still ignore the ‘pay with crypto’ part. But of course, the grand vision is to ‘integrate’ crypto payment seamlessly to these devices, so everybody can easily pay with crypto despite the system itself is an all-in-one solution that includes fiat payment.

Pundi X has become a success story. XPOS devices have been shipped to more than 25 countries, and the XWallet app has more than 200,000 registered users as of May 1st, 2019. The team did not stop there. They also developed the xPhone, which they touted as the first fully-functioning blockchain phone. 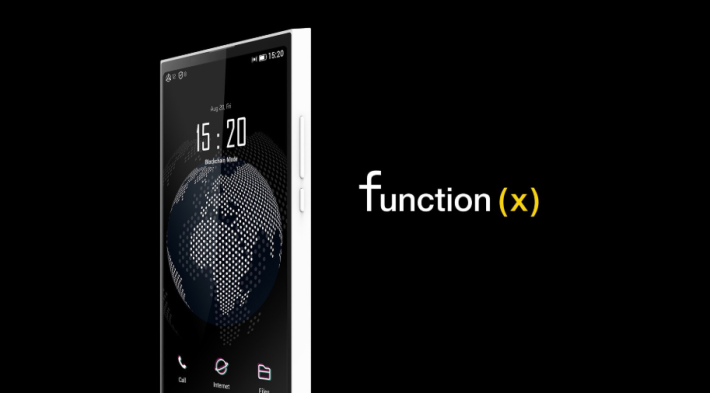 The purpose of Pundi X is quite clear. It is to make cryptocurrencies transaction as easy as buying bottled water. The idea of transacting using cryptocurrencies have been rejected by many people for being “too hard” and not “user-friendly” and Pundi X’s life mission is to change that stigma through their innovations.

The most standout achievement of the Pundi X team is definitely their hardware and app developments. Their XPOS device, for example, is used to help merchants receive payments from all kinds of mediums. Card payments, fiat payments, different types of crypto payments, and (in the future) Apple Pay and Samsung Pay. The goal is to become an all-in-one payment solution and seamlessly integrate crypto payment in the meantime.

The Pundi X ecosystem also consists of XPASS payment card and xWallet mobile application. In the future, Pundi X will also transition to its own blockchain called the Function X blockchain. At the present time, Pundi X native token (NPXS) is still an ERC20 token (Ethereum).

Potential Issues In The Future 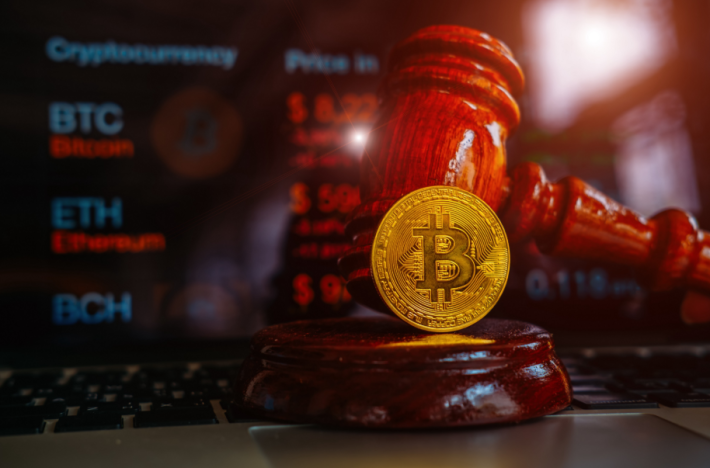 It looks like Pundi X has a bright future. The project is real; the hardware devices are real; the mobile application is real as well. Everything looks legitimate. And of course, the Pundi X team made the right choice developing its own blockchain to fulfill its dreams. That being said, there are some potential scaling issues that can affect Pundi X’s growth.

First of all, the XPOS device is not really unique. If we ‘take away’ the ability to pay with crypto, it’s not that much different from other POS devices. And when crypto gets more mainstream, most likely other POS devices will also integrate ‘pay with crypto’. It won’t be easy for a startup to compete with bigger corporations when they start to copy these features. In the tech world, we have seen so many examples, where bigger corporations copy innovations from smaller startups and end up taking the market share as well in the process.

The second potential issue is their blockchain called Function X. We haven’t yet seen its capabilities to process large amounts of transactions in real life. And as long as it hasn’t launched its mainnet, we would not know whether it will be a flop or not. Creating your own blockchain is never an easy task, especially for a task that is designed to handle a massive amount of retail transactions. Most existing blockchains aren’t even capable of doing that.

Another potential issue that we cannot underestimate is the lack of government regulation when it comes to crypto purchase. For example, the Pundi X team is based in Jakarta, Indonesia. The Indonesian government is a bit ‘relaxed’ when it comes to crypto purchase as an investment, but they have banned crypto usage for real-life transactions, and even for online purchases. You cannot buy an item from a retail store with cryptocurrency in Indonesia. Pundi X team has to ‘wait’ until the government changes the rules before their POS ecosystem can start accepting crypto payment in their own country.

All of these issues mentioned above are threats and potential roadblocks for the Pundi X team. Despite all these challenges, the Pundi X team remains one of the few legitimate startups in the crypto space that always tries to push both hardware and software adoption in the real world.

There isn’t any direct competitor to Pundi X in the top 100 crypto rankings. Most other cryptocurrency projects are just focusing their efforts on their blockchain or decentralized finance (DeFi) or smart contracts. Pundi X is a unique project that tries to ‘integrate’ software and hardware application to its own blockchain, all done by the same core team. However, it does not mean Pundi X runs on its own. Pundi X’s success or failure will be decided by multiple factors, as mentioned above, under “Potential Issues In The Future”. When Pundi X launches its own blockchain, it will compete with other newer gen blockchains like Tron, EOS, IOTA, or VeChain.

Pundi X has a bright future, and it is one of the few crypto-based startups that try to solve real-life problems with crypto adoptions. The team has really good intentions, and so far, they have delivered what they promised. While they have some big potential roadblocks but it looks like Pundi X will be able to grow in the upcoming years. The team is solid, and their devices are helping crypto adoptions.