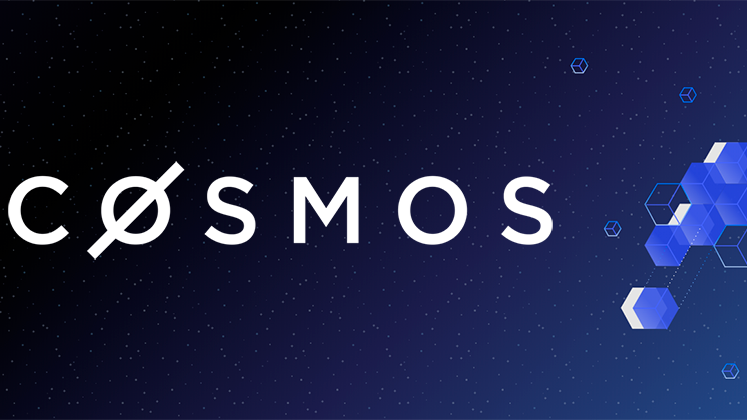 What is Cosmos Network (ATOM)? [A Comprehensive Guide to Understanding Cosmos]

So, what is Cosmos blockchain? This new blockchain system and its native cryptocurrency (ATOM) took the crypto world by storm in early 2019 after previously it was hidden from the public exposure. At the time, out of nowhere ATOM went straight to the top 20 of crypto rankings, and everybody suddenly started talking about it. So, what exactly are ATOM and Cosmos?

Cosmos developers call the project as the ‘Internet of Blockchains’. In other words, Cosmos is a blockchain 3.0 where all these different blockchains can interoperate and connect to each other through one ecosystem in a decentralized method. That one ecosystem is Cosmos. Let’s find out more about its history, what separate Cosmos from other blockchain networks, and what the future has for this project.

The co-founders of Cosmos project believe that the previous generations of blockchain systems are not good and fast enough to support real applications. They believe the current Proof-of-Work (PoW) protocols are too expensive and slow, as stated on their official website. And not only that, but they also think the current form of blockchain applications are too complex and difficult. This is where Cosmos step in.

By creating an SDK for developers to easily launch application-specific blockchains, the hope is that developers who previously were not interested in blockchain applications will finally consider applying blockchain system to solve whatever problems they have. And, when enough people use Cosmos SDK for their own blockchains, they will be able to connect to each other through one same ecosystem. This has been the grand vision of Cosmos developers.

The team behind Cosmos is called the Interchain Foundation (ICF). As for the development of the Cosmos ecosystem, ICF has contracted the Tendermint team. Don’t be confused by the names. Some of the most important faces of both companies are the same. For example, Jae Kwon is the CEO of Tendermint team, but he’s also a board member of the ICF. Ethan Buchman, who’s the CTO of Tendermint team, is also a board member of the ICF. Many of the higher-ups in both teams were relatively not known in the crypto space before the creation of the Cosmos project.

The Cosmos project began as an initial coin offering (ICO). The ICO ended on April 6th, 2017, and it successfully raised $17,300,000 USD from its investors. Fast forward to two years later, Cosmos finally launched its first hub of the ecosystem on March 13th, 2019. Many of the Cosmos enthusiasts believe the launch of Cosmos project is a huge step toward blockchain adoption. Especially considering there are too many different blockchains out there which cannot ‘connect’ to each other. Having cross-platform interoperability is quite important for blockchain to be taken seriously outside the crypto bubble. And Cosmos opens the door for that possibility.

Cosmos has a grand vision to become an all-in-one solution to solve scalability and interoperability issues that have been ‘haunting’ the blockchain industry since a very long time. Cosmos project has confidence it can become the ‘internet of blockchains’. Its vision is to connect different types of application-specific blockchains into one big ecosystem. Within Cosmos network, the independent blockchains are called “Zones” while the central blockchain is called “Hub”.

They believe there are different use cases for private blockchains and they want to connect every blockchain out there (both private and public) to the Cosmos ecosystem. One thing to notice is that transactions inside blockchain that’s powered by Tendermint must be validated through Proof-of-Stake. You cannot opt for Proof-of-Work.

Another purpose of Cosmos is to solve sovereignty problem. For example, look at Ethereum. Ethereum is a blockchain that enables decentralized apps (dApps) development. However, all kinds of changes for an Ethereum dApp has to be approved by the governance system of the Ethereum network itself. This is including minor changes such as bug fixing itself. Other dApp platforms also adopt a similar approach. To improve a dApp inside a blockchain, the change has to be accepted by the governance system of that same blockchain.

Cosmos team believes such practice is too inefficient and not practical enough. Cosmos believes it can solve sovereignty issues where minor changes to the dApps inside the Cosmos ecosystem do not need to ask for everybody’s approval inside the same ecosystem. 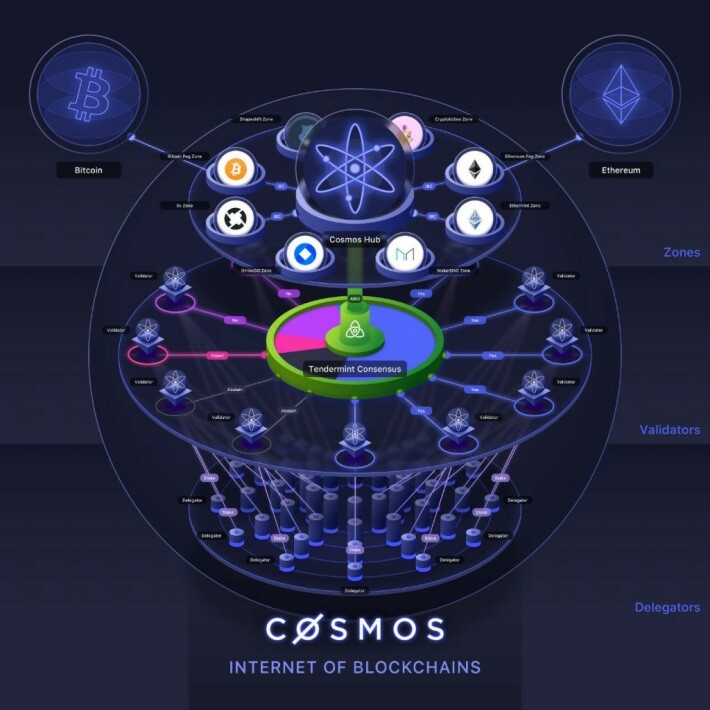 With Tendermint, theoretically, Cosmos can handle up to 10,000 transactions per second (TPS) featuring a 1 second block time (assuming each transaction worth 250 Byte). The possible issues that might slow down the speed of transactions inside the Cosmos ecosystem are the complications of the applications. Nobody knows in the future what kind of dApps that the developers might create using Tendermint and of course that can become a potential obstacle.

Another potential issue that might stop Cosmos’ growth is the lack of publicity. In the tech world, unfortunately, the best tech does not always win. Sometimes, public exposure is what matters the most to developers. For example, if you create an application for an operating system that nobody uses (even if that operating system is superior), what is the point? You still won’t find any user for your application.

This is the same question that can become a potential obstacle not just for Cosmos but for any blockchain network out there. Despite the fact that Cosmos has a good technology and interoperability feature, but it still won’t matter if there aren’t enough applications supporting the network.

Adoptions Of Cosmos And Tendermint Ecosystem

Fortunately, Cosmos ecosystem is not a ‘ghost town’ like many other blockchain projects out there. Cosmos technology has been acknowledged by one of the biggest cryptocurrency exchanges, which is Binance. Binance’s own blockchain called Binance Chain is basically a fork of Tendermint and Cosmos SDK, as admitted by Binance itself.Other than Binance Chain, there are many projects that have been utilizing Cosmos and the Tendermint Ecosystem. They are Kira Interchain Exchange, e-Money.com, FOAM, Sentinel, COMDEX, Hyperledger, and many others. You can find the full list here.

ATOM Cryptocurrency And Its Role In The Cosmos Ecosystem 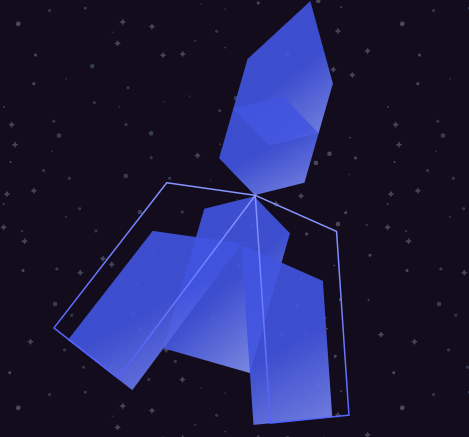 Cosmos has a native cryptocurrency called ATOM. At the time of this post writing (September 17th, 2019), ATOM is currently sitting on the 21st position of the crypto rankings by market cap. ATOM has a vital role in supporting the Cosmos network. ATOM is mainly used by validators to vote and get rewards for securing the entire network. However, transaction fees inside the Cosmos network do not need to be paid with ATOM. This is different compared to a much older generation of blockchains where typically transaction fees are always paid in their own native cryptocurrencies. In Cosmos, different tokens can be used to pay the transaction fees.

ATOM And Market Confidence In The Crypto Market 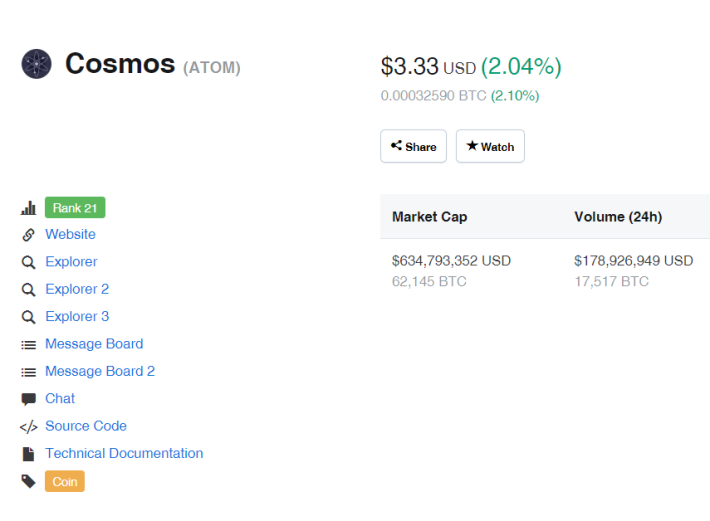 As we have mentioned above, ATOM is sitting on the 21st position of the crypto rankings (last updated: September 17th, 2019). It has $643,995,754 USD market cap and $175,280,170 USD daily trading volume. ATOM price has been rising 33.8x compared to its ICO price back in 2017. It looks like many big crypto traders have their faith in ATOM, and this cryptocurrency will only get more popular when more corporations utilize the Cosmos SDK and the Tendermint.

Currently, you can get ATOM on decent crypto-to-crypto exchanges like Binance, Huobi, BW.com, OKEx, Bitmax, or Gate.io. However, it might be a bit hard to get ATOM directly if you only have fiat. You need to use USDT or BTC or ETH.

There are some crypto projects that can potentially challenge Cosmos’ quest to conquer the blockchain interoperability world. The ones that easily come to mind are Polkadot, Aion, and Elastos. However, the world of competition is not as simple as their specific use cases. While Cosmos’ use case is to promote blockchain interoperability, but there are many crypto experts who believe in the future Cosmos will actually compete with the likes of Ethereum, EOS, or Cardano.

Cosmos is trying to become the de facto solution of blockchain 3.0 world. So far it looks like they are going in the right direction. There are potential obstacles and competitors that might become Cosmos’ problems going forward, but you can say the same thing for any blockchain project out there. Due to the healthy development progress and healthy community size, we believe Cosmos has plenty to offer and will still become part of the future blockchain world in the long term.