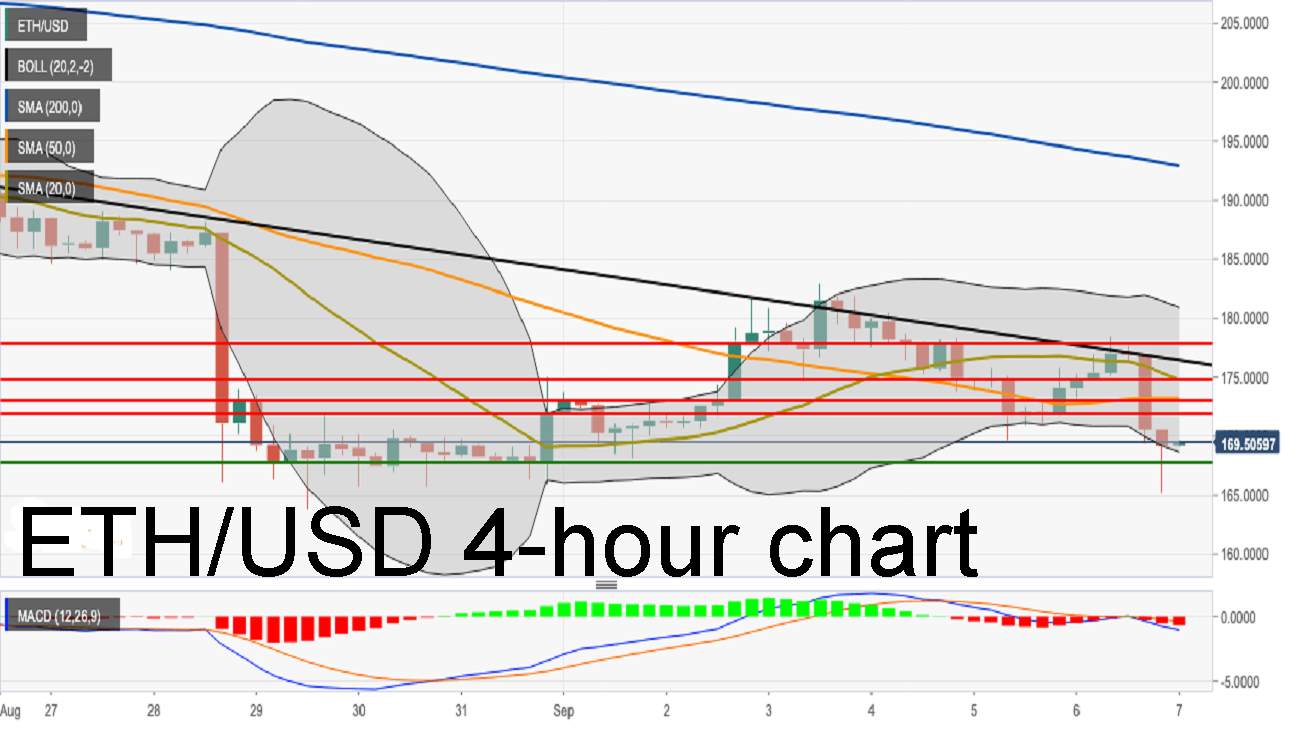 The Elliott oscillator has had a bearish session following five straight bullish sessions. 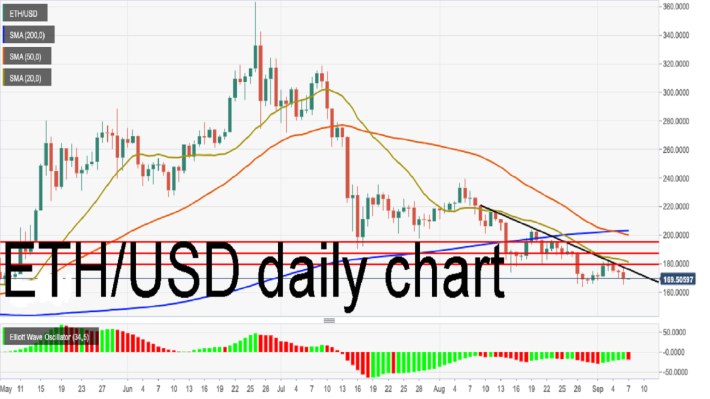 Ethereum day by day outline demonstrates that the benefit has had a bullish beginning to Saturday following three straight bearish days. ETH/USD has dropped from $174.15 to $169.20 this Friday. Up until now, the cost has gone up to $169.55 this Saturday. The cost has met opposition at the descending inclining line and is beneath the 200-day straightforward moving normal (SMA 200), SMA 50 and SMA 20 bends. The Elliott oscillator has had a bearish session following five straight bullish sessions. 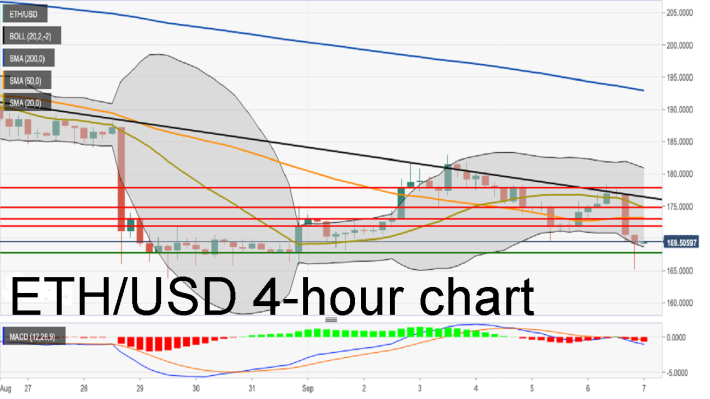 The 4-hour ETH/USD outline has dropped and contacted the lower bend of the 20-day Bollinger band. The bulls at that point stepped in and lifted the cost up to forestall any further drop. The third-last session was bearish to the point that it took broke beneath the SMA 20 and SMA 50 bends. The moving normal union/difference (MACD) demonstrates that market energy was diminishing before the bears gotten steam once more. 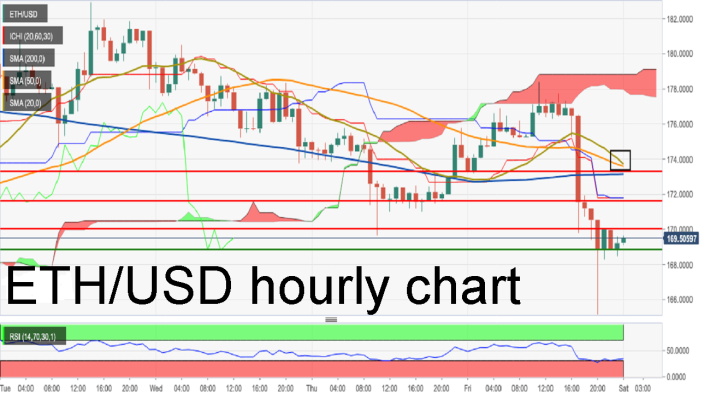 The hourly chart shows that the price of ETH/USD dropped from $176.50 to $168.80 within four hours. The price found strong support at $168.80 and then bounced back up to $168.85. Previously, the hourly price found resistance at the red Ichimoku cloud and dropped down. The hourly market is also trending below the SMA 20, SMA 50 and SMA 200 curves. The SMA 20 is looking to cross below the SMA 50 curve, which is a bearish sign. The relative strength index (RSI) indicator is creeping along the oversold zone.