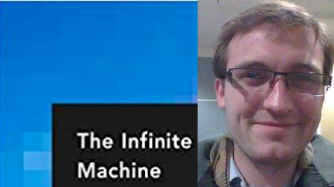 You probably read Charles Hoskinson and the Infinite Machine Part I. If no, we advise you to start with it.

This article is Part II which will focus on the days of Charles as Ethereum CEO.

In one of the recent AMAs, somebody asked Charles Hoskinson if he liked the way he is presented in “The Infinite Machine: How an Army of Crypto-hackers Is Building the Next Internet with Ethereum” book? He said that its history and many books will be written on him and Cardano. We can’t write a book on Cardano now (although that’s a good idea) but we would be happy to present this article so you can meet Charles in the retrospective.

Charles as the CEO of Ethereum

“Their CEO loved to congregate with everyone in front of the whiteboard. Then he would proceed to write out complicated math problems and charts, just for the sake of it, or at least that’s what it seemed like to Mathias. One time, Charles spent the day developing a model that would reinvest funds that Ethereum would earn. At this point, it hadn’t been decided whether Ethereum would be a nonprofit foundation and Charles was thinking about how the for-profit entity would work. His idea was to create a system that could process investment ideas and decide whether it was worth putting the money in or not.”

This is a critical impression of one of the people from those times. But whiteboard lectures were the ones that helped Charles to make a name in the crypto world. Whiteboard videos are one of his favorite things for the Cardano community, and we watch them ourselves. Such videos are not only useful for better understanding and general crypto-erudition, but they also constantly bring more new people to this industry.  We don’t know the model in which Charles presented those days, but we can see that he was looking at a bigger picture and bigger perspectives. From how it sounds this similar model will be with Cardano DC Fund, and those who decide will be us, the ADA holders. We can’t wait to see the whole process in the next few months.

«Charles didn’t hide his ambition about becoming the crypto Google or his predilection for VC funding, and why should he? In his view, they were creating what would become the biggest company in a new, blockchain-based future. Corporations rule the world for a reason. They’re the most efficient way of turning an idea into a reality because the people who make up that company, from the owners to the managers to the employees, have direct incentives to see it thrive and have clear roles to fulfill. To Charles, incentives and responsibilities in nonprofits are murky and because of that, they can never achieve greatness. He wanted Ethereum to achieve greatness, and he knew it could. He was sure Ethereum could become the first trillion-dollar company»

Most of us will probably agree with this vision. Even from the latest community discussion, there is a clear example: compare IOHK (IOG) and Cardano Foundation? Many Cardano community members are unhappy with the Foundation’s poor performance and lack of transparency (some started to build a public roadmap for it), but everyone is happy the way IOHK is working and making progress. From the Ethereum times, Charles only strengthened his vision, which now will help Cardano to become the next financial operating system of the world, and IOHK as a company which builds it can become the first trillion-dollar crypto-company.

«Dislike for Charles and his management style had morphed into outright distrust. Some of the hackers, with their inherent suspicion of the established financial system, came to see Charles as the figurehead of an evil corporate mind-set that would corrupt Ethereum’s soul. They suspected that Charles wanted to partner with Wall Street banks and Silicon Valley funds instead of using Ethereum to create better versions of those aging institutions.»

The following passages are from “The Red Wedding” chapter.

«Gavin described what followed as the tensest moment in his life. Jeff said he was high on adrenaline, thinking this is the most important thing he had to do—making sure Ethereum didn’t become yet another corporation. To Amir, those hours around the table were like the Red Wedding scene in Game of Thrones, where the victims had been lured into the enemies’ castle to be slaughtered by the hosts. Charles said there was no dignity on that day....»

«But the discussion went on, with much of the ire directed at Charles. When he argued that Ethereum should have an efficient management structure, he was accused of being an egomaniac who wanted a hierarchy only so he could be at the top. When he said that a company provided the best path to adoption and profitability, he was accused of putting money before everything and being willing to manipulate and deceive to get his way. Charles’s voice was drowned out by accusations and personal attacks, some of them lodged at him by people he’d hired himself; some of them came from people he considered friends. He grew quiet and sank deeper into his chair.»

So we can see that there were hard times, and Vitalik Buterin later decided the future fate of Ethereum.

«Ethereum will be a nonprofit and open source project” is the first thing Vitalik announced. “The eight founders will always stay founders and they’ll get everything that’s due. All your back wages, and all your ether. Going forward there will still be a leadership team of eight. This leadership team will be: Gavin, Jeff, Mihai, Joe, Anthony, Stephan, Taylor, and myself.”

With that, he had effectively removed Charles and Amir, and promoted Stephan and Taylor. Amir was out because the team didn’t think he had enough commitment to the project—he had also resigned himself. And Charles? Well, even if he ultimately wanted the best for Ethereum, he’d lost the support and trust of the rest of the team. Anthony stayed on but his vision for how Ethereum should be developed was crushed. Joe was already thinking about leaving Ethereum to run the for-profit company building the application layer that he envisioned.

Charles didn’t speak to anyone. He went to his room in the basement and sat on his mattress, his back slumping over his legs. Eventually his assistant Jeremy Wood came down and offered to get him a ticket back home.

«I don’t want to go back home yet,” Charles said. “Can you just get me a ticket to England?”

“I don’t want to go home and face my parents and my wife and everybody else. Here I was, talking to Google and going on TV, speaking at big conferences as CEO of this thing that’s going to be worth a billion dollars. Now I’ll have to come home with nothing. I just can’t do it.»

Some of you might cry after reading these lines.

But I remember the famous phrase of Nietzsche: “What does not kill me makes me stronger”.

That was probably the worst moment of Charles’ career, it made him stronger, he created Cardano and went further with the mission to create the next financial system of the world.

This might be sad, but at the same time - a motivating example. No matter how bad things are at the moment, you need to be strong and follow your mission.

There are two more mentions of Charles in the following chapters, this time - about Cardano.

«Charles Hoskinson was building Cardano, with its ADA token. Unlike the unwieldy web of developers and volunteers building for and on Ethereum, Charles wanted to run a very structured ship. There are three entities creating what he calls a “third-generation blockchain”: nonprofit, Switzerland-based Cardano Foundation, which helps oversee the development of the Cardano blockchain; Japan-based engineering firm IOHK, which has been contracted to build Cardano; and Japan-based Emurgo, a venture investment firm and startup incubator to support the Cardano and general blockchain ecosystem. Its crowdsale excluded US citizens to diminish regulatory risk and ADA tokens were sold mostly to Japanese investors. Instead of the decentralized and disorganized approach to research in Ethereum, Cardano moved slowly and carefully with peer-reviewed, open source code.»

«Charles Hoskinson was painstakingly building Cardano so that every line of its code was bulletproof. He was also enjoying his crypto riches with a brand-new Lambo and a huge ranch with horses and goats frolicking about near Boulder, Colorado. »

Lambo and ranch are well-known topics by all who watch AMAs by Charles. But unlike some people who made a lot of money in crypto, Charles is not only enjoying a good life. He is working hard for Cardano and even beyond, thinking about helping other projects (i.e. Ethereum Classic) and raising a variety of topics in his conversation, from politics to science, from growing vegetables to AI.

Cardano is growing both by the number of people who are involved and by the technological changes (smart contracts and governance will be added soon). And we are happy to be part of this new history. 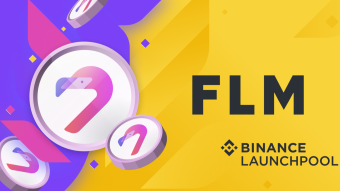 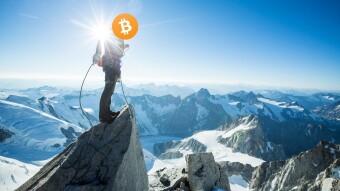