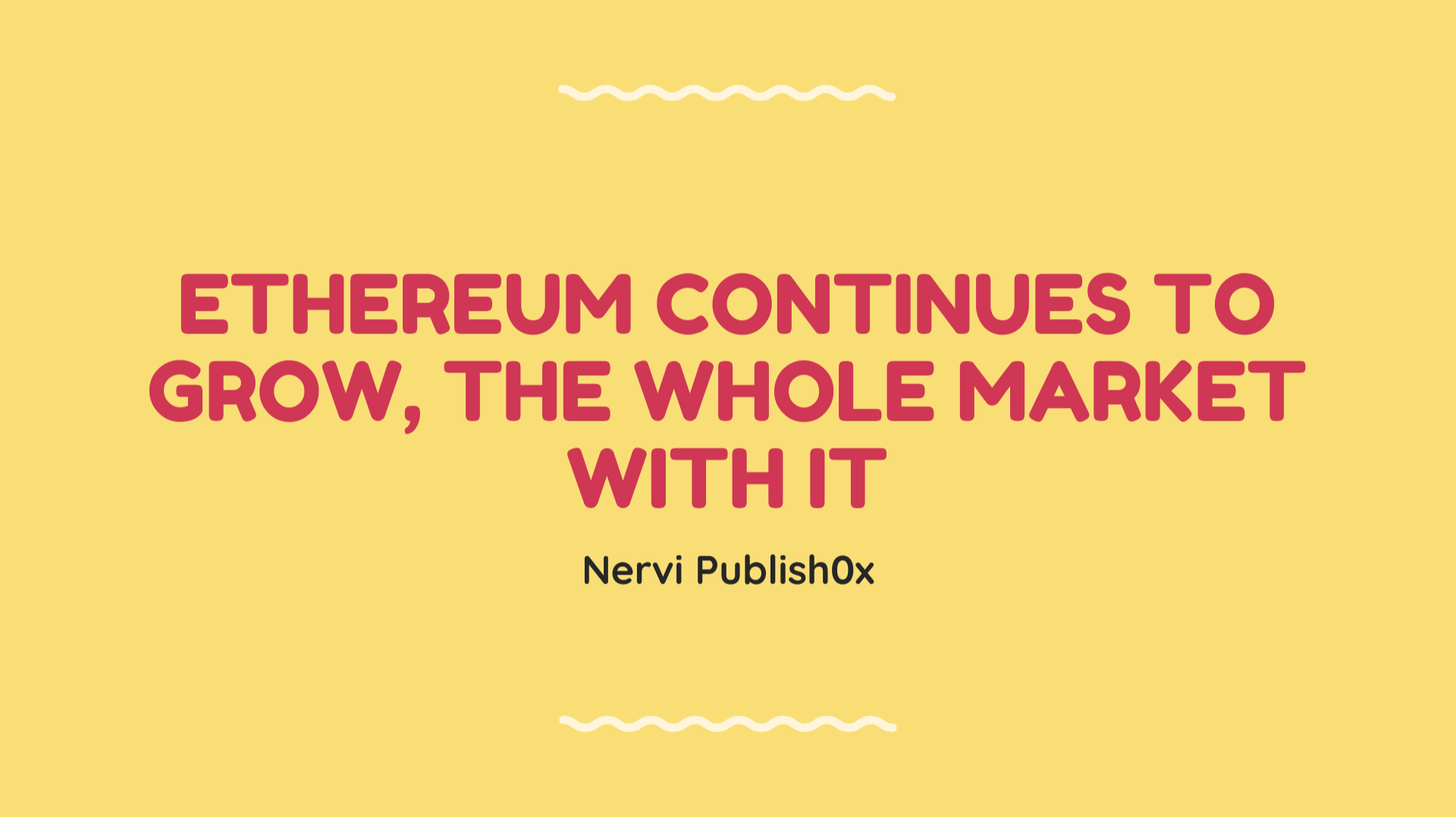 Ethereum continues to grow, the whole market with it

Little did Ethereum cross the $3500 barrier. Its current price is $3470. Is this the end of the growth of the second largest cryptocurrency or maybe just the beginning?

Ethereum cost $2,500 just a week ago, this represents a 38.8% increase over the week. This is quite impressive as it is the second largest cryptocurrency so the capitalisation has increased gigantically. Recently we have only seen such increases on DOGE and BNB. The market capitalisation also reached its record, placing the overall capitalisation at around $2.3 trillion.

By the way, Ethereum's creator, Vitalik Buterin, became a billionaire this way. His total Ethereum value in his account has exceeded $1 billion.

What surprises me is the continued rise of Dogecoin. Elon Musk mentioned something was going to happen on May 8 and suggested it with the name DOGE in one Tweet. I'm curious to see how big the increases that day on Dogecoin will be, because let's not kid ourselves that 100% of Elon's Tweets resulted in a price increase. Today DOGE had its ATH, it was a little short and the price would have been half a dollar per DOGE. Can you imagine DOGE at half a dollar? I can't, and yet.

We will see what the future brings, I am optimistic.

Below you will find useful sites from which you can learn more about cryptocurrencies and make money from them. I will be very grateful if you use my link.