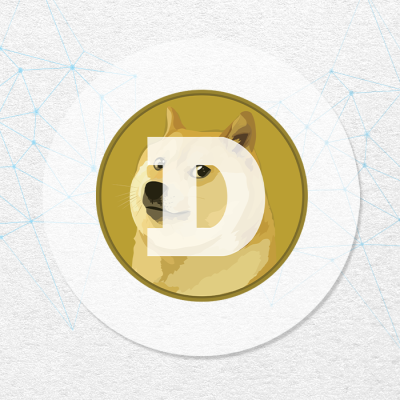 Dogecoin (DOGE) is a cryptocurrency made by Billy Markus and Jackson Plamer in 2013. It is a decentralized blockchain network that is largely used for sending funds and tipping users.

Dogecoin initially started off as a joke in the cryptocurrency world. Markus and Palmer felt that cryptocurrency was becoming far too serious at the time, and wanted to create a fun and friendly coin that would have the potential to reach a far less ‘serious’ type of audience and possibly touch the mainstream. Over its lifetime, the Dogecoin community has grown considerably, and has long been recognized as an oldschool cornerstone of the cryptocurrency world.

Dogecoin was introduced with a Shibu Inu logo, based on a popular meme at the time. The community quickly fell in love with this and started to call themselves Shibes.

Although this project may have started as a small joke, it has now evolved into a very friendly coin, largely due to its charitable donations made by the community. As an example, in 2014 the Shibes were successful in raising around $50,000 to help send the Jamaican Bobsled Team to the Sochi Winter Olympics.

Dogecoin is similar to Bitcoin and Litecoin in the sense that it uses the PoW consensus mechanism. However, Dogecoin has a block time of 60 seconds, which leads to very fast payments. It also has an infinite supply cap which means it is an inflationary cryptocurrency. Due to these parameters, Dogecoin is often used as a tipping coin as users can easily send microtransactions on its blockchain.

In this tag you can discover DogeCoin (DOGE) news, price prediction, opinion and analysis created by users.

StealthEX Battle of the Crypto Communities Has Already Begun!

What is the most active cryptocurrency community? Vote for your favorite crypto – the winning family will get StealthEX giveaway with a coin of their project! Follow @StealthEX_io Vote in the rounds. Retweet, like and tag your friends! The first ro...

Cryptocurrency is an unsustainable mechanism that is crafted by many criminal corporations and criminal governments and which will ultimately fail.   This being said, in the mean time, it is much like a rollercoaster which has many ups and downs, but...

StakeCube(SCC) - The meeting of all forces

Greetings Friends;   Ensuring a comfortable space is one of the great challenges in the world of crypto and with that we can deduce that there are gaps to be filled and few projects tend to respond to the benefits of these gaps. In this article I wi...

The Phenomenon Of Meme Cryptocurrency

It's hard to believe, but the cryptocurrency industry has over 10,000 active tokens in circulation today. And along with the giants of the digital economy like Bitcoin (BTC), Ethereum (ETH) and Solana (SOL), there are so-called meme coins. Meme token...

Dogecoin vs Tron: The Ultimate Showdown

What Is Dogecoin? In case you haven't heard of it, Dogecoin is a cryptocurrency that was created in 2013 as a joke. It's based on the Doge meme, and its logo is a Shiba Inu. But despite its silly origins, Dogecoin has actually become quite popular,...

Introduction   You might have heard that Dogecoin had a pretty good weekend. In fact, the cryptocurrency skyrocketed 13% from Friday to Sunday.   Binance Coin had an even better weekend, with the cryptocurrency breaking the $300 mark on Saturday morn...

Dogefather Elon Musk has started decision-making polls on Twitter. It has been started to know the opinion of people about the return of suspended accounts. General Amnesty  Musk has now started a poll on the decision to offer a general amnesty for s...

What Is the Best Cheap Crypto to Buy Now? Under $0.1

Let’s take a look at more cheap crypto one can invest in during the cryptocurrency market recession. In this article, we’ll list an additional 10 best cheap crypto to buy now, that costs less than $0.1 per coin. In part one, you can find an overview...

After a strong drawdown in the previous week, the crypto market doesn’t please us with volatility. The market is in a state of consolidation. At this time, American banks predict a decline in the S&P500 index, regardless of the possible easing of pol...

Dogecoin is the future!

Dogecoin is a cryptocurrency that allows for fast, cheap and secure transactions. It is based on the blockchain technology, which means that it is decentralized and not subject to government or financial institution control. Dogecoin is also much eas...