Why I'm Betting on Enjin (ENJ) to Dominate the Gaming Niche 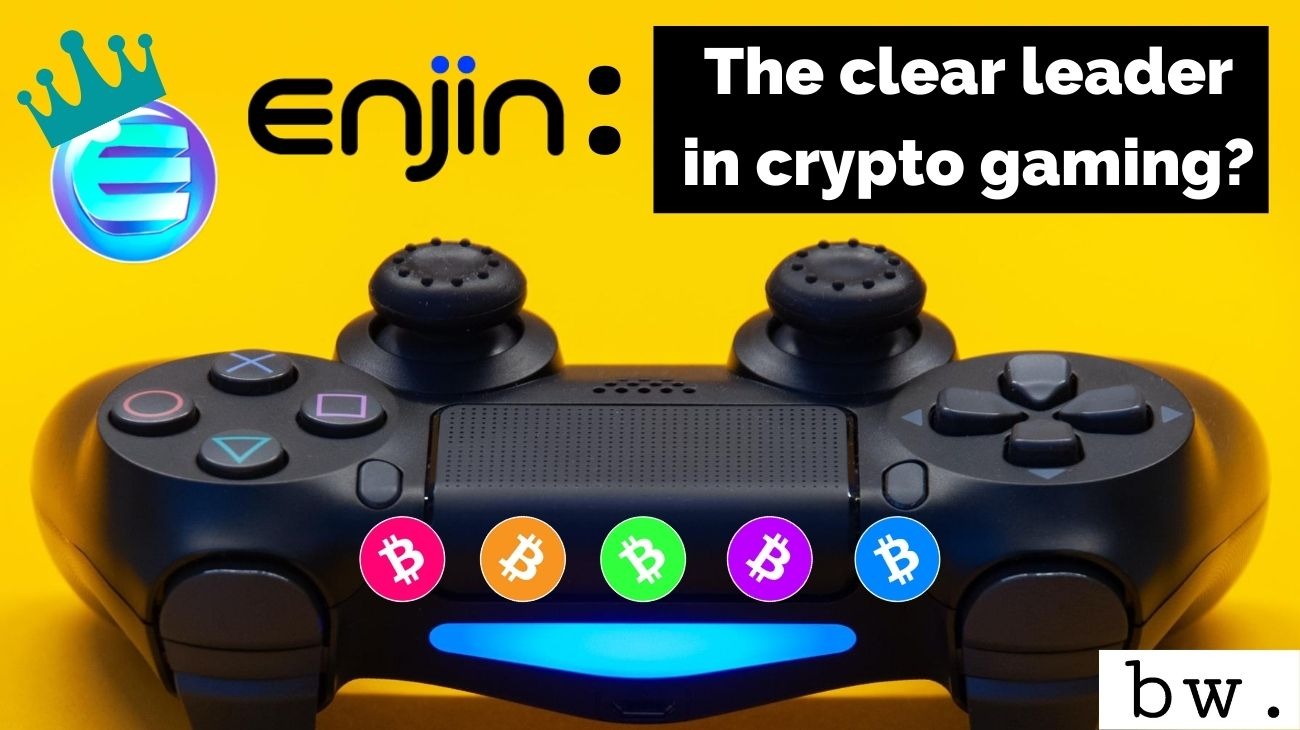 Why I'm Betting on Enjin (ENJ) to Dominate the Gaming Niche

If you read my recent post about how my newfound Clash Royale addiction has impacted my confidence in crypto's potential in the gaming field, you know that I've quickly become a massive bull on the future of blockchain gaming.

Rather than drag you through a list of all the different crypto gaming projects that are vying for the crown, I'll just cut straight to the chase:

Today, I'll be talking about why I believe Enjin (ENJ) will dominate, and why I've added it to my portfolio.

Enjin Coin (ENJ) is the cryptocurrency of the Enjin ecosystem, which is striving to become the universal currency of gaming.

Universal currency of gaming? What??

Basically, if Enjin's partnership roadmap is successful, gamers will no longer have to hassle around with the different kinds of made-up currencies invented by each different game, which hold no real-world value. (Good luck taking your Fortnite v-bucks or Clash of Clans gold to Chipotle). Once big-name video games connect with Enjin, gamers will be using ENJ across all of their different games, allowing them to earn, buy, and sell digital productss (think guns in Call of Duty, armor in Skyrim, or skins in Fortnite, etc.).

In addition, ENJ will be exchangeable with other cryptocurrencies, giving it a real-world value like we've never seen in the gaming industry.

This will create all sorts of fun opportunities for gamers of the future.

For decades, only professional gamers were able to make any sort of money in gaming, through competitions and/or sponsorships.

In recent years, a new swath of gamers has been able to monetize their gaming through means such as Twitch or YouTube streaming.

I believe the next step in this progression of the gaming industry will be FAR bigger. If Enjin succeeds, ANY gamer that is good at their favorite game could earn Enjin by dominating noobs all day, then trade that coin for Bitcoin or any other real-world currency at the end of each session!

Pretty freakin' cool idea, right? It kinda makes me want to dust of the 'ol Xbox just thinking about it...

Like all gaming coins, it's been tough sledding to gain blockbuster partnerships from game developers.

Think about it...if you're EA, and you're successfully vacuuming up millions of dollars from gamers for in-game purchases, why would you want to decentralize that wonderful moolah monopoly you've got going on? It's a conflict of incentives just like we've seen in the financial side of crypto, but just like we've seen for Bitcoin, it only takes one big dog to bite before the dominoes start-a-fallin' (*cough*Grayscale*cough*).

Until the EA, Activision, and Blizzard-level partnerships arrive, there are other clues of ENJ acceptance to whet our whistle in the meantime. Look no further than their partnership with Bidali, which allows Enjin holders to spend their ENJ on gift cards from big name brands such as Amazon, Xbox, PlayStation, iTunes, Google Play, and more than 100 other household names.

Not too shabby for a coin that's barely off the starting line for their true value proposition (gaming).

So, what makes Enjin the top-dog in the crypto gaming race? 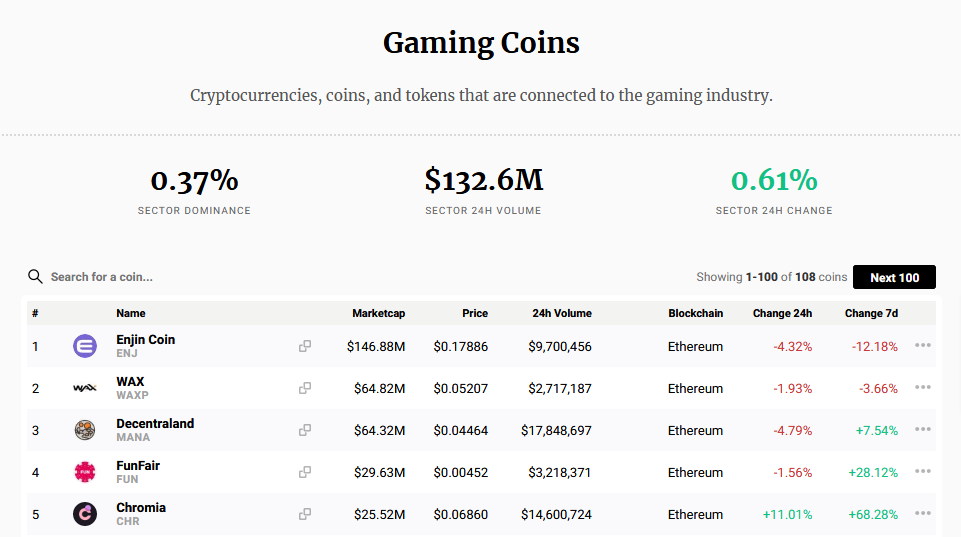 Enjin is far and away the top coin in the blockchain gaming niche, as it has been for years. While I do see the intrigue in Wax and Decentraland, I'll need to see more from them if I'm going to invest any capital into those projects.

As a long-time fan of disruption investor Chamath Palihapitiya, I share this lesson of his: Buy the category winner.

"You can find all kinds of clever ways of slicing and dissecting things...one of the best decisions you can make is to buy the category winner, and hope that the whole category does well. Because as long as the category winner stays on top of the category, they will get the disproportionate amount of the gains."
-Chamath Palihapitiya

So while market cap should never be the only metric you use when selecting your investment, in this case, it speaks volumes on Enjin's long-standing dominance for the future of blockchain gaming. We're already talking about a niche-within-a-niche here, so give me the clear leader all day.

What's next for Enjin?

All crypto projects benefit from strong marketing and user adoption, but this is especially important for Enjin. Since the legacy gaming industry has such a strong foothold in their different make-believe currency systems, we'll need strong developers to step up to the plate, and make some quality games in the Enjin ecosystem that people will thoroughly enjoy and share with their friends.

Thankfully, the ascending blockchain gaming space has been reaching some exciting milestones recently. One example is Enjin-based mobile game "War of Crypta," which recently hit the big-time after being featured on the massive, 15-million-subscriber YouTube channel SSundee:

As a result, War of Crypta briefly passed PUBG as the #1 strategy game on the iOS app store!

As long as strong games like this one continue to emerge from Enjin's platform, gamers will become more familiar with the Enjin brand, and its long-term potential. This will bode very well for the future of the coin, and make for some happy ENJ investors!

I'd love to hear your thoughts on Enjin. Will you be:

Don't be shy! Spill your thoughts in the comments below.

Unstoppable Domains - Claim your name in the future of crypto payments and decentralized websites (Referral bonus: $10 off your first order!)