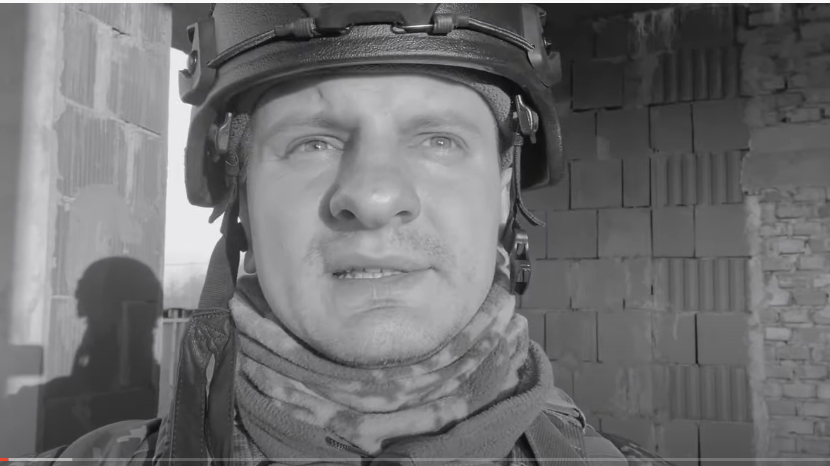 Europe will be next. Truth about russian invasion in Ukraine. Text Version

Hello everybody! I am Yevgen Karas from Ukraine, a serviceman in the Ukrainian Army.

What I want to tell to foreign people from Europe and other countries, why you need to support Ukraine. Because generally, our war is not only about Ukraine and russia. First it was Georgia, then it was Ukraine and again Ukraine, and now we know about plans and some ideas of russia to attack the Baltic countries: Latvia, Estonia and Lithuania, and also we hear about the plans for some aggressive actions against Poland. It's not only fantastic and some kind of “russian art”, it is a practical look at how the occupation takes place, because when putin established total control over Belarus, he brought the russian troops there. Such actions became the starting point for the invasion of Poland and making some provocations.

We see that russia don't care about some logic or people’s mind of the countries it invaded because nobody wants to see russian forces in Ukraine, so they are doing the occupation according to the Syrian scenario with the total destruction of civilians, cities in order to put pressure on government of Ukraine, and get better results in what I call “trade talking” with Ukraine to stop the war.

Russia will not see any opportunity to occupy Ukraine because they are totally sucked from our forces, from of our country, our people, our volunteers. Now, they want to destroy many more civilians in order to force our government, not to capitulate, but to conclude a peace agreement with points that are negative for Ukrainians.

Why am I talking about this so much, because the same scenarios will be used in the Baltic countries and Poland. If you think that russia can’t occupy, it can’t occupy Ukraine either, but they will do a lot of damage to civil people to put pressure on the government of Poland, the Baltic countries, and thus get some positive moments for their diplomatic victories.

They only have armed forces and corruption and a huge amount of stupid people. So tanks and stupid people are russia's main resource. Russia is a big country, and even now, when we have destroyed almost half of their attacks and groupings of troops, I need to tell you that the groups of russian forces in Ukraine consists of all the best troops from all over russia, even the police special units from territories located near China and Japan, they gathered all their forces from all over russia and they attacked Ukraine and we destroyed half of them, they have now stopped on all directions of attack.

But they still have a lot of stupid people and some reserve of the armored vehicles and they may be a threat to other countries, not as a real military threat but like some kind of psychological war. The main power of russia is only their weak armed forces and their psychological operations. They want us to be scared, they think that if they attack the Baltic countries, Poland, then all the people from NATO, all the people from Europe will be scared: “Oh no, oh no putin will take Paris, putin will take London” but this is not true. They do not even have a chance to take Warsaw, but the psychological war of the russian security special troops will cause great damage to the consciousness of the people of European and Western countries.

You need to know there is no reason to be afraid, but you need to take a war in your heart and defend Europe, defend from the new Genghis Khan, the new horde of the barbarians and this, in my opinion, a very good mission for the modern men and you can have a very interesting journey in your life.

Of course, we will have some losses, of course, we will have some great casualties but this is a holy war and we defend our land, and we defend our land not from some great and progressive empire but we defend our land from the zerg rush. This is absolutely stupid shit and we need to stop them. Also you will need to do this if they will try to make some destabilization in Europe. They have already tried to do it, because if you know the country near Croatia and Serbia - Montenegro, then in 2017 they were already trying to organize a rebellion. They had a group of special forces that planned to take over the government of this country, but the rebellion was destroyed by security forces of Montenegro. They have already tried to bring some destabilization in some countries of the Balkan region.

With a clear heart, you can support Ukraine, because, in this way you support the whole Western civilization, you will support the good people that are struggling against bad people. Now the situation is very clear.

If you have questions about Ukraine, I have some degree in political analysis. I also read some American sites, some resources that do analysis of the geopolitical situation, so I will try to give you as deep answers as possible to the question you are interested in.

Sorry for my English, but I understand that the main thing is that Russia is losing on the battlefield now, and all their missiles and their aviation bombers are not attack the forces, because they can't do that, because we still have a great air defense system, but they attack civilian cities. They want to sow panic and they want to show that they are a wild horde that will bring death to all the land they come to. So the psychological war continues, it is their general front, where they are trying to have some wins instead of defeats and great losses on the real battlefield.

You don't need to be afraid of russians, you only need to be brave and you will have a victory. If Ukrainians can resist all the best russian troops, then if we are united with the countries of Western world, russians will have no chance. When we defeat Putin and this barbaric horde, it's not a loss of their money, it's an increase in our money, because if we stop this threat, we can make better use of our resources, our economy, and some really important things like new technologies to create something that we live for, not for war, but to create a new era in Ukraine. So do not be scared, support us! We will fight evil.