Bitcoin Is The Original DeFi 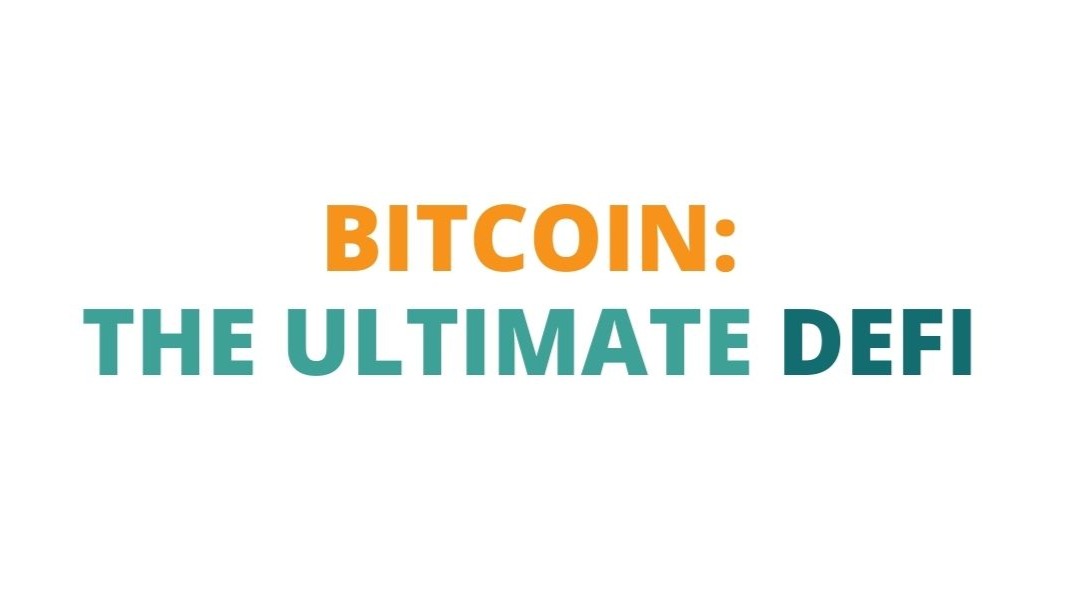 Bitcoin Is The Original DeFi

There’s no doubt that DeFi is all the rage in 2020 and there’s been a lot written about it already. An acronym for Decentralised Finance, the word refers to any business solution that brings a decentralised working model to finance and commerce. Decentralised means that there’s no single authority to control or dictate how actions or tasks are being performed and that the governance of transactions or other financial-related actions is being distributed between a vast network of independent participants, all following a set of rules guided by computer code. This may be in the form of smart contracts or other blockchain-based operations.

It seems like 2020 is the year when every new company or project in the crypto space is a DeFi project, but in fact DeFi began with the invention of Bitcoin.
There’s been so much written about Bitcoin already and it is unlikely that you haven’t heard of it yet. Especially if you’re interested in cryptocurrencies in the first place, but let’s dive into more detail to see how Bitcoin is the ultimate DeFi.

In the Bitcoin Whitepaper, the cryptocurrency is described as a form of digital cash: encrypted, secure, Byzantine Fault tolerant.

For digital money to work, it needs a demand in the form of eCommerce, i.e. online trade, which only began in the second half of the 1990s. It was a slow start, but toward the end of the following decade, eCommerce had established itself as the fastest growing sector in many of the western economies. The likes of eBay and Amazon had taken over many of the conventional businesses and every major store had begun selling online, some more than others, while those who failed to capitalise on the trend simply went into liquidation (ToysRUS and HMV are prime examples of such failures). Paypal became the most used digital payment processor and a bunch of copycats followed in the late 2000s opening the door to more and more online trade and subsequently, higher digital transaction volume.

But back to the previous decade. The 1990s paved the way for eCommerce and saw the early attempts of creating digital money.
In 1989 there is an attempt at creating virtual money called DigiCash. The project didn’t take off and was shut down after a few failed attempts. Then in 1996 comes another attempt, this time in the form of e-Gold. This one gained over a million active users, but it drew the attention of hackers and the US financial regulators shut it down. Its founders found themselves in complex and costly court battles ending in jail-time.

Both these systems share one major point of failure – centralised management – which makes them vulnerable to hackers and government pressure. Founders who can be identified as real persons may be preventively arrested by the authorities of their respective governments who wouldn’t allow their money systems to be challenged, weakened or replaced.

As a direct descendant to both Digicash and e-Gold, Bitcoin comes with upgraded solutions to the previous hurdles. It offers a direct peer-to-peer transactional system, run by a network of nodes (computers) that share the whole database with a publicly verifiable record of that data. This is the decentralised nature of the network. Furthermore, there is another key element to secure the network against corrupt entries, double-spend or falsifying transactions. The Bitcoin White Paper outlines the core specifics which ensure that the network is safe, impossible to hack and maintains privacy while staying transparent. Without going into details of these specifics, I can safely say that they all contribute to why Bitcoin became the first successful digital cash. In addition to that, the founder kept his/hers anonymity by using a pseudonym and a few short years its launch, he/she disappeared, leaving the network to grow organically and by mutual consensus, thus creating the ultimate decentralised system.
This marks the beginning of DeFi and it will lead to an explosion of DeFi projects and cryptocurrencies that dominate the market today.

For a complete list of the Defi projects and cryptocurrencies, check out my free spreadsheet:
“The Defi List” here.

Vlogger, author, content producer since 2015. I have been investing and trading cryptocurrencies since 2016 and I've dedicated much of my time to teaching and helping grow the crypto community.