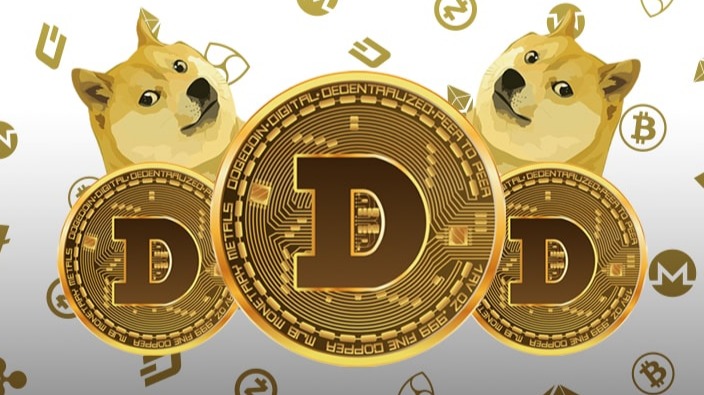 Doge To The Moon

With crypto market going upside down for the last 2 days, there seems to be one coin that is moving upwards exponentially. Ever since Elon Musk tweeted about being the DogeFather the world went after dogecoin like crazy, explains how powerful is Musk.

From being traded at 0.2 cents now the coin is worth 0.49 cents and it is expected to rise up to 7 or 8 cents, some sources say it may even reach 1 dollar mark.

After the jumping in of so many celebrities' in Doge, its market price is now more than Honda Motor Company. 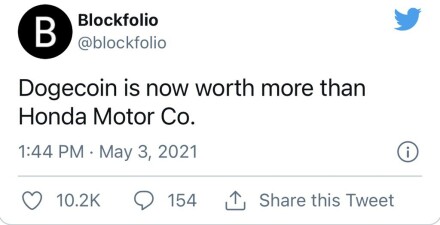 Its not bad for a coin that was developed as a joke way back in 2013. In this situation how could the internet hold back, right now twitter is being flooded with hashtags and memes in favor of doge coin 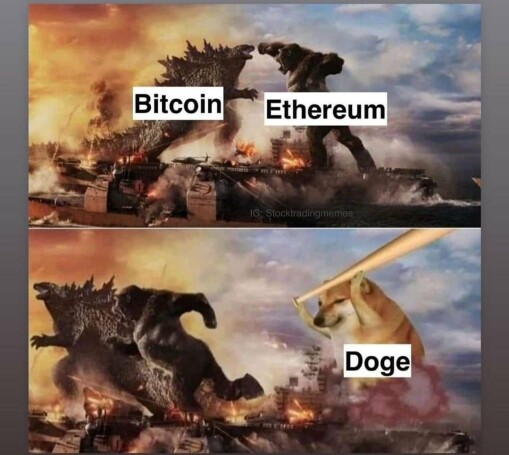 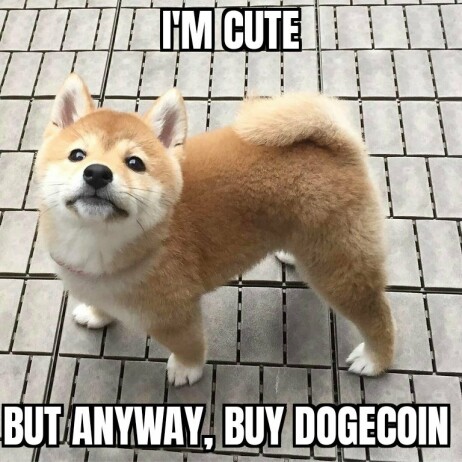 After Travala has announced that it will be accepting Doge coins for payment method, it is also one of the reasons doge is increasing in price, some people are saying that it will beat XRP very soon, well , who knows, we might be seeing it this week maybe? With the increase of 77.3 percent, we can be expecting anything. Doge has increased its price up to 250 percent since April 23, 2021

So, lets wait for Saturday Night Live on 8th May and see what Elon Musk has to offer, along side with Miley Cyrus, by the way which both of them have a huge and loyal fan following, we can be seeing Doge going to the new heights. Maybe Elon will announce that Tesla is going to accept Doge as a payment method? Most probably, Yes.

Hi, I am a Software Engineer by profession with interest in crypto market.

In this blog we will be discussing about latest news and opinions about crypto currency, its market ups and downs, the big fishes of the market and technology oriented and innovative posts.