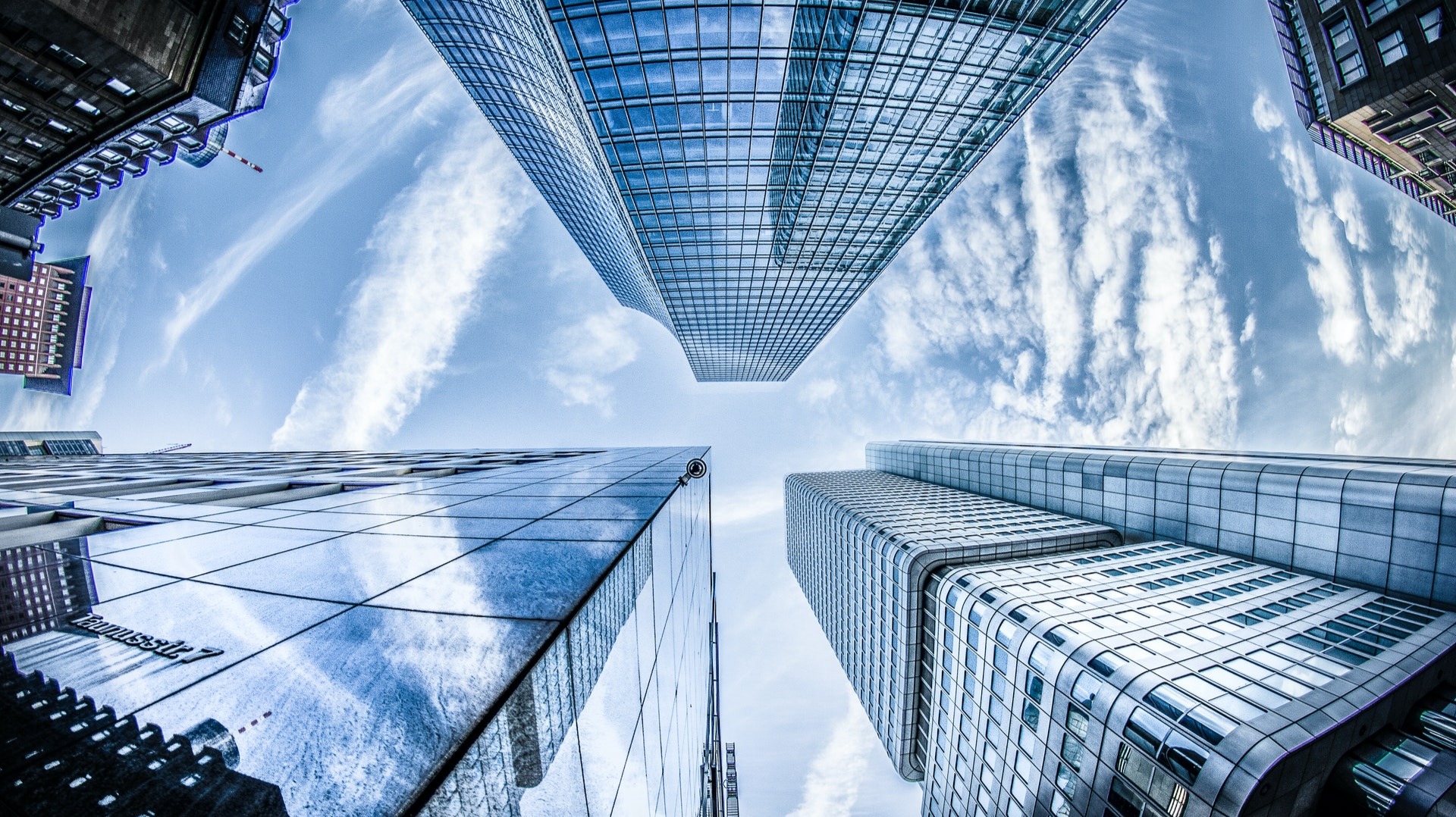 Top 20 Construction Projects to Watch in 2020

Photo by Philipp Birmes from Pexels

The event's opening ceremony was set for October 2020 with more than 130 nations showcasing the best in global developments. The 2020 expo hosts 190 pavilions across 1,083 acres between the cities Dubai and Abu Dhabi. The Campus is designed by the best known architects from around the world to showcase their sustainability in design. The expo is expected to welcome more than 25 million visitors over 6 months. 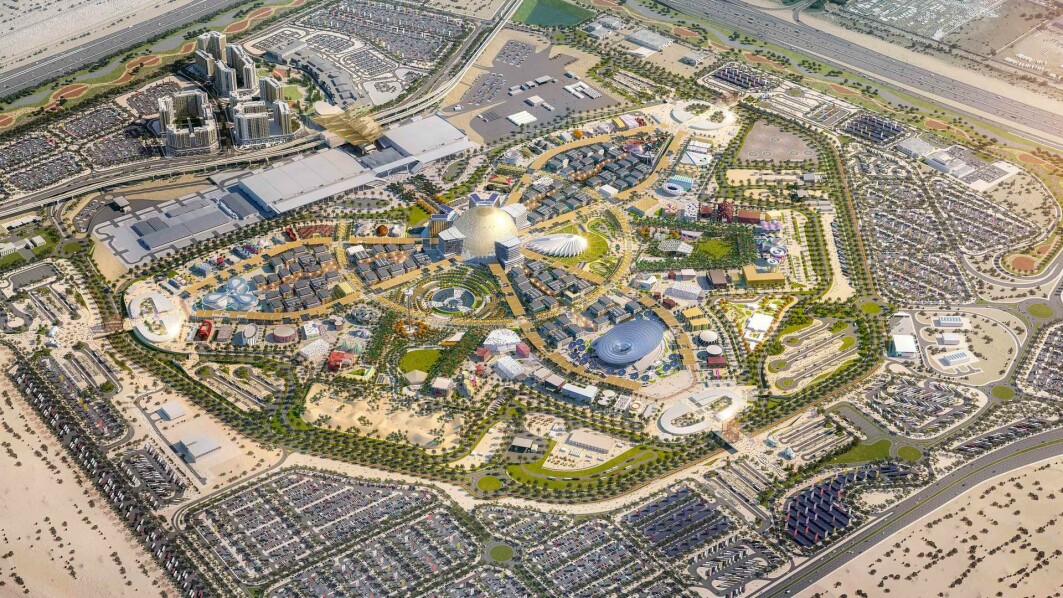 The tower is situated on the corner of Bourke and Spencer street in Melbourne, Australia. The building is developed by the Fragrance Group and costs around $350 million Australian Dollars to construct for 78 stories, standing 249 metres high. It is said to become one of the tallest buildings in Melbourne. The building comes to life with a sensual flow that sets a new bar for urban architecture. The building consists of more than 660 residences in 1 - 2 bedroom configurations with prices starting from $693 740.00 Australian Dollars.

Located in Paradise, Nevada, United States - it serves as the home of the National Footbal League Las Vegas Raiders and the University of Nevada, Las Vegas Rebels college football team. Construction began on November the 13th, 2017 and the take-over certificates were issued on 31 July 2020. The first event is scheduled to happen on 21 September 2020 in a match between the Raiders and New Orleans Saints. It is a 10-level Dome Stadium with a transparent ETFE roof. The venue is also set to hold various concerts in the future. 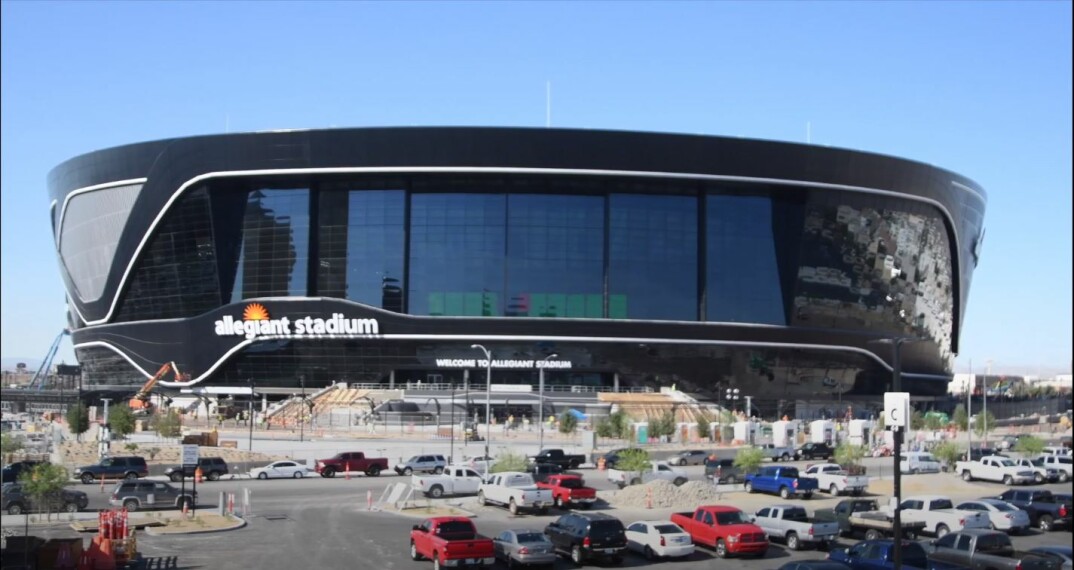 The Central Park Tower, also known as the Nordstrom Tower is a supertall residential skyscraper developed by Extell Development Company and Shanghai Municipal Investment Group. The tower is located in 57th Street on Billionaire's Row, rising 472m into the atmosphere to be the second tallest skyscraper in the United States and the Western Hemisphere. It is the 15th tallest building in the world and the tallest residential building in the world and the tallest building outside Asia. The building was designed by Adrian Smith & Gordon Gill Architecture. The building contains 179 condominiums starting on the 32nd floor with an average span of 460 square metres with open layouts and floor-to-ceiling windows overlooking Central Park. 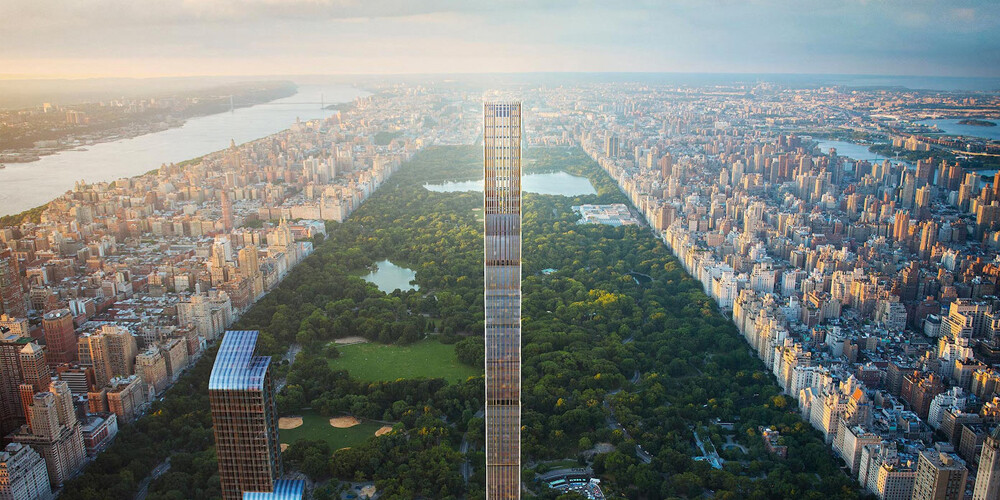 The stadium was opened in August 2020 and serves as home of the Los Angeles Rams and Los Angeles Chargers of the National Football League. SoFi stadium is another project designed by HKS to host 70 240 spectators and can expand for an additional 30 000 seats for larger events. A special feature of this stadium is the "Oculus" - a 4K HDR video board suspended from the roof over the field with a display of over 80 million pixels. The stadium was built privately with a total cost of $ 4,963 billion USD, making it the most expensive sporting venue ever built. 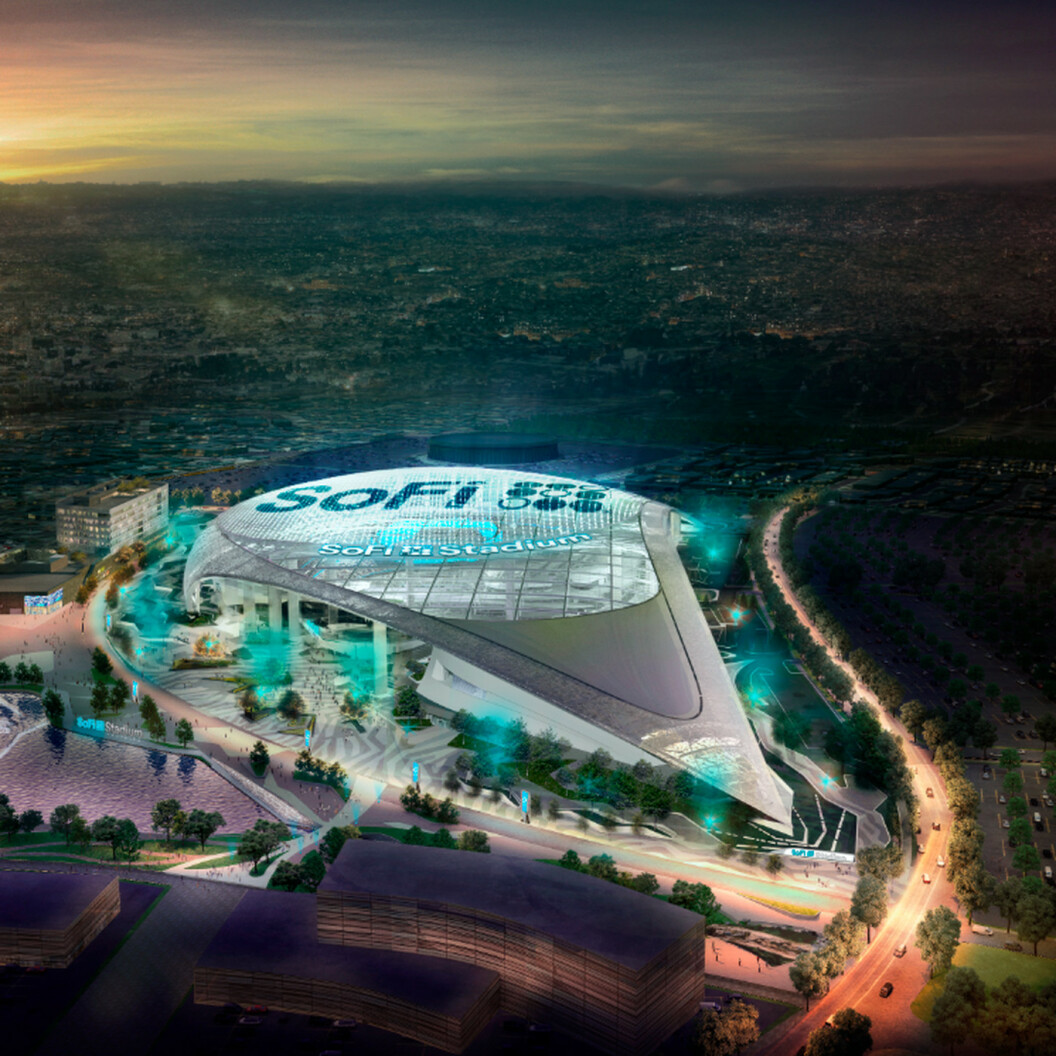 Australia 108 is a supertall residential skyscraper. The building is developed by Aspial Corporation - a Singapore-based jewelry and property development company. It consists of 1 105 apartments over 100 floors designed by Fender Katsalidis architects. It is the Southern Hemisphere's only building with 100 levels. The top floor consist of a single penthouse, making it the tallest home in the Southern Hemisphere. It was sold for $25 million Australian Dollars to a Chinese businessman. 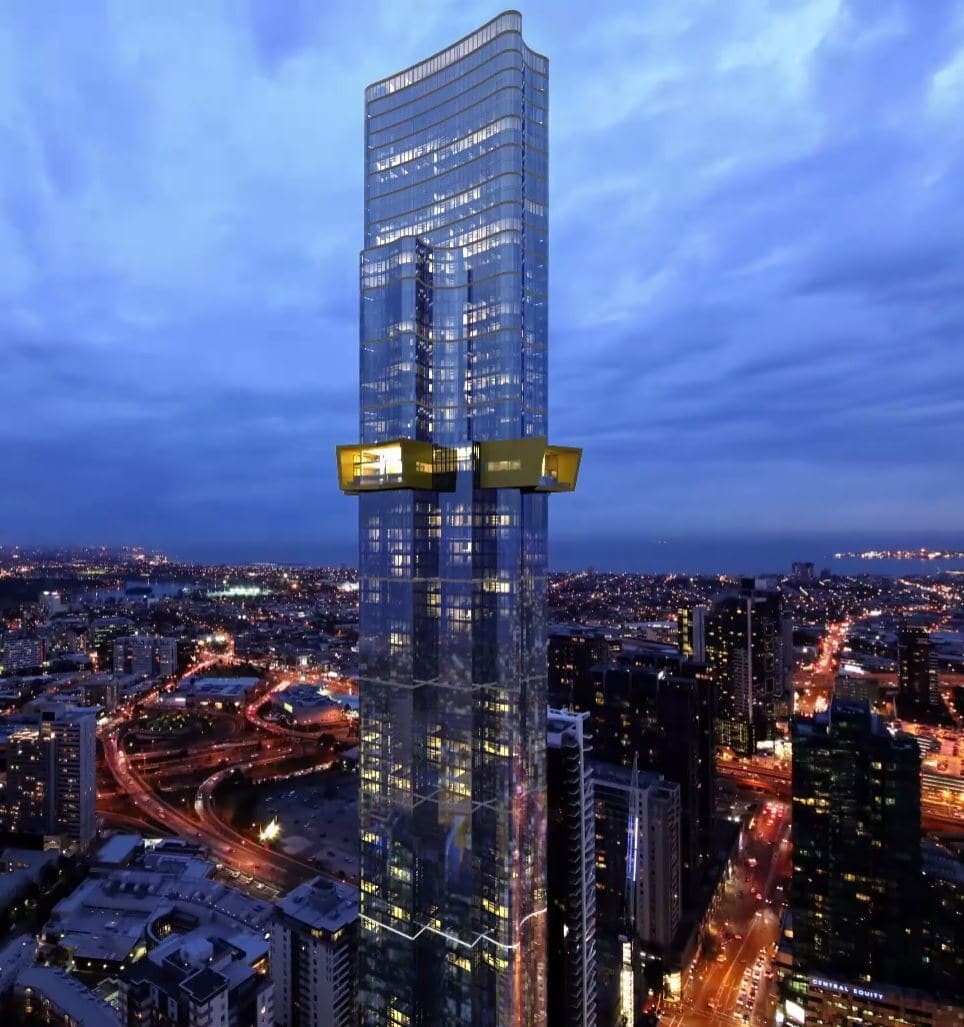 The stadium will be used as the main stadium for the opening and closing ceremonies as well as track and field athletics during the 2020 Summer Olympics. Construction of the new stadium began on 11 December 2016 after the old one was demolished. It expected to accommodate 60 102 visitors for the Olympic Games. Construction costs amounted to $1.4 billion USD and the building is owned by the Japan Sports Council.

A casino and hotel under construction in the Las Vegas Strip in Winchester, Nevada. The building is planned to open in the summer of 2021. With a cost of $4.3 billion USD, Resorts World will be the most expensive resort property ever developed in Las Vegas. It is a 59-story hotel with 3500 hotel rooms, a nearly 11 square kilometres casino, a 5 000 seat theater for musical performances, 33 square kilometres of meeting and banquet space, 6,5 square kilometres of retail space, a 20 square kilometre pool complex, a 2,5 square kilometre Lania Spa, a $3 million USD Crystal Bar, various restaurants and a food street, including a Poker Deli. 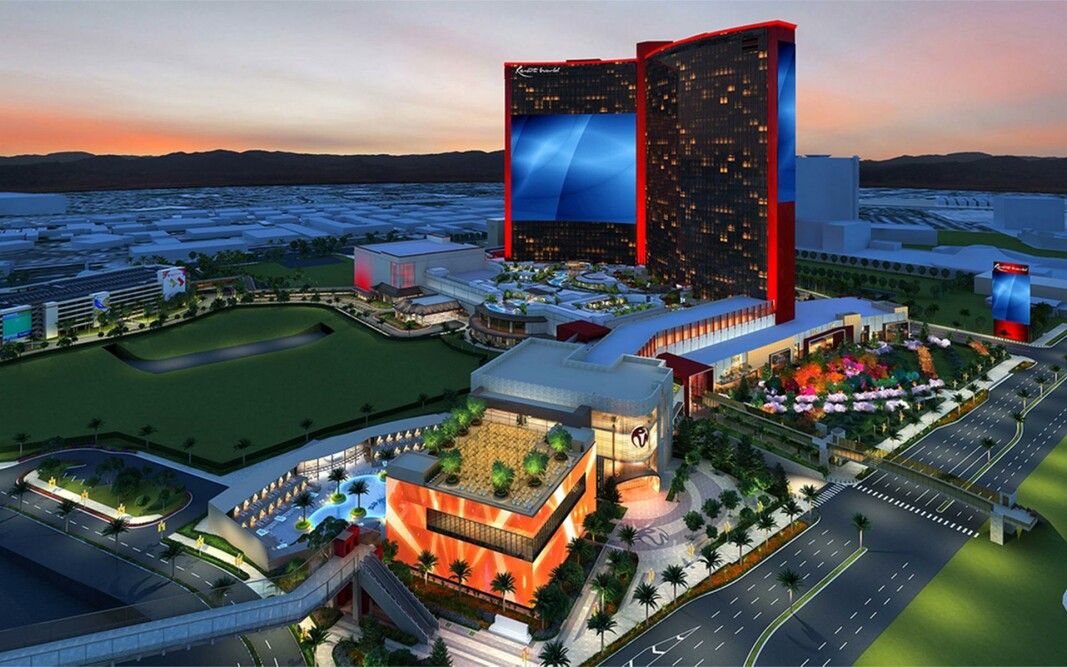 The PWC Tower in Milan, also known as Torre Libeskind, was designed by Studio Libeskind and features characteristic curves similar to the PWC Tower in Johannesburg, South Africa. It is one of three iconic high-rise buildings in the city's business district in new grand central park. PriceWaterhouseCoopers will become the single tenant of the Libeskind Tower, housing 3000 professionals and 500 staff. Construction began in 2016 with completion expected in 2020. PWC Tower is on the left. 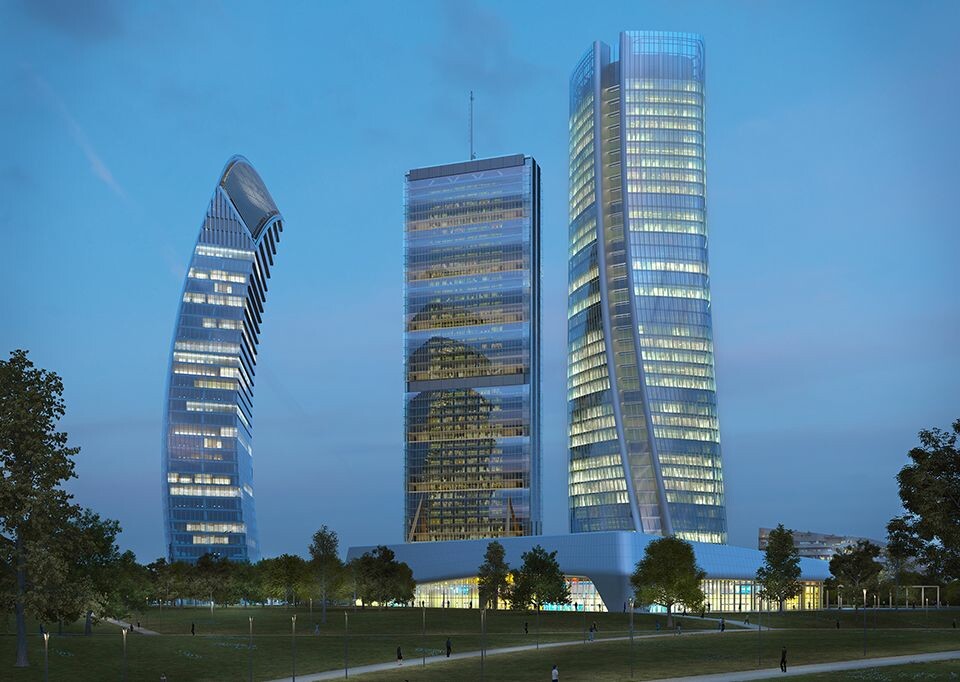 The anti-clockwise street circuit comprise of 23 turns over 5.613 kilometres designed by circuit architect Herman Thilke. Construction of the circuit was completed in February 2020 with a purpose-built layout making it open to the public. It features one of the longest straights on the calendar at 1.5km at length. Hanoi street circuit was inspired by Circuit de Monaco, Suzuka Circuit, Sepang International Circuit and the Nürburgring. 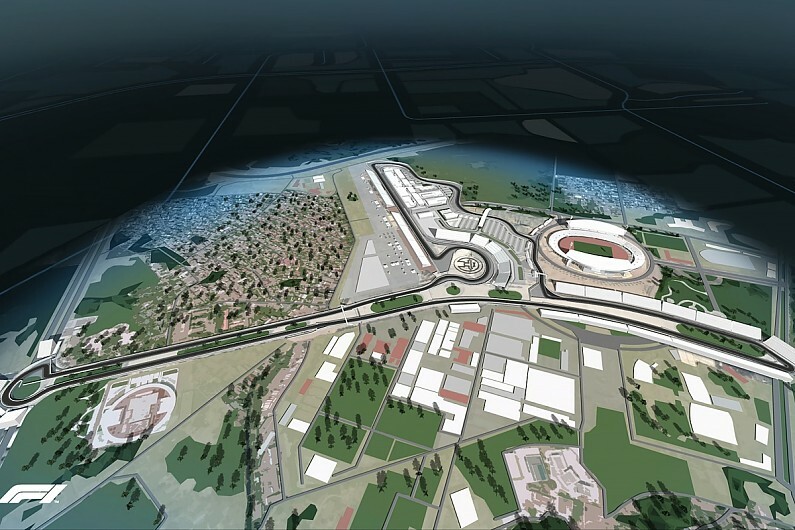 The stadium is nicknamed the "Arc de Triomphe" and will be the national stadium of the Ivory Coast national football team. The Beijing Institute of Architectural Design will construct the building to accommodate 60 000 spectators, making it one of the biggest and most modern stadiums in Africa. It is expected to host the opening ceremony and final of the 2023 Africa Cup of Nations.

Twentytwo is a commercial skyscraper set to stand 278 metres tall with 62 storeys. The building was originally designed by Kohn Pedersen Fox, Coldwell Banker Richard Ellis and Union Investment with the concrete central core of the original design completely removed and construction of the new building commenced in January 2016. The tower will provide approximately 120 square kilometres of office space and 4 square kilometres of restaurants, retail outlets and viewing galleries. The building is a vertical village built to support and nurture 12 000 inhabitants. The gym features a double-height climbing wall and a high-altitude room. Opt-in facial recognition technology removes the hassle for staff entry and QR entry codes sent with visitors’ meeting invitations render the reception desk queue redundant. 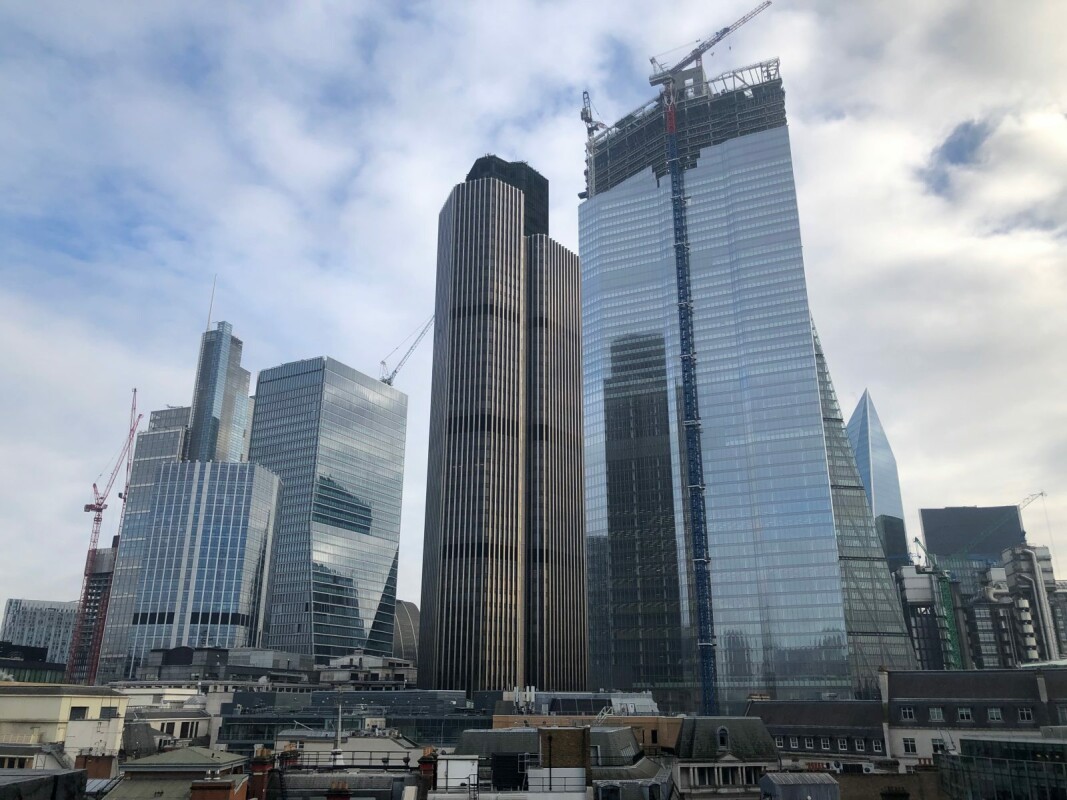 'Torres Obispado' is Spanish for Bishop's Towers. Construction began in 2016 and completed in 2020, making it the tallest building in Latin America at a height of 305.3 metres situated in Monterrey, Mexico. The building was designed by Mexican architect Pozas Arquitectos and built by Postensa - the Main Contractor on the project. The building consists of 64 floors above ground and 3 floors underground with a total floor area of just above 63 square kilometres. 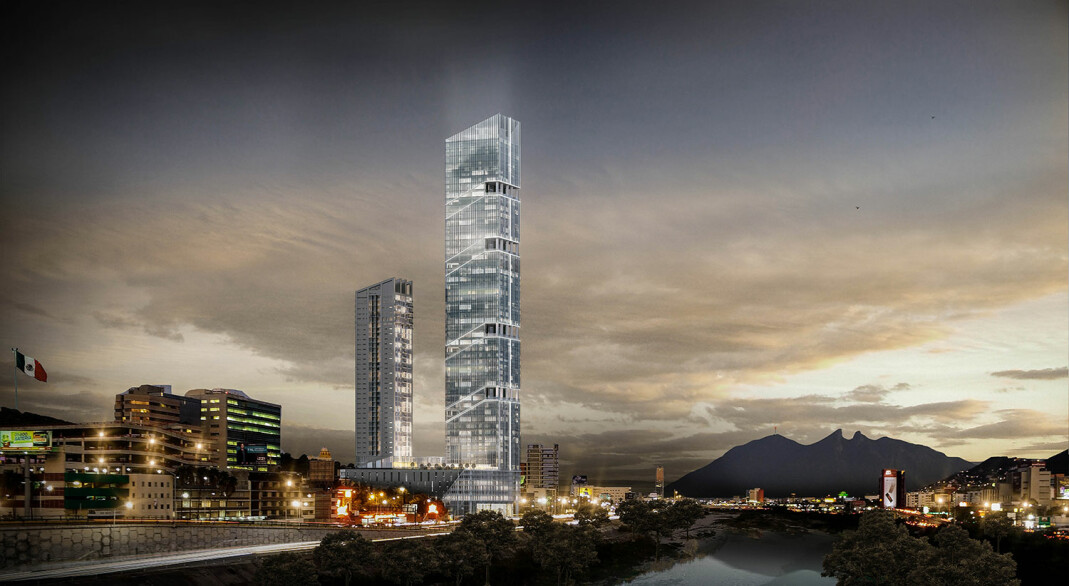 Vista Tower will become Chicago's third tallest skyscraper upon completion at a height of 365 metres and will also be the tallest building in the world designed by a woman. Jeanne Gang from bKL Architects also designed the Aqua building nearby, making it the two tallest structures in the world designed by a woman. The estimated construction costs amount to $1 billion USD. Coupled dual-core shear-wall assembly connects the three buildings for wind resistance. Six tanks holding more than 1 500 000 litres of water counteract the movement of the wind. The building has 101 floors with a floor area of 131,4 square kilometres. 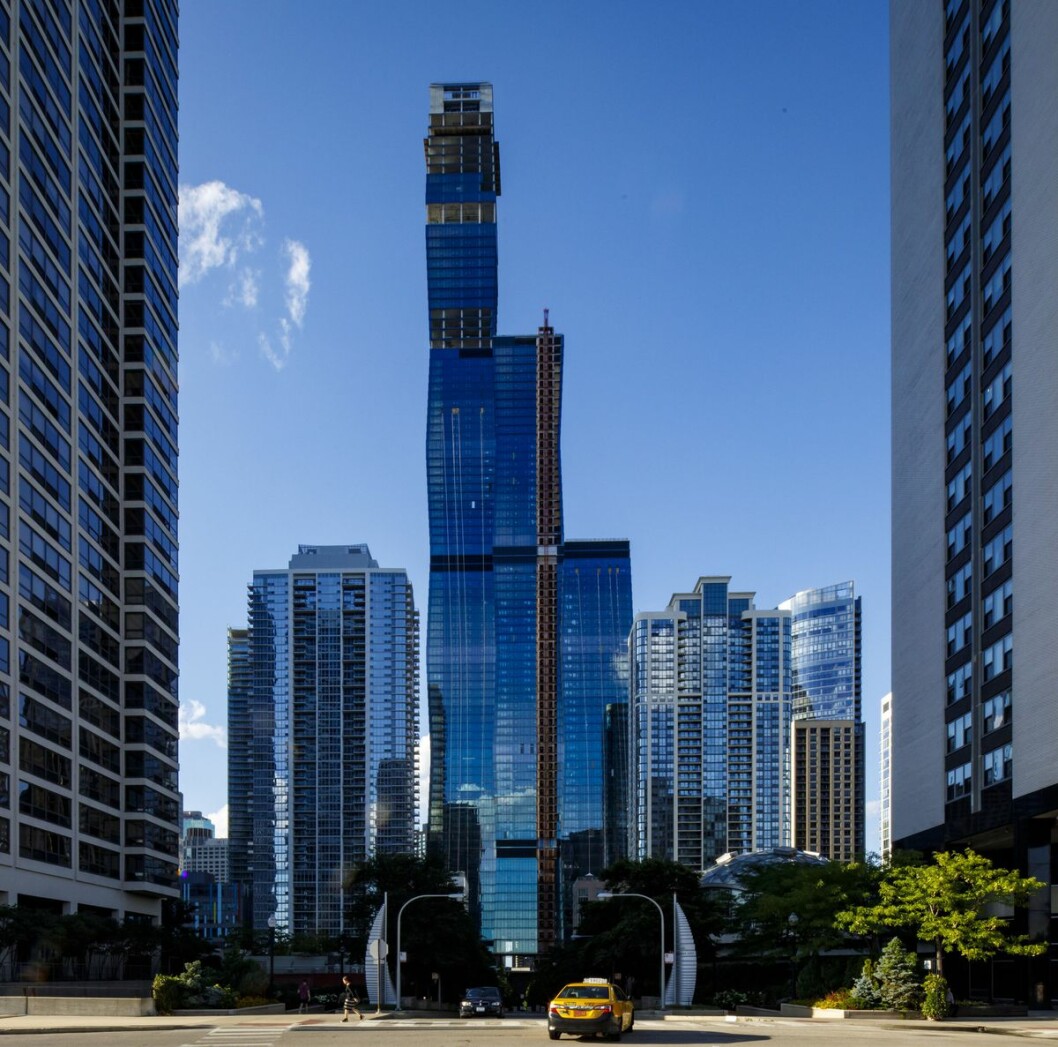 The 74 metre wharf was built over 18 months with 4500 tons of equipment shipped over 11 000 kilometres from the United Kingdom. The new wharf enables the RRS Sir David Attenborough ship to bring vital supplies and ship people to Rothera Research Station. The new wharf is part of the long-term Antarctic Infrastructure Modernization Program (AIMP). 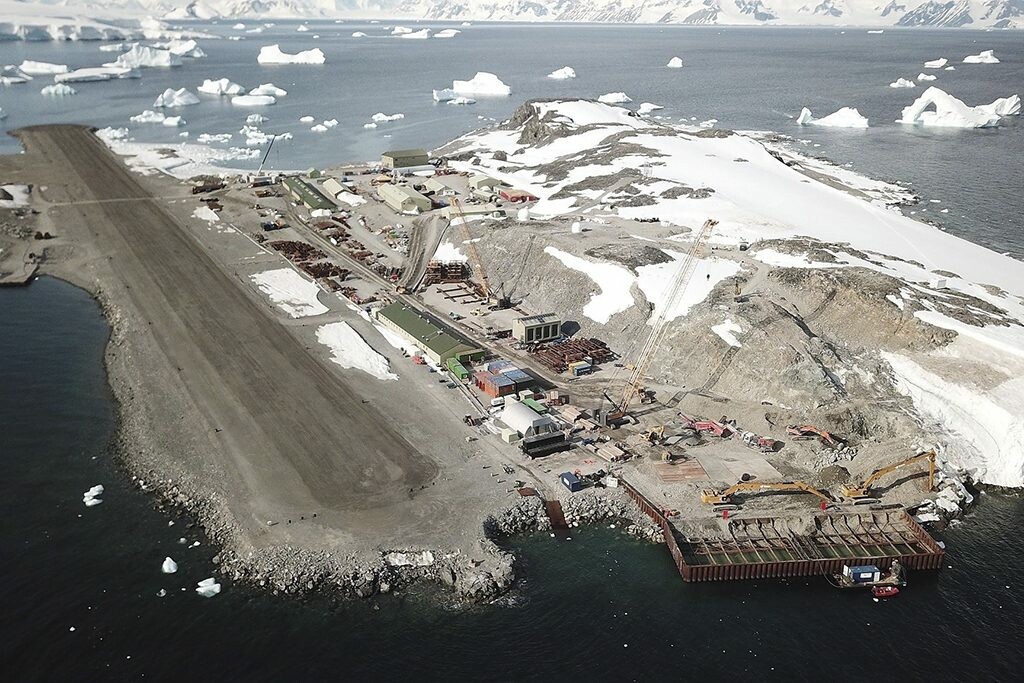 The Varso Tower was designed by Foster and Partners and developed by HB Reavis. Upon completion it will be the tallest building in Poland and the European Union at 236 metres roof height and 53 floors. The total floor area is 140 square kilometres with Skytop Restaurant & Bar at the 46th and 47th floors. The building is surrounded by the Varso 1 and Varso 2 building with all buildings interconnecting on the ground floor level with the Warsaw Central Station. 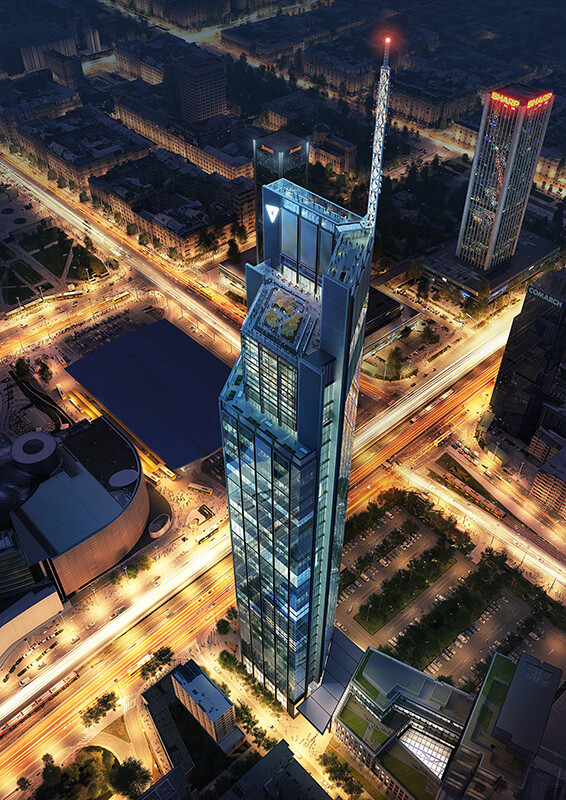 The twin tower complex of the Yachthouse Residence Club is located in the city of Balneàrio Camboriu, Santa Catarina. Both towers are 281 metres tall expected to open in December 2020 after 6 years of construction. They are the tallest buildings in Brazil with 264 residential apartments over 81 floors featuring 17 Schindler elevators of which 10 elevators will be the fastest of its kind in Brazil. Residents at the top floor will reach their destination in 45 seconds from the ground floor. 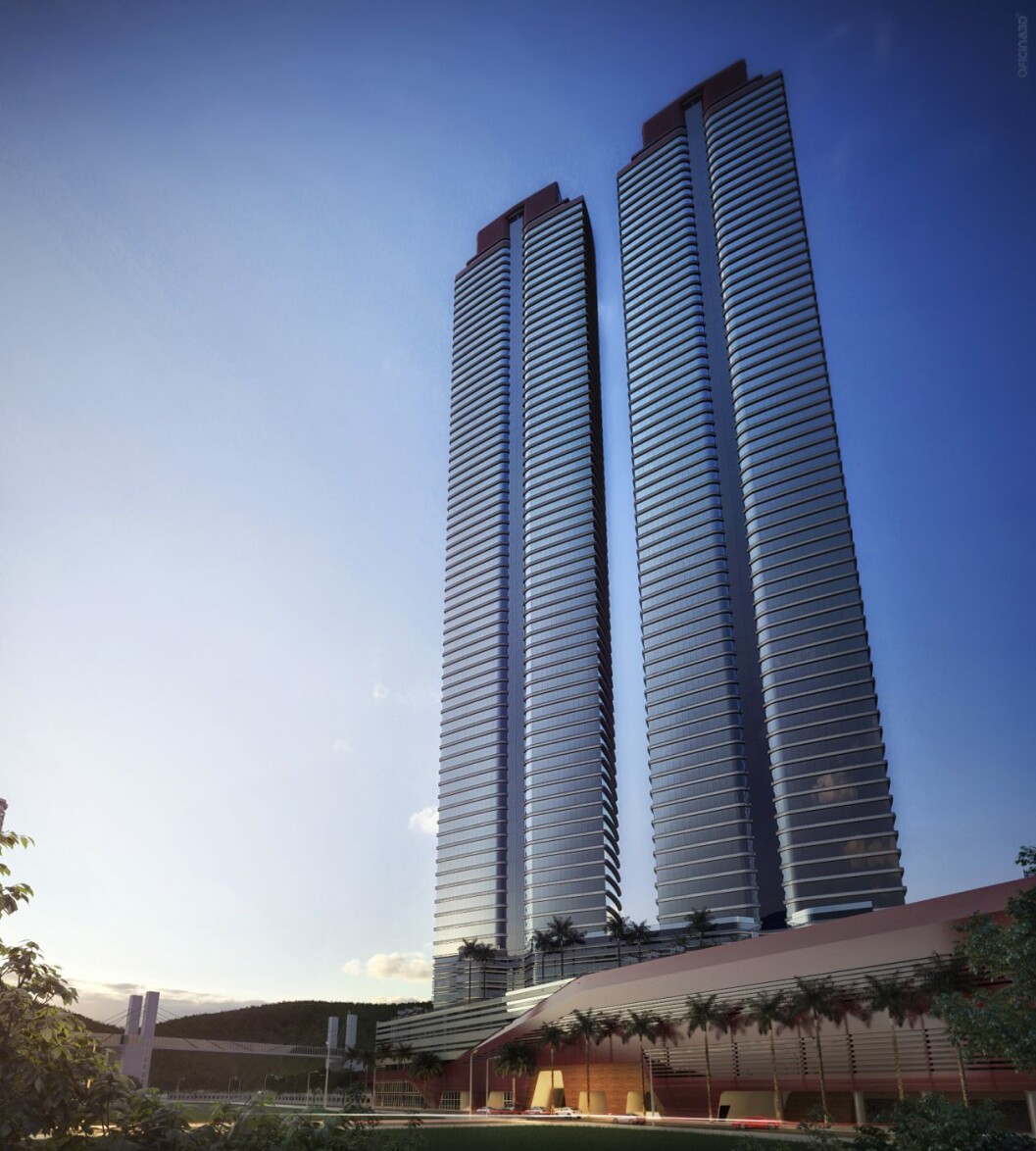 The skyscraper will become the tallest building in Ethiopia at 198 metres and serve as the headquarters of the state-owned Commercial Bank of Ethiopia. Construction started in 2015 and became architecturally topped out on 11 November 2018 with 46 floors and 150 square kilometres of floor space. The Main Contractor is China State Construction Engineering Corporation (CSCEC) and the building was designed by Henn GmbH, an international architect firm based in Munich, Berlin. 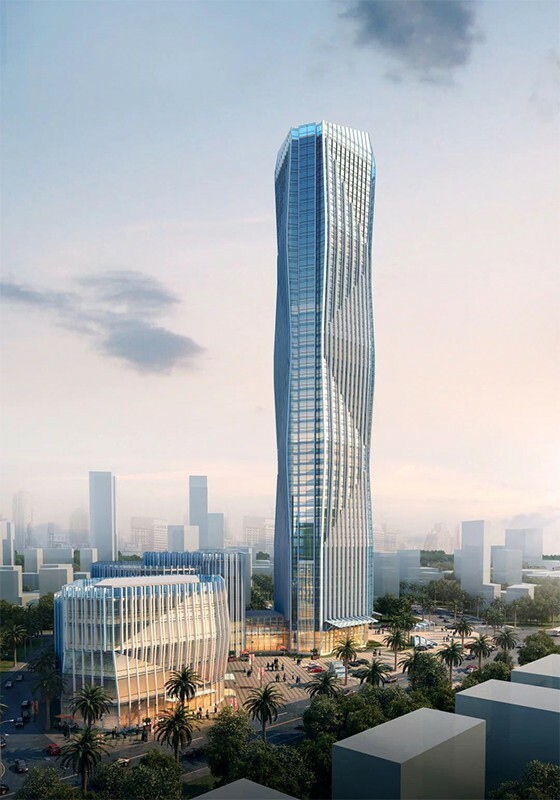 The bridge is planned to cross the Han River in South Korea to connect the Mapo District and Yeongdeungpo District. Construction began in March 2010 and expected to open in August 2020 after ten years of construction. It is a six lane wide cable-stayed bridge stretching over 1.9 kilometres. The bridge also has a two-way bicycle-only lane. The initial estimated cost was around 360 billion won. Construction of this bridge was tendered to alleviate traffic from two adjacent bridges. 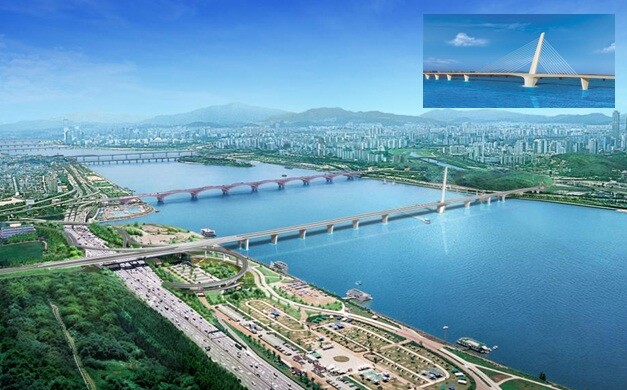 This YouTube video belongs to its creator. The author owns no intellectual property contained in the video and all credit for it goes to theB1M YouTube channel.