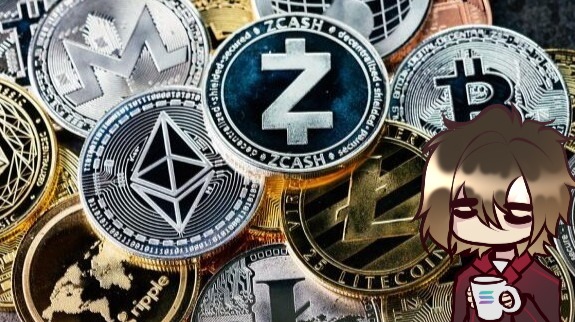 Users have an incentive to both watch network content and share network resources, as rewards come in the form of TFUEL tokens.

The platform is open source, and token holders receive governance powers as with many proof-of-stake (PoS)-based blockchain ecosystems.

Aave has several unique selling points when compared with competitors in an increasingly crowded market. During the DeFi craze in the summer of 2020, it was one of the biggest projects in terms of the total value of crypto locked in its protocol.

The project allows people to borrow and lend in about 20 cryptocurrencies, meaning that users have a greater amount of choice. One of Aave’s flagship products are “flash loans,” which have been billed as the first uncollateralized loan option in the DeFi space. There’s a catch: they must be paid back within the same transaction.

Another big selling point is how those who borrow through Aave can alternate between fixed and variable interest rates. While fixed rates can provide some certainty about costs during times of volatility in the crypto markets, variable rates can come in handy if the borrower thinks that prices will fall in the near future.

There are several things that make Monero unique. One of the project’s biggest aims is achieving the greatest level of decentralization possible, meaning that a user doesn’t need to trust anyone else on the network.

Privacy is achieved through a few distinctive features. Whereas each Bitcoin in circulation has its own serial number, meaning that cryptocurrency usage can be monitored, XMR is completely fungible. By default, details about senders, recipients and the amount of crypto being transferred are obscured — and Monero advocates says this offers an upper hand over rival privacy coins such as Zcash, which are “selectively transparent.”

Obfuscation is achieved through the use of ring signatures. Here, past transaction outputs are picked from the blockchain and act as decoys, meaning that outside observers can’t tell who signed it. If Ian was sending 200 XMR to Susan, this amount could also be split into random chunks to add a further level of difficulty.

To ensure that transactions cannot be linked to one another, stealth addresses are created for every single transaction that are only used once.

All of these distinctive features have led to XMR being increasingly used for illicit transactions instead of Bitcoin — especially on darknet markets. Governments around the world, especially the U.S., have also offered hundreds of thousands of dollars to anyone who can crack Monero’s code.

A major concern for some in the crypto industry centers on the levels of fragmentation seen in blockchain networks. There are hundreds in existence, but very few of them can communicate with each other. Cosmos aims to turn this on its head by making this possible.

Cosmos is described as “Blockchain 3.0” — and as we mentioned earlier, a big goal is ensuring that its infrastructure is straightforward to use. To this end, the Cosmos software development kit focuses on modularity. This allows a network to be easily built using chunks of code that already exist. Long-term, it’s hoped that complex applications will be straightforward to construct as a result.

Scalability is another priority, meaning substantially more transactions can be processed a second than more old-fashioned blockchains like Bitcoin and Ethereum. If blockchains are to ever achieve mainstream adoption, they’ll need to be able to cope with demand as well as existing payment processing companies or websites — or be even better.

Although staking is common across blockchains, Tezos has a unique twist on this process. Participants can get involved with the network’s governance through “baking,” where they effectively stake 8,000 XTZ. This creates a financial incentive to act honestly.

Bakers are then tasked with voting on proposed changes to the blockchain’s code in a four-step procedure that takes approximately 23 days. Proposals that receive support from the vast majority of participants are put through their paces on a testnet for 48 hours and are fully implemented if they are backed by a super-majority.

Tezos is also unique because of how it has started to be used by high-profile businesses. In September 2020, it was announced that the French banking giant Societe Generale planned to use this blockchain for experimenting with a central bank digital currency.

Big cryptocurrency exchanges such as Binance and Coinbase have also unveiled support for Tezos staking, meaning users can receive rewards based on the XTZ that they hold. This is not a feature that’s seen too widely across digital assets.

Algorand was invented to speed up transactions and improve efficiency, in response to the slow transaction times of Bitcoin and other blockchains. Algorand is designed so that there are very lower transaction fees, as well as no mining (like Bitcoin's energy-intensive process), as it is based on a permissionless pure proof-of-stake blockchain protocol.

According to its website, the goal of Dash is "to be the most user-friendly and scalable payments-focused cryptocurrency in the world." To accomplish this, the project relies on a network of masternodes, which are servers backed by collateral held in Dash that are designed to provide advanced services securely and governance over Dash's proposal system. In exchange for part of the block rewards, masternodes provide a second layer of services to the network. They facilitate functions such as InstantSend, PrivateSend and ChainLocks.

Dash is marketed to both individual users and institutions, including merchants, financial services, traders and those who need to send international remittances. In October 2020, Dash Core Group reported that its strategic objectives moving forward include building its ecosystem and brand, ensuring that users are satisfied and further advancing the technology behind the network.

Dash's governance system, or treasury, distributes 10% of the block rewards for the development of the project in a competitive and decentralized way. This has allowed the creation of many funded organizations, including Dash Core Group. In addition, the Dash Foundation, which advocates for the adoption of the cryptocurrency, receives donations and offers paid individual and institutional memberships.

According to co-founder Radomski, Enjin Coin is unique in that every token minted with Enjin Platform, the company's blockchain asset development platform that launched in February 2020, is directly backed by ENJ, giving in-game items real-world liquidity. Similarly, Blagov has stated that the company is focused on adoption, saying he imagines a future in which millions of gamers use digital items backed by Enjin Coin without even knowing it exists.

Enjin Coin uses a series of smart contracts to which game developers send ENJ to mint new, unique fungible or nonfungible ERC-1155 tokens. These tokens can be traded on the Enjin Marketplace, which launched in September 2019, or exchanged for their backing ENJ at any time. As more custom tokens are minted, more ENJ is removed from the ecosystem, thus making it scarcer.

According to its whitepaper, Enjin Coin uses a series of both on-chain and off-chain processes. When a transaction is completed within the Enjin ecosystem, a Trusted Platform contacts the users' smart wallets, and the website or game is updated immediately with a placeholder or nontradable version of the digital item until the transaction has been validated by the Ethereum blockchain. 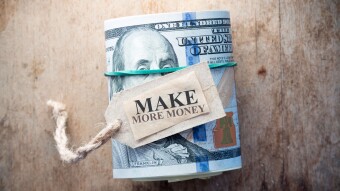 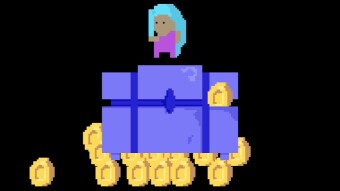 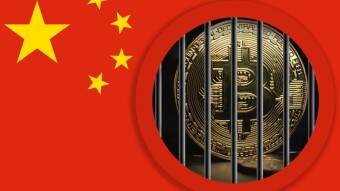