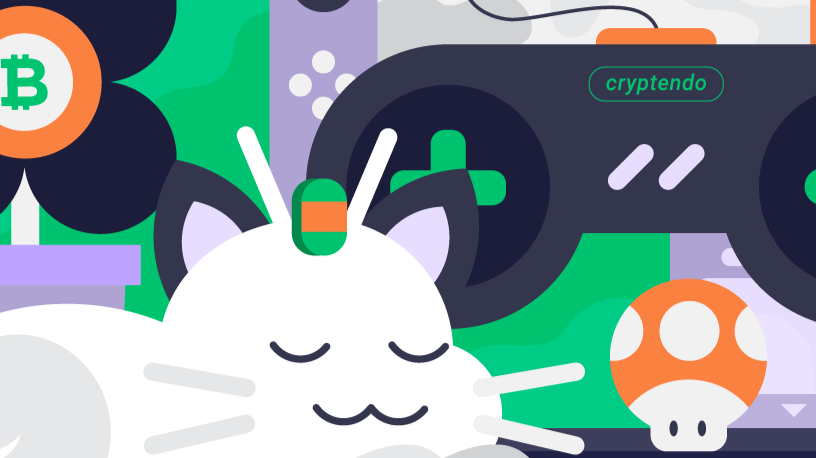 Blockchain is revolutionizing the financial industry as we know it, with many market analysts predicting an entire replacement of traditional payments, trading and banking systems. While blockchain and the financial industry may seem like a match made in heaven, there are definitely several more industries where blockchain can have a significant impact, and one of notable industries is gaming. With a combined market value of over $120 billion in 2019, the gaming industry could soon see yet another surge in growth with the greater adoption of blockchain technology.

The gaming industry has seen a lot of innovation over the last few years, from mass adoption of microtransactions to advancements in virtual and augmented reality. There is now a growing belief that blockchain could bring out the biggest leap forward yet for gaming. With the use of blockchain, game developers could create more transparency and trust in the gaming space.

Arguably the most notable success story to date of the marriage between blockchain technology and gaming was the CryptoKitties craze of 2017. The blockchain game was developed by Axiom Zen and allows players to collect, breed and trade virtual kittens. The game grew so popular that it had congested the Ethereum network, causing it to reach an all-time high in the number of transactions and slowing down the network significantly.
CryptoKitties operates as a non-fungible token with the Ethereum network as its backbone blockchain. Each CryptoKitty is unique and owned by the player, validated through the blockchain, and its value can change depending on the market. The virtual kittens are ‘breedable’ and carry a unique number and 256 bit distinct genome with DNA and different ‘cattributes’ that can be passed onto offspring. CryptoKitties cannot be replicated and transferred without the player’s permission even by the game developers.

So far, players have spent millions of dollars on the game, the most expensive CryptoKittie sold for 600 ETH, amounting to over $173,000 at the time. Due to the success of CryptoKitties, several other projects were launched based on the same concept such as Ethertulips, Etheremon, and Cryptobots.

Advancing the State of Play

The first foray of blockchain technology in gaming consisted of projects like breeding digital cats, card games or even digital casinos, but game developers are now beginning to ambitiously delve into the realms of massively multiplayer online (MMO) games and shared game universes. This latest endeavour is particularly interesting since the decentralized nature of blockchain allows for a game to be built in a world where not just the game developer has control, but all players can play an active role.

One such MMO blockchain is MMO role-playing game (RPG) Taurion.

The game is deeply rooted with the MMORPG experiment, Huntercoin, which launched back in 2014. This blockchain MMO project makes use of the XAYA blockchain to create something truly new and exciting. Players will experience an MMORPG experience that remains unburdened from the constraints inherent to past MMORPGs facilitated within traditional gaming environments.

Taurion utilizes blockchain technology to redefine the manner in which gamers play with one another. All aspects of the game are stored and shared directly on the XAYA blockchain. Players connect to the world and each other directly with one another. There are no centralized servers to be attacked or shut down. Since gameplay is enforced automatically and unyieldingly, in-game cheating becomes a thing of the past. Players maintain complete control of their character progress. They are also free to share, sell, or trade for in-game goods for real world currencies as they see fit, making for a potentially profitable game economy.

Another interesting application is the concept of a shared game universe. Players can create avatars to represent themselves virtually and interact with places, objects, and even other players. Some notable examples would be Decentraland, Cryptovoxels and Neoworld.

Just as blockchain technology could blur the lines between real and digital life, these game universes can also break the boundaries between game worlds themselves, a concept known as game interoperability. Through the power of blockchain, items or avatars could be transferable between different games, bringing about a digital multiverse. Much like the concept presented in the novel and film, “Ready Player One”. Game world interoperability would require unprecedented cooperation among game developers, but this could potentially recreate the gaming industry as we know it.

Is it a Necessary Step?

There are still many actors who believe that the adoption of blockchain in gaming and the concept of decentralization is not really needed. Even considering the application of blockchain as just a trend or gimmicky. Since with centralized control in a game, player experience is more streamlined and unified under one gaming studio. However, with how the gaming industry is headed, it is hard to believe that blockchain gaming development won’t see a healthy future.

Players are now more serious about gaming than ever before. It would be foolhardy to say that the application of blockchain technology would be a waste on the gaming industry.

Investing in the Future

With the vast market of gaming, the introduction of blockchain has already attracted many interested investors that are driving the gaming industry’s expansion to all new levels. There are now over 2.5 billion gamers around the world playing on either PCs, consoles or smartphones, meaning that 1 in 3 of the world’s population are involved in the industry. It is estimated that the industry’s market spend will grow to over $155 billion by the end of 2020.

As gaming is seen as one of the fastest growing industries in the world and blockchain begins to play an important role in creating more transparency for games, investors are quick to notice the long-term potential. A notable firm is SVK Crypto, who have invested in game developers such Azarus, High Fidelity and Mythical Games.