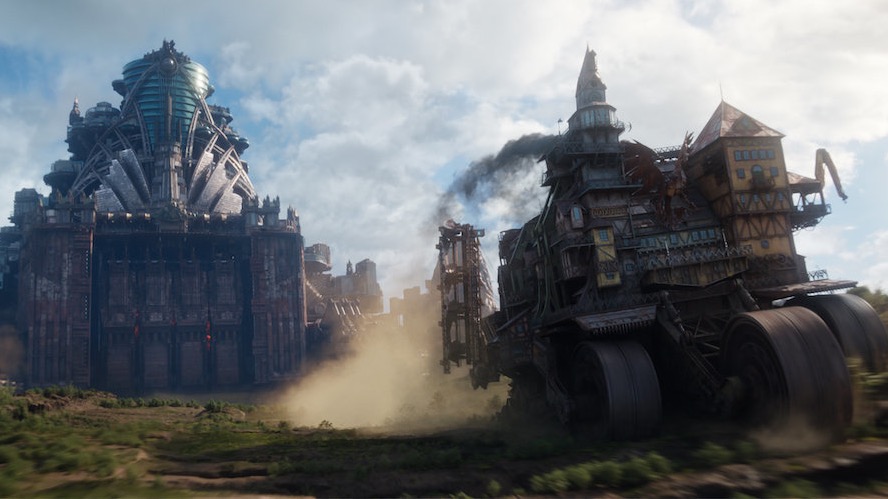 Just watched the movie and One thing that strikes me is the highly steampunk fantasy style.

The main premise feels like a story about society is in a post-apocalyptic world and cities have becoming large moving machines (Which have become metaphors for countries) with authoritarian governments swallowing up smaller cities machines for parts.

The film has a very high visual design of steampunk. Which is a treat if you like to watch that kind of aesthetic. I thought it was a fascinating trip into the steam punk word where cities are imagined as a hugh moving city devouring up smaller cities for parts. Design wise it's top notch from Weta Workshop and it really fleshed out the Post Apocalytic world in a nice fashion. There is a gritty feel and a well thought out design of how the inhabitants survive.

The characters were not that all drawn out Hester Shaw felt like we could not feel her need for revenge. Tom while starting out as a lowly historian rose up to the occasion to take on the Evil London City. He eventually got his dream fulfiled of being an aviator.

I can't comment about the acting but its really fits well into this world they did an ok job of fleshing out what it would be like to live in this kind of setting but nothing that draws me in or something I can relate to. It seems they are just there as a story guide rather than someone actually living there.

Sadly I read that this movie did not do so well which is a shame. It feels like a really interesting world seeing how much effort went into designing it. The story could have been more relatable as it does not reflect the times since the book was written so long ago. London does not really feel like a Super Power as it was portrayed in the Movie and it can get moving rather fast the pacing of the film.

But I feel if you need a good ride and effects filled film with a Post Apocalyptic setting, Mortal Engines is a nice movie that brings that to the screen.

Digital Designer and Wizard Storyteller 🧙‍♂️Learning about the Blockchain. Awaiting the Metaverse and Crypto to Collide.